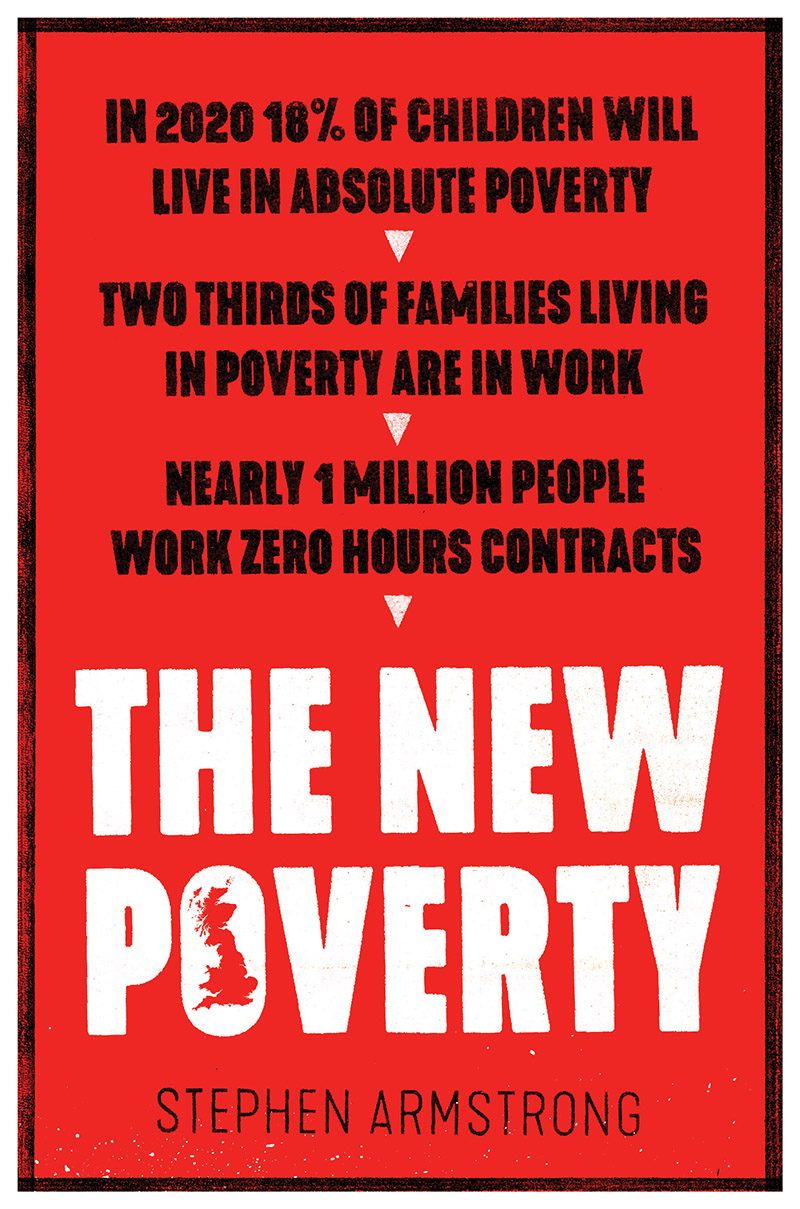 We are living in an age of unprecedented poverty. But who are the new poor? And what hope do they have?

The New Poverty is the story of an unreported Britain, betrayed by politicians and left stranded by the retreat of the welfare state. Today, 13 million people live below the poverty line in the UK. According to a 2017 report, one in five children belong to that number. The new poor are more often than not in work, living precariously, and enduring austerity policies that make affordable good-quality housing, good health, and secure employment increasingly unimaginable. Armstrong asks what long-term impact this will have on Brexit Britain and whether there are any solutions.

In this video Stephen Armstrong looks at the 5 “evils” outlined in the original Beveridge report, examining where we are now and why people have been so betrayed by the welfare state:

“Armstrong has gone to Wigan to expose a situation with depressing echoes of Orwell’s day: huge inequalities of wealth, comfort and life chances unaddressed by a government composed of distant, unsympathetic plutocrats and public schoolboys … The reasons for this apparent social shift, this new, ugly, public face of a lumpen proletariat Orwell rarely encountered, are many and complex. Most of them are surveyed in this forceful book. It is powerful stuff.”

“A visceral experience, punching through the layers of rationalisation, ignorance and self-interest separating those who live comfortably from those who don’t … The outstanding feature of The New Poverty is Armstrong’s persistent effort to connect local experience and action the systematic context in which poverty is not only thriving but also taking increasingly sinister forms”

“The private sector has failed. The state has withered. Stephen Armstrong explains why we have reached the tipping point now. So much could very soon be changed for the better, or become much worse.”

– Danny Dorling, author of Inequality and the 1%

“A hard-hitting exposé of the problems and suffering of people who are at the lower end of the pay scale … very much in the mould of George Orwell’s The Road To Wigan Pier and makes for uneasy, but essential reading.”

“Back in 1936, Orwell asked why people should live in poverty and despair in one of the richest countries in the world? Now, as this book shows, the cold hand of poverty is back. It is time to ask this government the same question: Why?”

“Defines the state of the nation.”

“Mixes hard facts with heartbreaking interviews, deploying the latter to give weight to the former and to make their abstractions more devastatingly real … Read this and you’ll realise that now is our time to act.”

“With singleness of purpose, Armstrong constructs a story of the new poverty around impeccable data, attention to lived experience, and heartening examples of resilience.”

Who are the new poor? And what can we do about it?

In these videos Stephen Armstrong looks at the erosion of the welfare state since the original Beveridge report in 1942, and builds up a shocking picture of what poverty looks like today.