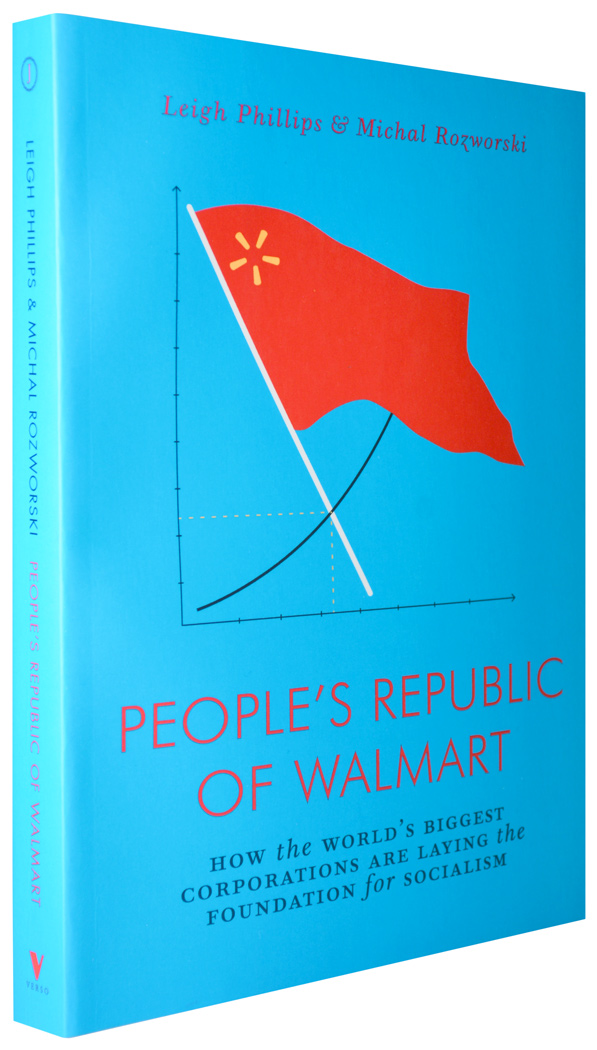 Since the demise of the USSR, the mantle of the largest planned economies in the world has been taken up by the likes of Walmart, Amazon and other multinational corporations

For the left and the right, major multinational companies are held up as the ultimate expressions of free-market capitalism. Their remarkable success appears to vindicate the old idea that modern society is too complex to be subjected to a plan. And yet, as Leigh Phillips and Michal Rozworski argue, much of the economy of the West is centrally planned at present. Not only is planning on vast scales possible, we already have it and it works. The real question is whether planning can be democratic. Can it be transformed to work for us?

“An audacious and exciting vision. The kind of thing with the power to start a new movement...I haven't stopped thinking about it since.”

– Cory Doctorow, author of Walkaway and Down and Out in the Magic Kingdom

“A tour de force through the history of economic planning, from the dark heart of capitalism to the self-management of workers, from the earliest agricultural civilizations to the cybersocialists of the twentieth century. Far from markets being the ahistorical basis of society, it is conscious human planning that has repeatedly been at the center of economic life. In the midst of new technologies, imminent climate change havoc, and economic stagnation, this book makes the passionate and persuasive case that democratic socialist planning is more necessary and more possible than ever before.”

“The book does very well the urgent job of bringing together a lot of potentially world-shaking ideas and facts that most people on the left and more widely just haven't heard about, and does it in a popular and engaging way.”

– Ken MacLeod, author of The Corporation Wars and Cosmonaut Keep

“An impressive accomplishment … the voice and writing style are wonderfully accessible without pandering. Here countless socialist arguments are presented clearly and powerfully, and I trust that it will give many others the confidence to speak as socialists.”

– Sam Gindin, coauthor of The Making of Global Capitalism

“Apologists for modern capitalism pretend that corporations are somehow the embodiment of entrepreneurial initiative, ambition, and innovative zeal. This remarkable book proves that nothing could be further from the truth. The modern mega-corp epitomizes planning and control – to a degree unmatched in human history. Phillips and Rozworski’s political conclusion is both timely and utterly subversive: if humans can construct large bureaucracies that ruthlessly maximize private profit, then clearly we can also construct large, efficient organizations that just as ruthlessly maximize human and environmental well-being.”

“Philips and Rozworski’s book is a timely exhortation to rethink the wisdom that markets always do it better.”

“Fast-paced and provocative. It offers readers a refreshing perspective on today’s highly planned capitalist enterprises, and the prospect of a new form of democratic, transparent and socialist planning.”

Top 25 selling ebooks of Red May

Our top 25 selling ebooks in the Red May sale.

5 books on socialism for the 21st century

In partnership with The World Transformed, we present reading that offers new alternatives to Capitalism. All 50% off until May 24th.