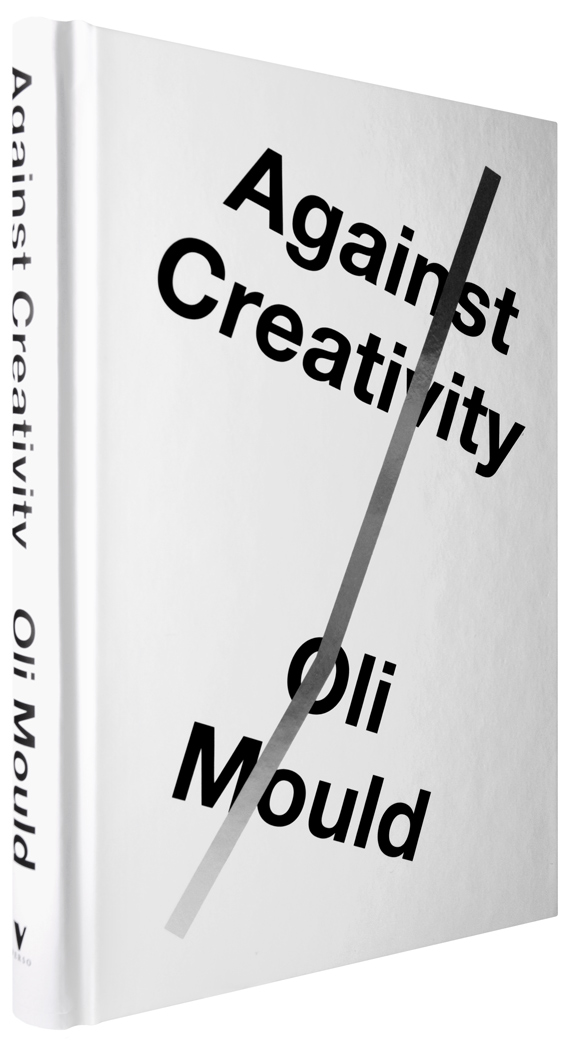 Everything you have been told about creativity is wrong

From line managers, corporate CEOs, urban designers, teachers, politicians, mayors, advertisers and even our friends and family, the message is “be creative’. Creativity is heralded as the driving force of our contemporary society, celebrated as agile, progressive and liberating. It is the spring of the knowledge economy and shapes the cities we inhabit. It even defines our politics. What could possibly be wrong with this?

In this brilliant, counter-intuitive blast, Oli Mould demands that we rethink the story we are being sold. Behind the novelty, he shows that creativity is a barely hidden form of neoliberal appropriation. It is a regime that prioritises individual success over collective flourishing. It refuses to recognise anything—job, place, person—that is not profitable. And it impacts on everything around us: the places where we work, the way we are managed, how we spend our leisure time.

Is there an alternative? Mould offers a radical redefinition of creativity, one embedded in the idea of collective flourishing, outside the tyranny of profit. Bold, passionate and refreshing, Against Creativity, is a timely correction to the doctrine of our times.

“For the past 20 years, creativity has been ubiquitous, an essential part of designs for office interiors, inner-city makeovers, and boosterish attempts by governments to redescribe precarious parts of their economies. It needs to be taken seriously—but it also, arguably, needs to be taken down. In this provocative, and often funny book, Oli Mould points up the absurdities of the creative economy, and some ways we might think beyond creativity.”

“There are few personal and collective traits that are prized more highly in neoliberal societies than 'creativity'. In this powerful and well-aimed critique, Oli Mould lifts the veil on this ideology, to reveal a set of economic and political forces, pushing all of us to bend to the needs of capital.”

– Will Davies, author of Nervous States

“Superb, thought-provoking. Mould turns the notion of the ‘creative worker’ on its head.”

“Mixes personal experience and sharp sociological analysis in a highly entertaining takedown of one of today’s most important ideological tropes: creativity. Oli Mould takes the reader on a rather intimate tour behind the flashy scene of creative work, creative people, creative politics, creative technology and, of course, the creative city. Fortunately, he doesn’t leave us in the real dystopia we discover along the way but shows us that a truly creative world is possible.”

– Sebastian Olma, author of In Defence of Serendipity

“A blistering critique … a pointed polemic that makes frequent and telling connections between creativity and social inequalities.”

Don't have time to read everything that catches your eye? Here we bring you 10 unmissable reads from this year.