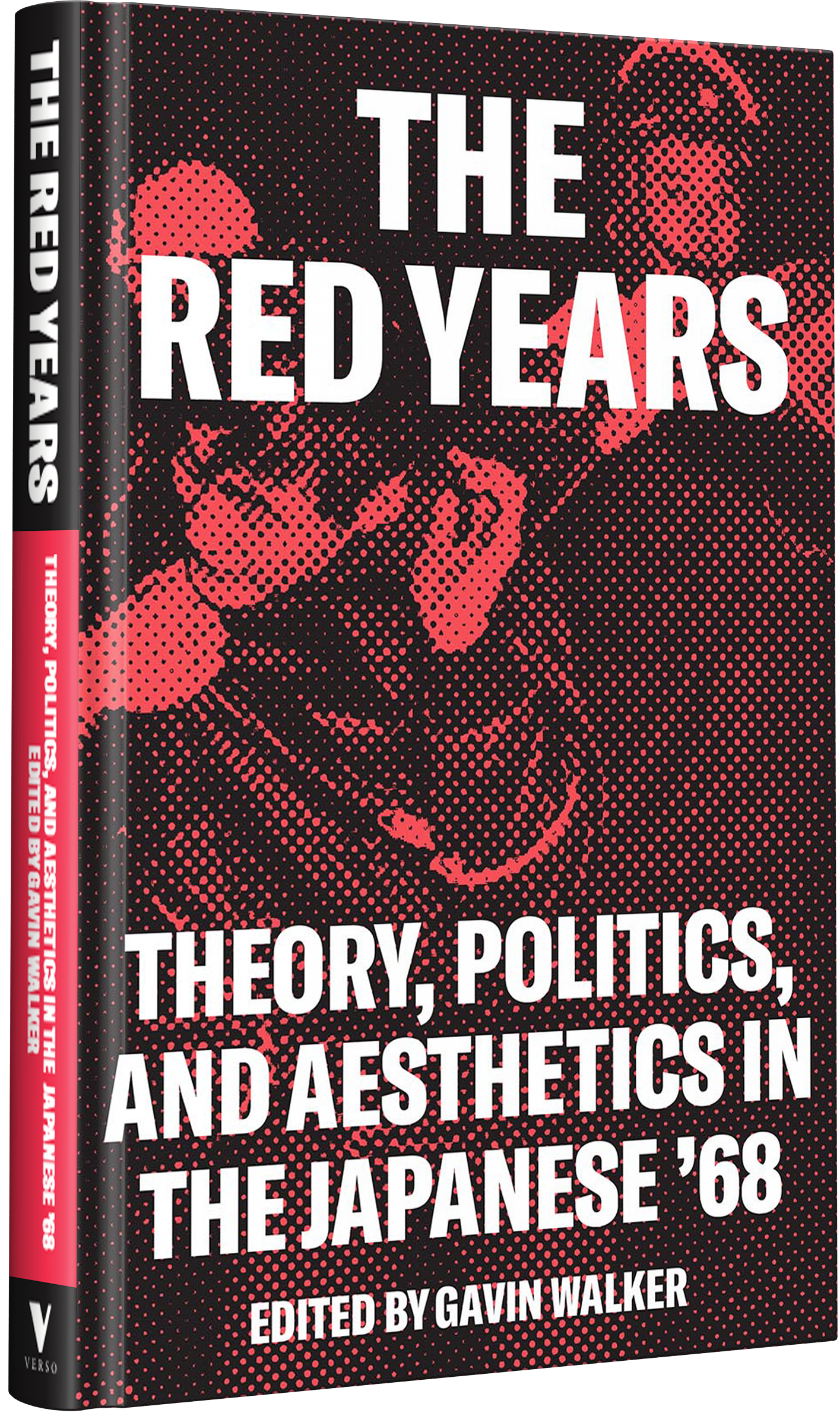 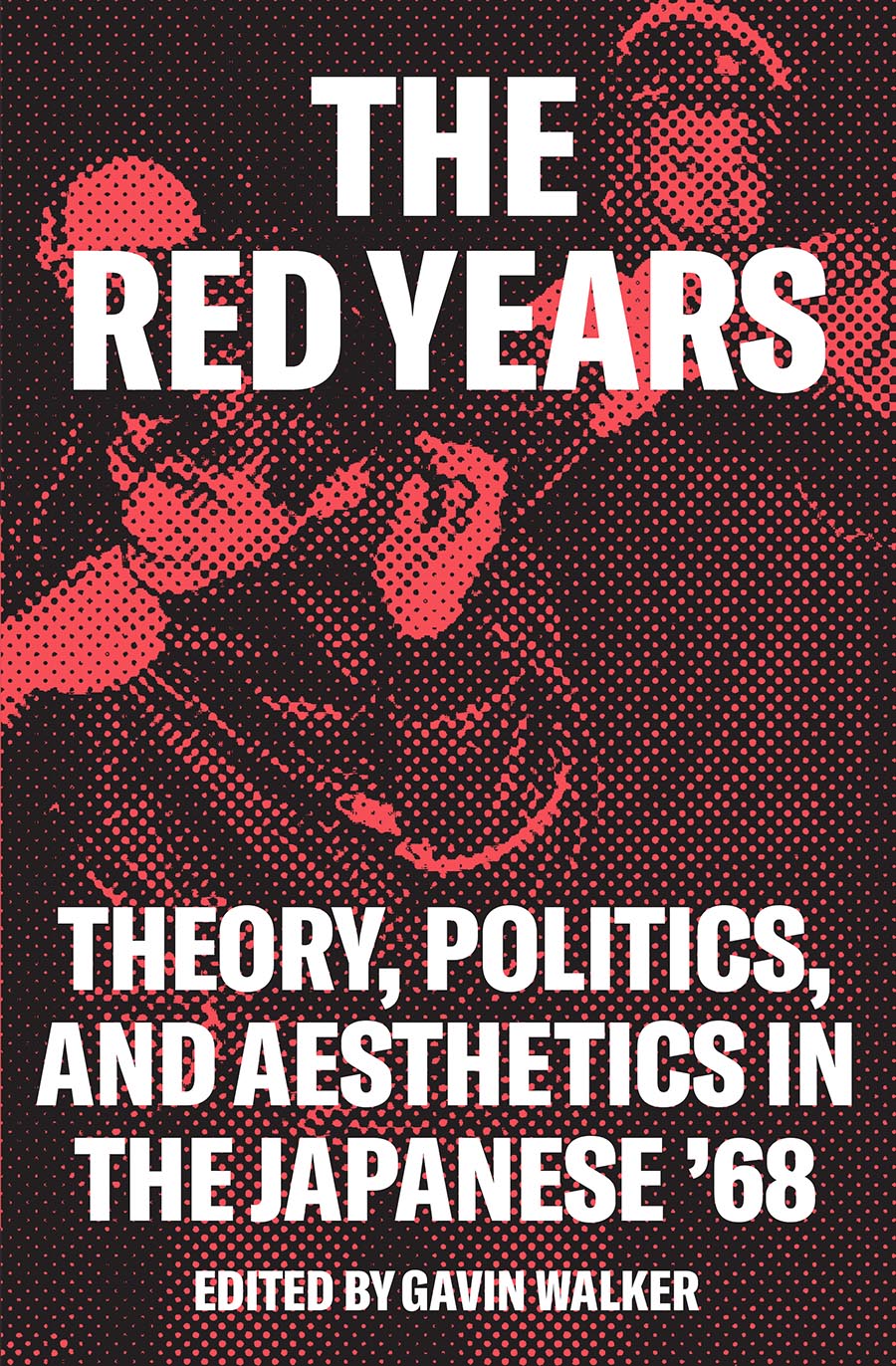 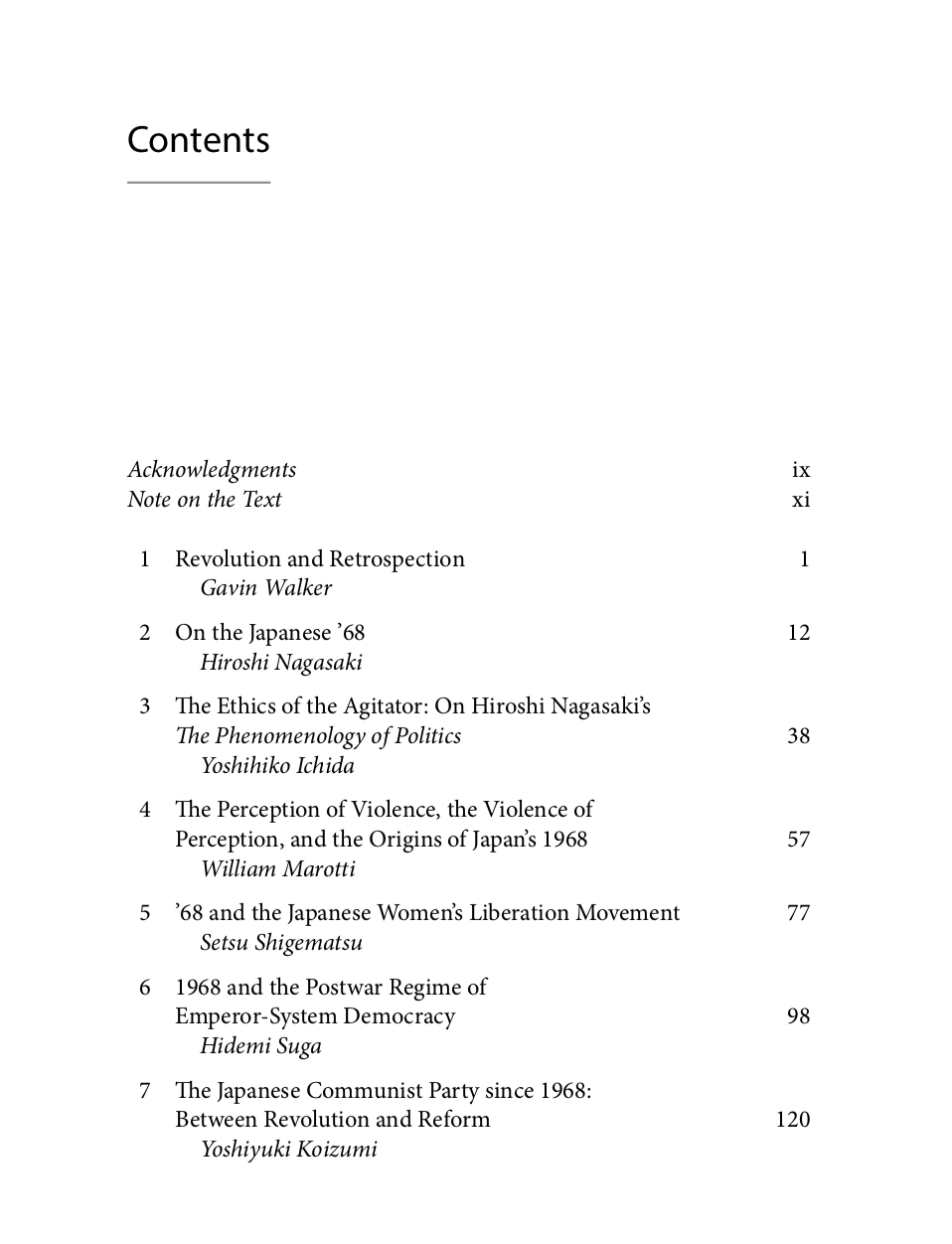 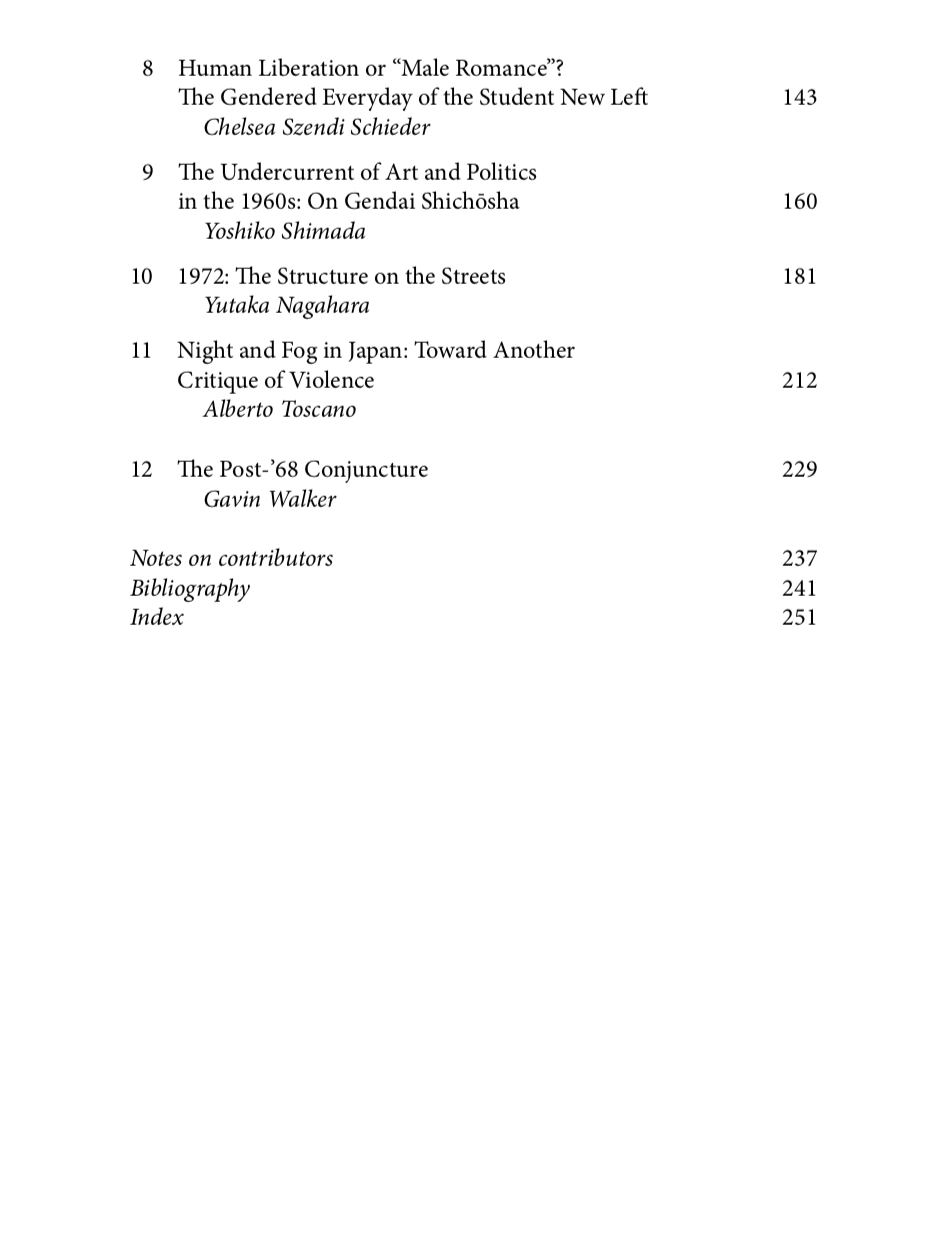 The story of Japan’s forgotten radical 1968

The analysis of May ’68 in Paris, Berkeley, and the Western world has been widely reconsidered. But 1968 is not only a year that conjures up images of Paris, Frankfurt, or Milan: it was also the pivotal year for a new anti-colonial and anti-capitalist politics to erupt across the Third World, a crucial and central moment in the history, thought, and politics of Asia, Africa, the Middle East, and Latin America. Japan’s position—neither in “the West” nor in the “Third World’—provoked a complex and intense round of mass mobilisations through the 1960s and early ’70s. Although the “’68 revolutions” of the Global North—Western Europe and North America—are widely known, the Japanese situation remains remarkably under-examined globally. Beginning in the late 1950s, the New Left, independent of the prewar Japanese communist moment (itself of major historical importance in the 1920s and ’30s), came to produce one of the most vibrant decades of political organization, political thought, and political aesthetics in the global twentieth century. In the present volume, major thinkers of the left in Japan, alongside scholars of the 1968 movements, reexamine the theoretical sources, historical background, cultural productions, and major organisational problems of the 1968 revolutions in Japan.

Contents include: Revolution and Retrospection, by Gavin Walker; On the Japanese ’68, by Hiroshi Nagasaki; The Ethics of the Agitator: On Hiroshi Nagasaki’s The Phenomenology of Politics by Yoshihiko Ichida; The Perception of Violence, the Violence of Perception, and the Origins of Japan’s 1968 by William Marotti; ’68 and the Japanese Women’s Liberation Movement by Setsu Shigematsu; 1968 and the Postwar Regime of Emperor-System Democracy by Hidemi Suga; The Japanese Communist Party since 1968: Between Revolution and Reform by Yoshiyuki Koizumi; Human Liberation or “Male Romance”? The Gendered Everyday of the Student New Left by Chelsea Szendi Schieder; The Undercurrent of Art and Politics in the 1960s: On Gendai Shichōsha by Yoshiko Shimada; 1972: The Structure on the Streets by Yutaka Nagahara; Night and Fog in Japan: Toward Another Critique of Violence by Alberto Toscano; and The Post-’68 Conjuncture by Gavin Walker.

“Gavin Walker’s extraordinary collection of essays on the long Japanese ’68 is a path-breaking contribution to a history capable of theorizing the present. Singly, each brilliant chapter illuminates new facets of the decade’s energetic politics of global insurrection. Together, they clarify how the political problem of ’68 continues to constrain the left . So long as defeat appears as liberation, even victorious struggles will reinforce what they aim to overthrow.”

“This invaluable collection redraws the political and philosophical maps that continue to frame our understanding of the last great challenge, on a world scale, to the dominant order of things. Walker’s The Red Years testifies to the exceptionally inventive and far-reaching scope of the rebellions that shaped Japan all through the 1960s and early ’70s, and it shows how their unended history, like that of other apparently defeated or ‘failed’ revolutions, continues to inspire principled defiance to this day.”

– Peter Hallward, author of The Will of the People and the Struggle for Mass Sovereignty

“The Red Years is an exciting collection that brings to life the original theoretical developments surrounding the Japanese 1968, which are not merely of historical interest but instead off er revolutionary potential for our political situation today.”

“The Red Years, edited by Gavin Walker, brings together a number of perceptive essays that seek to chart the convergence when, in the decade of the 1960s, Japan both broke out of a slumbered spell of isolation imposed by America’s long postwar domination, marking what writer and thinker Takeuchi Yoshimi proclaimed as the beginning of the Japanese Revolution, and encountered the epochal world historical conjuncture of May ’68 and a triumphalist Third World struggle against colonialism. If the former provided a release from an American-induced seclusion to turn Japanese society toward engaging the wider world, the latter sparked the production of new worldly thought that promised to realize the conjuncture’s revolutionary awakening. While May ’68 was a revolution that failed to happen, the globally driven perspectives of the essays in Walker’s The Red Years masterfully show the inscription of an energetic intellectual afterlife in the working-through of a mission to rescue the memory of rebellion’s ruins and reanimate its vanquished possibilities for a different historical time, and, as Gramsci might have advised, armed with the appropriate political vocation.”

The Red Years: an Interview with Gavin Walker on Japan's 1968

Gavin Walker on his new edited volume on the story of Japan's forgotten '68 in a global context and its relevance to contemporary struggles.