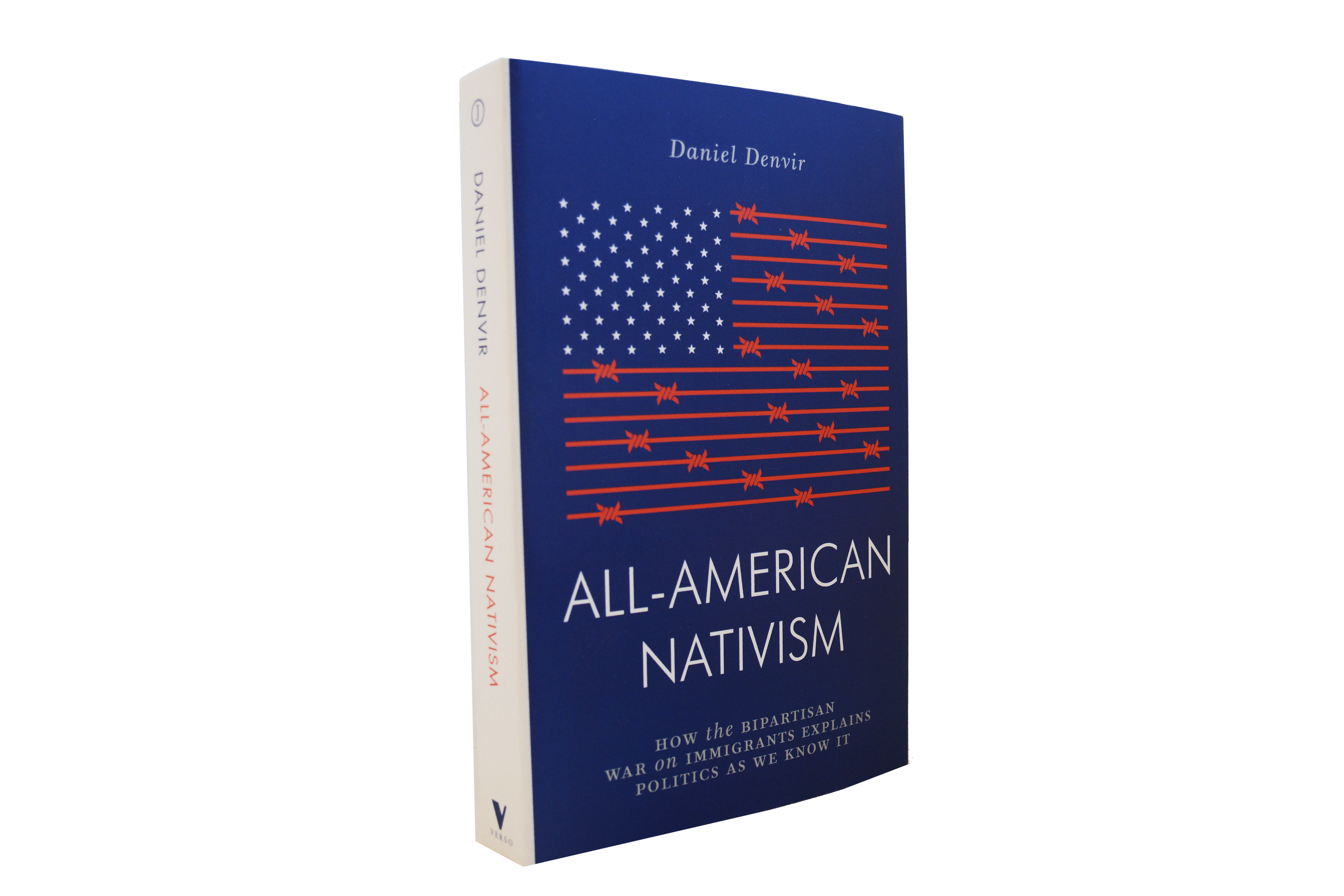 American history told from the vantage of immigration politics

It is often said that with the election of Donald Trump nativism was raised from the dead. After all, here was a president who organized his campaign around a rhetoric of unvarnished racism and xenophobia. Among his first acts on taking office was to block foreign nationals from seven predominantly Muslim countries from entering the United States. But although his actions may often seem unprecedented, they are not as unusual as many people believe. This story doesn’t begin with Trump. For decades, Republicans and Democrats alike have employed xenophobic ideas and policies, declaring time and again that “illegal immigration” is a threat to the nation’s security, wellbeing, and future.

“As Daniel Denvir’s exceptional book shows, the history of US immigration politics is central to understanding how our many crises have converged in this moment. It’s precisely the kind of analysis our movements need to pry open the fissures of the current order, and join in common struggle for a better world.”

– Naomi Klein, author of No Is Not Enough

“This is the book we need, a searing work of scholarship that explains how we entered the current hellscape of American politics and what we have to do to get out. The roots of white nativism are deep, as Denvir’s book makes clear, but like all roots can be pulled up and killed. All-American Nativism will help us do so.”

“In this timely book, Daniel Denvir tackles an important question: what is old and what is new in Trump’s nativism? Denvir helps us understand both the historical roots and the more recent routes by which ‘build the wall’ came to be the central rallying cry of racial-nationalism. A must-read for anyone who wants to know how we got here.”

“All American Nativism excavates the history of anti-immigrant politics in the United States and reveals a difficult truth: Donald Trump is the symptom, and not the cause, of a bipartisan consensus underlying the current war on immigrants. In this sense, Denvir’s book is an invaluable tool for organizers and activists who subscribe to what Paulo Freire meant by praxis, where reflection and action are required to bring about transformative change.”

“All-American Nativism powerfully explores the deep roots of nativism in national life as well as how Trump’s agenda is itself the culmination of the policies and the logic pursued for decades by both major parties. In the process, Daniel Denvir masterfully demonstrates the relationship between today’s debates over immigration and ongoing struggles against neoliberal austerity, mass incarceration, and the violence of the security state. In this way, the book not only offers a diagnosis of the present, but also a stirring vision of solidarity and change. This is an essential and profound work, providing critical insights about the American experience and where to go from here.”

– Aziz Rana, author of The Two Faces of American Freedom

“Traces the development of anti-immigrant sentiment.”

“Shimmers with frustration and rage.”