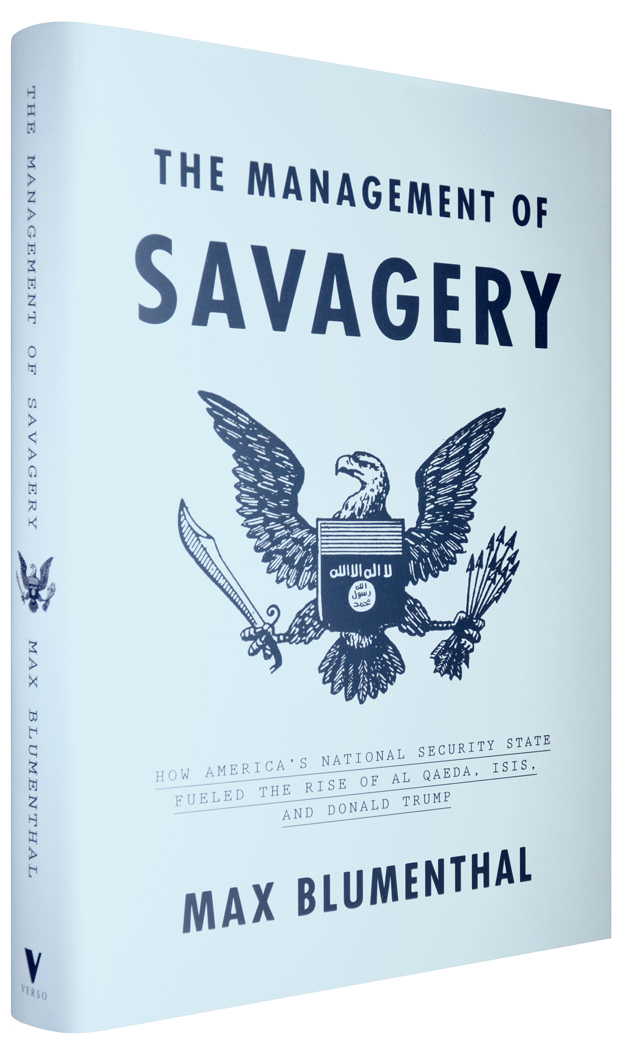 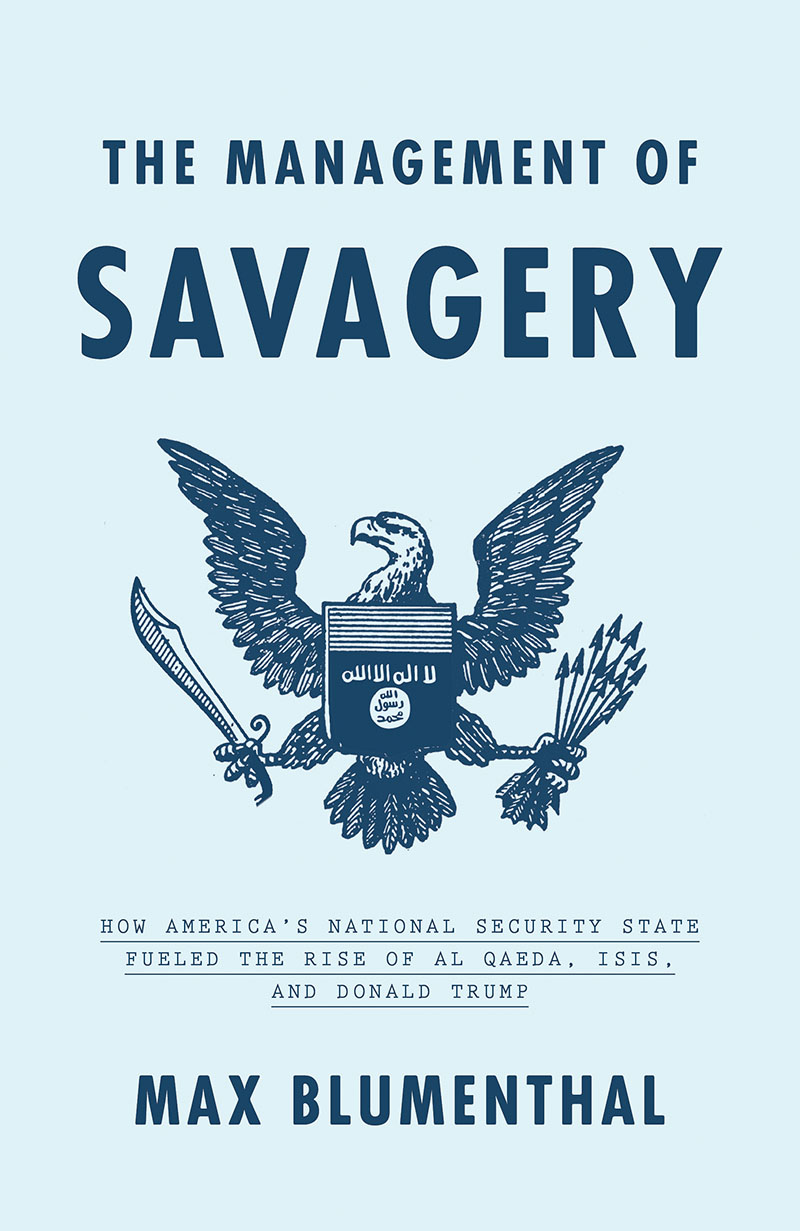 The rise of international jihad and Western ultra-nationalism

In the Management of Savagery, Max Blumenthal excavates the real story behind America’s dealings with the world and shows how the extremist forces that now threaten peace across the globe are the inevitable flowering of America’s imperial designs.

Washington’s secret funding of the mujahedin provoked the Russian invasion of Afghanistan in 1979. With guns and money, the United States has ever since sustained the extremists, including Osama Bin Laden, who have become its enemies. The Pentagon has trained and armed jihadist elements in Afghanistan, Syria, and Libya; it has launched military interventions to change regimes in the Middle East. In doing so, it created fertile ground for the Islamic State and brought foreign conflicts home to American soil.

These failed wars abroad have made the United States more vulnerable to both terrorism as well as native ultra-nationalism. The Trump presidency is the inevitable consequence of neoconservative imperialism in the post–Cold War age. Trump’s dealings in the Middle East are likely only to exacerbate the situation.

“Max Blumenthal has spent the last decade transforming himself into one of the most vital voices in journalism today, always speaking truth to power with fearlessness and integrity.”

“One of the finest and most intrepid journalists working in America today.”

“A thought-provoking disturbing book about America’s foreign wars and the impact on the USA itself. Max Blumental cuts through official propaganda to the facts. He illuminates the darker corners of foreign policy drawing incisive and unnerving conclusions we ignore at our peril. He is a courageous and essential commentator for our troubled times. We all need to read this book to better understand the world we live in.”

“Insighful . . The failure, as Blumenthal writes, to place these conflicts in context, to examine our own complicity in fueling a justifiable anger, even rage, dooms us to perpetual misunderstanding and perpetual warfare. Our response is to employ greater and greater levels of violence that only expand the extremism at home and abroad.'”

“The strength of the book is in connecting the dots, and the masterful narrative it weaves together. Most readers will find much that is new to them. A journalistic achievement whose importance could barely be exaggerated.”

“A useful antidote to the torrents of proempire bilge promoted by conservatives and liberals alike.”

“Blumenthal’s angry book provokes anger, as well it should. He makes a convincing case that the cynical and failed policies of America’s secretive military-intelligence apparatus helped deliver Trump into the Oval Office.'”

“A far more cogent explanation for the US wars in Afghanistan along with Iraq, Somalia, Sudan, Yemen, Libya, and Syria. It reads like a real-life whodunit tracing the shadowy back channels of the CIA, FBI, DIA, and NSA piping jihadists around the greater Middle East to create chaos only to find their assets turning against them. Besides being well written, the analysis of the maturation of the neoliberal imperial project by the world’s sole remaining superpower illuminates the current bi-partisan consensus for militarism.”

“a serious read for anyone that wants to understand the role that US Foreign Policy played in the arrival of Jihadists groups like al-Qaeda, al-Nusra and ISIS. And the arrival of Trump. . . .”