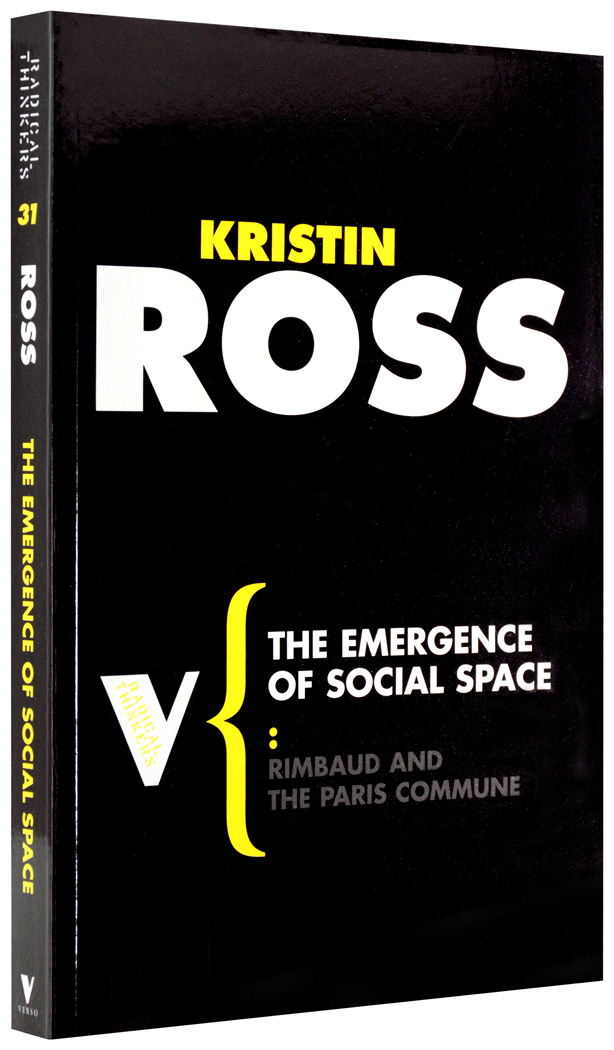 A thrilling ride through the literature of Rimbaud in a France in the throes of revolution.

Central to her analysis of the Commune as a social space and oppositional culture is a close textual reading of Arthur Rimabaud’s poetry. His poems – a common thread running through the book – are one set of documents among many in Ross’s recreation of the Communard experience. Rimbaud, Paul Lafargue, and the social geographer Élisée Reclus serve as emblematic figures moving within and on the periphery of the Commune; in their resistance to the logic and economy of the capitalist conception of work, in their challenge to work itself as a term of identity, all three posed a threat to the existing order. Ross looks at these and other emancipatory notions as aspects of Communard life, each with an analogous strategy in Rimbaud’s poetry. Applying contemporary theory, to a wealth of little-known archival material, she has written a fresh, persuasive, and original book.

“A fascinating cultural history of the Commune.”