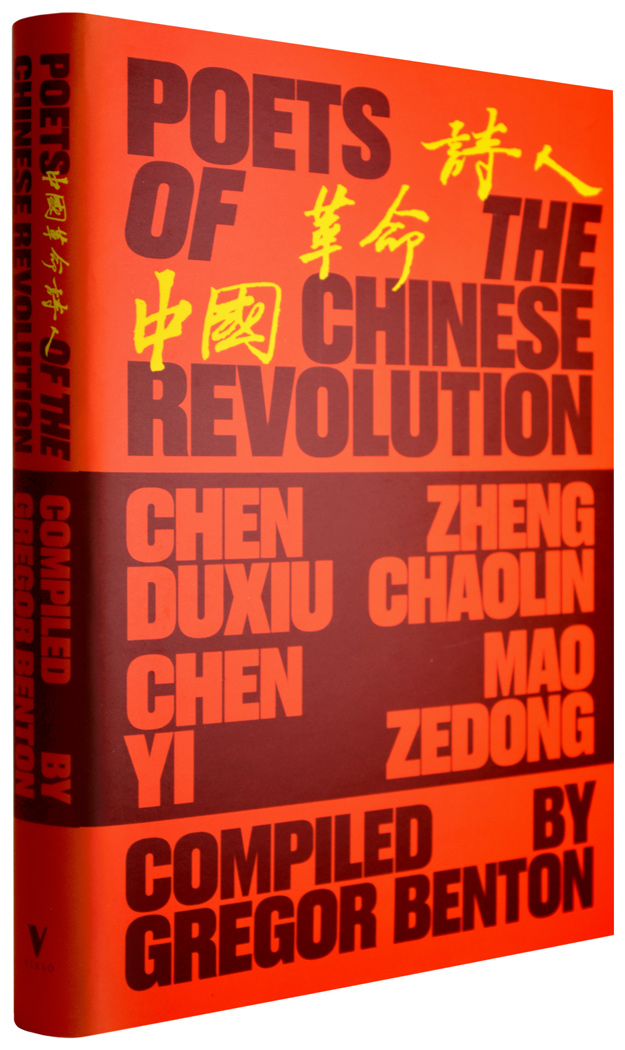 How poetry and revolution meshed in Red China

The Chinese Revolution was a complex and protracted event staged by competing groups and individuals with different hopes and expectations. Its veterans included many poets, four of whom feature in this anthology. Poetry has played a different role in China—and in the Chinese Revolution—than in the West. In the Chinese tradition, poetry is collective and collaborative. But, in life, the four poets in this collection were entangled in opposition and, at times, regarded one another with bitter hostility.

The four poets, whose work is collected in English translation here alongside the Chinese originals, all wrote in the classical style, but their poetry was no less diverse than their politics. Chen Duxiu led China’s early cultural awakening before founding the Communist Party in 1921. Mao Zedong led the party to power in 1949. Zheng Chaolin, Chen Duxiu’s disciple and, like him, a convert to Trotskyism, spent thirty-four years in jail, first under the Nationalist regime and then under their Maoist nemeses. The guerrilla leader Chen Yi wrote flamboyant and descriptive poems in mountain bivouacs and in the heat of battle. Together, the four poets illustrate the complicated relationship between the Communist Revolution and Chinese cultural traditions.

“While poetry for sure has, as T. S. Eliot noticed, a stubborn relationship to nationalism, the list of revolutionaries who are also poets is long and robust. This book collects the work of four Chinese poet-revolutionaries Chen Duxiu, Zheng Chaolin, Chen Yi, and Mao Zedong. All of them were using poetry’s long traditional formalism and conventions so as to wrestle with and better understand the upheavals of the Communist revolution. The complications of their work have for too long been overlooked in the endless debates about poetry and politics that define our contemporary moment. There is much that is crucial in these beautifully done translations.”

– Juliana Spahr, author of Well Then There Now

“Interpreting revolution broadly and translating poetry generously, this volume introduces and deepens the seemingly heretical idea that political radicalism and cultural traditions can sustain a productive historical dialogue. Each of the four ‘red’ poets draws on classical forms and imageries to produce utterly new senses and sensations of China and political possibility through the twentieth century. Achieving the almost miraculous, Benton’s translations are faithful, rhythmic, and idiomatic in all the ways one would hope of a poetry collection. A pure pleasure, and a pure inspiration.”

“Gregor Benton and Feng Chongyi’s edited collection of translations of the poetry of the Chinese Revolution offers a fascinating glimpse into an understudied body of what the editors call ‘Red poetry in the classical style.’ Invoking forms of cultural authority long associated with the practice of governance, these poems translate the lived experience of political upheaval, disappointment, and despair into classical poetic idioms in an era when such traditions were subject to increasingly intensive criticism. As a result, these poems present a radically unfamiliar lyric history of the Chinese revolution. Accompanied by lively editorial contextualization, a generous annotated selection of the poetry of Zheng Chaolin, in particular, is a revelation—offering measured but pointed political commentary on everything from rapidly shifting political circumstances inside China, to Soviet science fiction novels and Henryk Sienkiewicz’s Quo Vadis. In Benton and Feng’s hands, an intimate, impressionistic, and extraordinarily affecting biography emerges of this neglected dissident poet who spent much of his life in prison for a singular commitment to a ‘revolution without breaks or interruptions.’”

“This is an outstandingly original work that offers penetrating insight into the many-sided relationship between making revolution and writing poetry in the Chinese classical tradition. The translations are wonderfully sensitive. Each poem is superbly contextualised and meticulously annotated. A truly great work.”

– Stephen A. Smith, University of Oxford, author of Red Petrograd: Revolution in the Factories, 1917–1918 and editor of The Oxford Handbook of the History of Communism

Our top books from the year - all in one place.