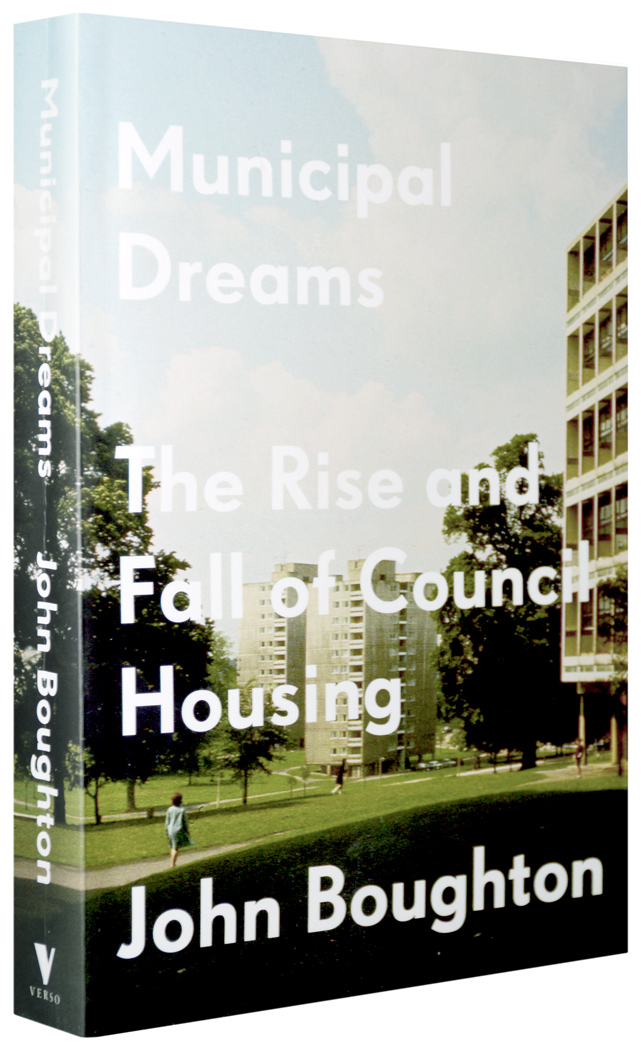 In this landmark reappraisal of council housing, historian John Boughton presents an alternative history of Britain. Traversing the nation, he offers an architectural tour of some of the best and most remarkable of our housing estates, and in doing so offers an engrossing social history of housing in Britain. John Broughton’s account includes extraordinary planners and architects who wished to elevate working men and women through design. The politicians who shaped their work and the competing ideologies that have promoted state housing and condemned it. The economics that have always constrained our housing ideals. As well as the crisis wrought by Right to Buy, and the evolving controversies around regeneration. Boughton shows how the loss of the dream of good housing for all is a danger for the whole of society—as was seen most catastrophically in the fire at Grenfell Tower.

“For the past few years his writing has been an elegant and compendious ongoing exploration of Britain’s social history through its council estates. The book celebrates an era during which dreams of shelter and security for all—not just those who could afford to purchase it—were in large part made a reality, and asks us if we oughtn’t to consider reviving that dream before it gets destroyed completely … There couldn’t be a better time for this book.”

“Reveals a parallel universe, seemingly familiar but deeply strange. Municipal Dreams maps a country where major aspects of city building were considered by both sides of the political spectrum to be far too important to be left to the rentier and the developer. Boughton’s book works as a gazetteer of public achievement—from Arts and Crafts cottages to modernist monuments to ordinary streets, from Hammersmith to Hull—and a nuanced but polemical tale of how the municipal idea was destroyed, revealing the caricatures and pseudo-history that were used to convince us that the places built to swindle us were better than the places we built for ourselves to live in.”

“Boughton traces this history well. A fine survey of an astonishing achievement.”

“This serious, heartfelt book makes a convincing case that publicly provided homes have to be at least part of the response to the dysfunctional state that British housing has now attained.”

“Follows the epic story of British council and social housing from its Victorian origins to twentieth-century estates, the Right to Buy, and the Grenfell fire. While every page is rich with fascinating detail, Boughton also tells the grand narrative of how modern housing was created for millions, and how that dream has been cynically and carelessly undermined. This is an inspiring read and a necessary corrective to the myths that seek to destroy one of the most important struggles of our times—the drive for decent housing for all.”

“Crucial for understanding the state of housing in Britain. Through an impassioned and detailed description of how council housing was created, transformed, and ultimately undermined, Boughton explains the origins of the current crisis. Municipal Dreams proves that an alternative housing system is not only possible, but was once the goal of policymakers, architects, and citizens across the UK—and could be again.”

– David Madden, author of In Defense of Housing

“A hugely timely book, making the case for decent social housing through a detailed and fair-minded history. Everyone should read it.”

“Detailed history of social housing in the UK.”

“A well-written, humane and even-handed appraisal of the successes and failures of municipal and national housing programmes from the 1890s to the present.”

“Illuminates one of the biggest issues of contemporary Britain, the inadequacies of its housing supply.”

“Part celebration of housing achievements, part lament for what we have lost, part rallying cry for getting it back, tells a history that too many have forgotten.”

– Jules Birch, Inside Housing, Books of the Year

“A deeply informed account of the ways in which local and national governments in the UK have or have not sought to provide affordable housing for their citizens.”

“Despite the crowded field, Boughton’s book has quickly established itself as a landmark text in the reevaluation of the legacy of council housing, a sober, thorough work that reminds us of some of the most significant achievements of Britain’s postwar ‘social democratic moment.”