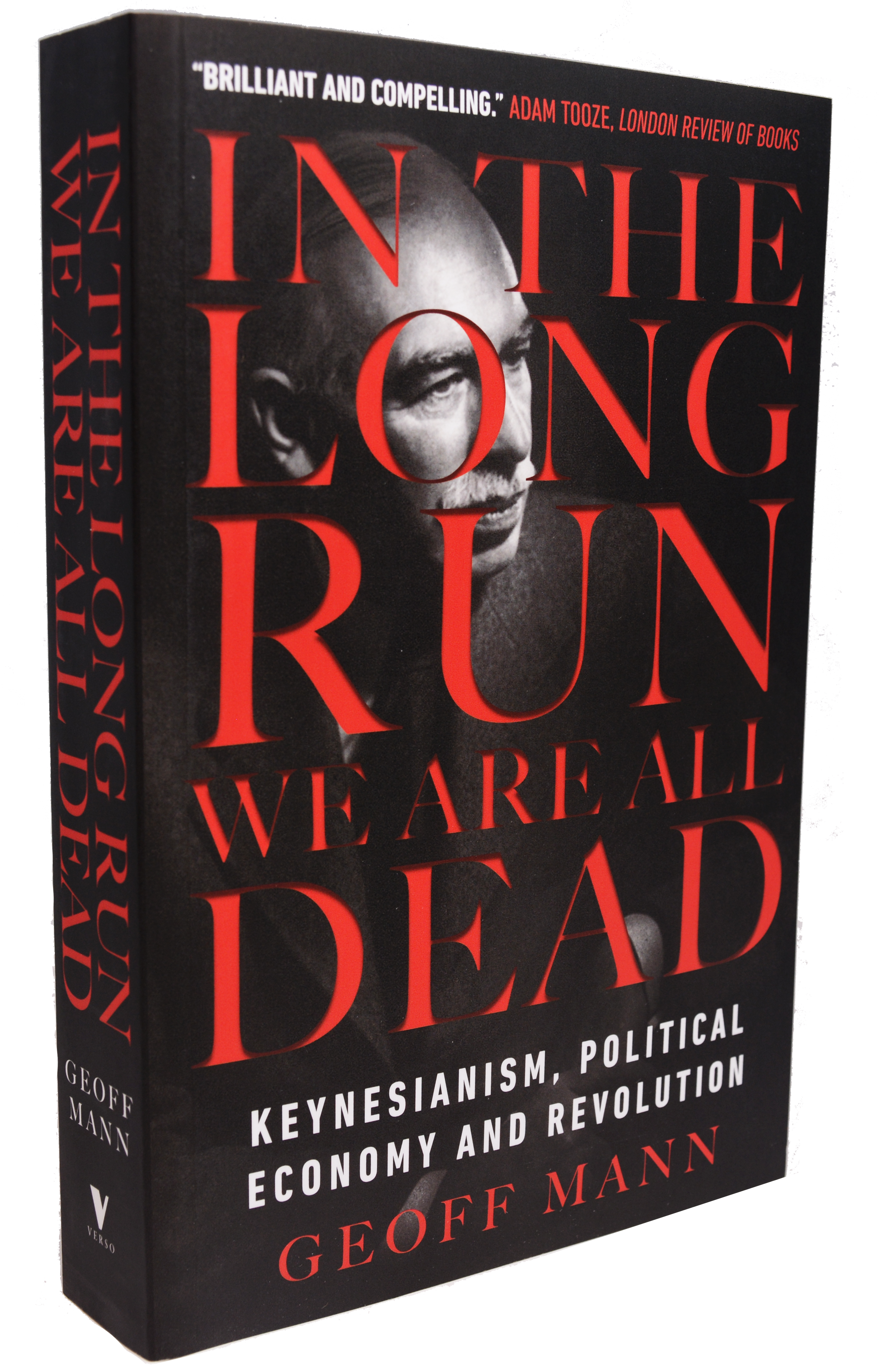 A groundbreaking debunking of moderate attempts to resolve financial crises

In the ruins of the 2007–2008 financial crisis, self-proclaimed progressives the world over clamoured to resurrect the economic theory of John Maynard Keynes. The crisis seemed to expose the disaster of small-state, free-market liberalization and deregulation. Keynesian political economy, in contrast, could put the state back at the heart of the economy and arm it with the knowledge needed to rescue us. But what it was supposed to rescue us from was not so clear. Was it the end of capitalism or the end of the world? For Keynesianism, the answer is both. Keynesians are not and never have been out to save capitalism, but rather to save civilization from itself. It is political economy, they promise, for the world in which we actually live: a world in which prices are “sticky,” information is “asymmetrical,” and uncertainty inescapable. In this world, things will definitely not take care of themselves in the long run. Poverty is ineradicable, markets fail, and revolutions lead to tyranny. Keynesianism is thus modern liberalism’s most persuasive internal critique, meeting two centuries of crisis with a proposal for capital without capitalism and revolution without revolutionaries.

If our current crises have renewed Keynesianism for so many, it is less because the present is worth saving, than because the future seems out of control. In that situation, Keynesianism is a perfect fit: a faith for the faithless.

A reader's companion to In the Long Run We Are All Dead, and a beginner’s guide to The General Theory - useful for anyone interested in what the book actually says and does not say; explaining Keynes’s ideas, the reasons he thought they were new, and the older theories he hoped to supplant.

“There have been many biographies of Keynes and many histories of the ‘Keynesian revolution in government.’ Mann’s book belongs to neither category. Brilliant … compelling.”

“A detailed, fast-flowing account of how repeatedly guileful Keynesianism crisis management has saved the elite by reengineering tragedy … rewarding reading.”

– Danny Dorling, author of Inequality and the 1%

“Mann’s treatment of Keynes is a very interesting effort to situate his work in a longer political and philosophical debate going back to the French revolution. He treats Keynesianism as the alternative to economic collapse and/or revolution and argues that insofar as leftists have come to embrace it, they have quite explicitly given up hope for an alternative to capitalism.”

– Dean Baker, author of The End of Loser Liberalism

“Mann makes it clear that Keynes’s critique of liberalism can be found already in Hegel; and that now we need to leave behind the caution of the great philosopher and the great economist, thus realizing a radical alternative to capitalism. This is a provocative, original and brilliant book.”

“Urgent and lucid … A bravura inquiry into the intellectual history of the present and the ambiguous vitality of Keynes’s General Theory.”

– Alberto Toscano, author of Fanaticism: On the Uses of an Idea

“A critical rereading of Keynes, who comes across less as the liberal reformist intent on keeping capitalism (and the bourgeois order) intact, than someone attentive to the tensions within the system and, for all of its flaws, fearful of the grave dangers of leaping toward an unknown revolutionary future. In the Long Run We Are All Dead makes for a startling, bracing and important read.”

“They say that we are all Keynesians in a foxhole, but In the long run we are all dead goes much deeper. Profound and provocative, the book turns political and intellectual history inside out, offering nothing short of an original critique of the political economy of liberal government and capitalist modernity. Far from a pedantic discussion of what Keynes really meant, Mann takes us from Hegel to Picketty, and much in between, in search of what Keynes and Keynesianism really mean. His answers are sometimes surprising, occasionally unsettling, and never less than urgently relevant.”

“In Geoff Mann’s account, Keynesianism ultimately helped sever economists from their own rich tradition of heretical political philosophy and reduced them to platitudinous apologists for plutocracy…[this] is more provocative for what it implies, and sometimes outright asserts, about contemporary economics and the precarious civilization it promises to preserve.”

“Geoff Mann’s stimulating book identifies a current of critical thought which stretches at least from the French Revolution, through Hegel and Keynes, to the present.”

“Geoff Mann’s fascinating, if idiosyncratic, account of Keynesianism is punctuated by long forays into the history of philosophy, the history of the French Revolution and the history of economic thought. The book is broad in scope and imaginative. And the co-existence of poverty and plenty is just one of several overarching tensions animating the account.”

“Enjoyable … will appeal to general readers as well as those with specialist knowledge … Readers who want to find the answers to radical critiques of Keynesianism will be inspired by the book’s robust discussions of questions around revolution, political economy and liberty.”