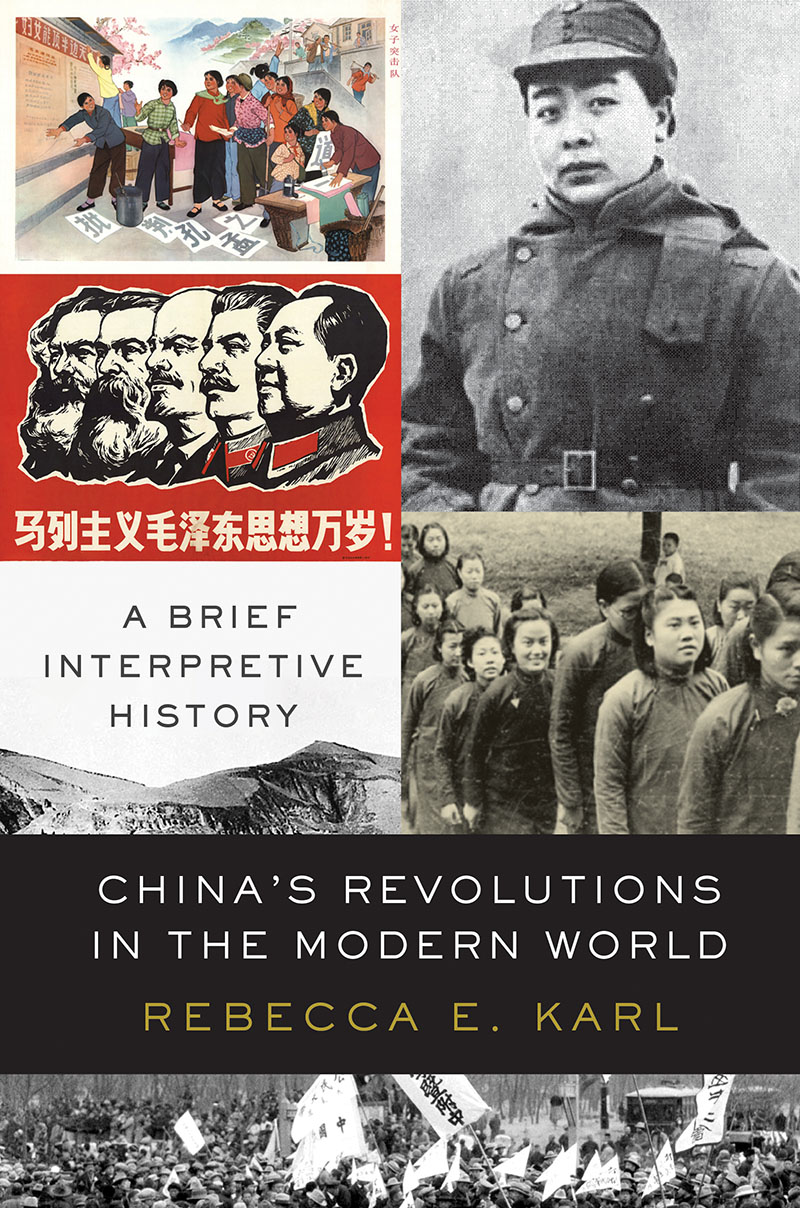 China’s emergence as a twenty-first-century global economic, cultural, and political power is often presented as a story of what Chinese leader Xi Jinping calls the nation’s “great rejuvenation,” a story narrated as the return of China to its “rightful” place at the center of the world.

In China’s Revolutions in the Modern World, historian Rebecca E. Karl argues that China’s contemporary emergence is best seen not as a “return,” but rather as the product of revolutionary and counter-revolutionary activity and imaginings. From the Taipings in the mid-nineteenth century through nationalist, anti-imperialist, cultural, and socialist revolutions to today’s capitalist-inflected Communist State, modern China has been made in intellectual dissonance and class struggle, in mass democratic movements and global war, in socialism and anti-socialism, in repression and conflict by multiple generations of Chinese people mobilized to seize history and make the future in their own name. Through China’s successive revolutions, the contours of our contemporary world have taken shape. This brief interpretive history shows how.

“Rebecca Karl brings to life in wonderful detail the successive revolutionary moments that constituted modern China, illuminating their importance even when they failed to achieve their goals. Although that modern world may now be behind us, Karl shows how the modern Chinese experiments provide an essential basis for thinking revolution in our future.”

“How do we reckon with “state communism” and the twentieth-century revolutions now that they have passed? This is not an abstract question, but a pressing concern for all those who are committed to the long struggle against capitalism during the current interregnum. Rebecca Karl’s China’s Revolutions in the Modern World underscores the centrality of China’s revolutionary experience to global modernity, and, through an analysis of China’s one and a half centuries of revolution in its many permutations, offers readers a deepened understanding of revolution itself.”

“China’s Revolutions in the Modern World is an insightful, sometimes provocative, and always readable survey of the most tumultuous events in China’s history. Karl provides a convincing narrative of political, social, and intellectual change while offering a unique global perspective as well as nuanced discussions of gender and historiographical issues. This book would make an excellent introductory text in university undergraduate courses.”

– Peter Zarrow, author of China in War and Revolution, After Empire: The Conceptual Transformation of the Chinese State, and Educating China

“A tour de force re-narration of modern China’s revolutionary moments. Written with uncommon grace and lucidity, Karl invites readers to rethink China’s past as lived creations of the present and explorations of possible futures. A spectacular achievement!”

– Ching Kwan Lee, author of The Specter of Global China

“Karl blows away the manufactured fog that has obscured our understanding of China’s radical history. She allows us to see the patterns of serial revolution that have brought so much turmoil and innovation to modernity. Breathtaking and indispensable!”

“A concise and thought-provoking overview of nearly two centuries of Chinese revolutionary movements by historian Rebecca Karl, starting with the Taiping Rebellion which broke out in 1850.”