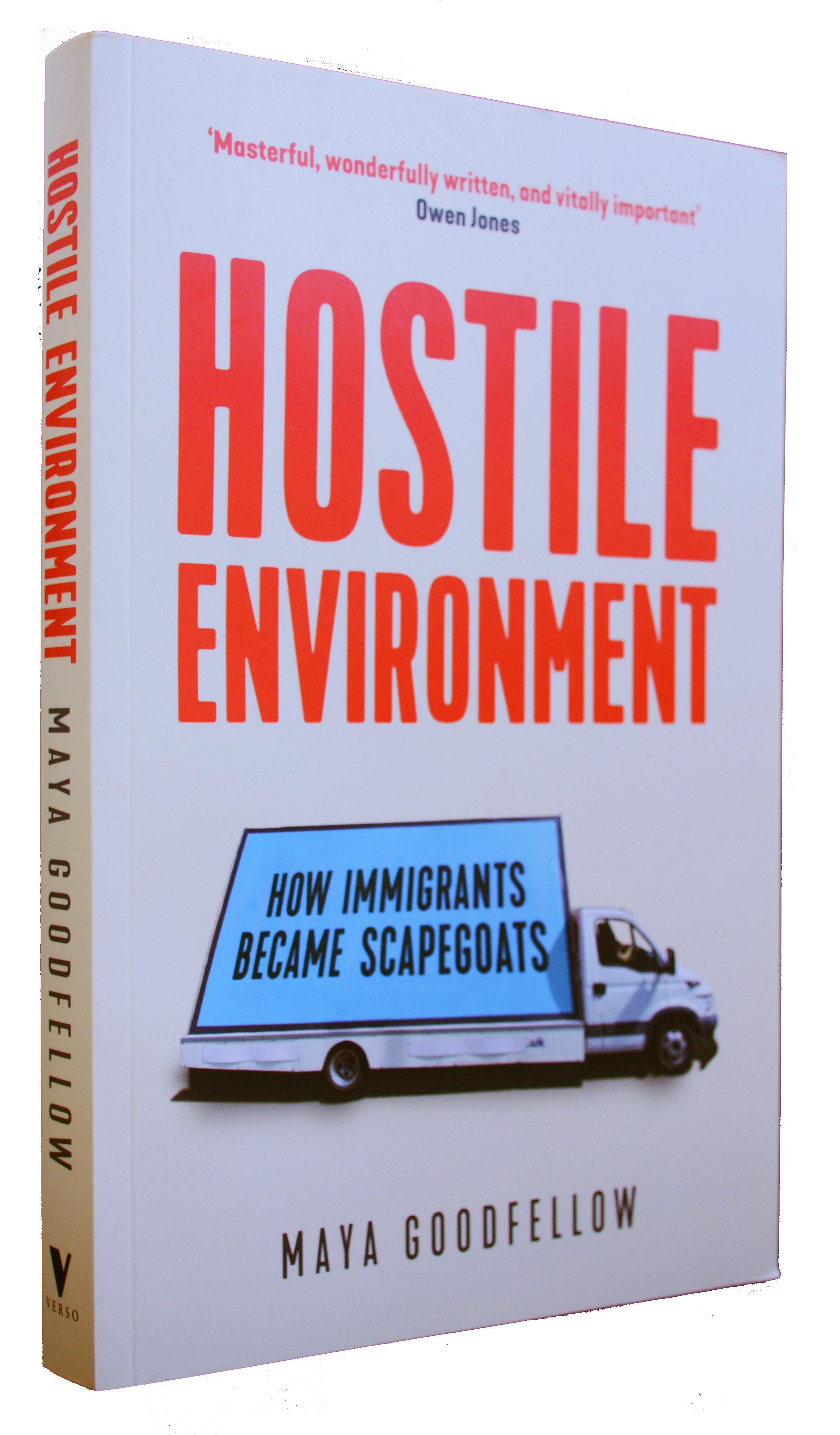 Available for pre-order. This item will be available on September 22, 2020.

How migrants became the scapegoats of contemporary mainstream politics

“How immigrants became the scapegoats for injustices caused by the rich and powerful is one of the burning questions of modern politics. This masterful, wonderfully written, and vitally important book—written by one of the most powerful writers on race and migration today—more than does it justice. This book is essential to understanding the reactionary political upheavals which have swept the West.”

“An informative and insightful account of the history and politics of modern migration to Britain that is also very readable. Ranging across the intersecting histories of class, race, nation and empire, Maya Goodfellow deftly shows how the contemporary demonising of migrants, including refugees and asylum-seekers, has a long and dispiriting national and global backstory to it—but there are also heartening stories of resistance and solidarity which point to the way forward.”

“Maya Goodfellow has a sharp mind, a deep well of knowledge and a readable style. When she writes something, I learn something.”

“This is a hugely important first book from Maya. After a referendum debate dominated by anti-migrant rhetoric and falsehoods, it’s vital that we reflect on how we got to this toxic place. The testimony from migrants in this book, and the examination of the policies under which people have suffered for so long, are a damning indictment of government policy on migration that has failed for years. Maya’s voice in this debate is much-needed and this book should be on every Home Office desk.”

“Maya Goodfellow provides a forceful narrative of the current state of British politics by placing anti-immigration at its centre. Goodfellow expertly tackles the consensus from left and right that immigration is a bad thing. In doing so, her book demonstrates the fundamental humanity at stake in critiquing and overturning that consensus. Now is the time to read this penetrating analysis.”

“Maya Goodfellow’s book could not be more timely. While politicians and pundits continue to peddle toxic myths about migration, Goodfellow dives into the details of the issue and exposes the way in which migrants have been vilified and mistreated in this country. The book is a brilliant exposé of both the struggles faced by migrants and a rallying cry for the pro-migrant movement we desperately need.”

“This is the book to read on UK immigration. It passionately makes the case that for too long lies, mistruths and institutional racism have morphed any conversation about immigration in the UK into something utterly demeaning. Maya Goodfellow’s excellent reportage is impassioned, clear and filled with humane interviews with people from immigrant backgrounds at various stages of the process and experts on the front lines doing the necessary work to help them. This isn’t a polemic. This is a human book that offers very clear and concise answers for how we have arrived at this point. A triumph of non-fiction writing.”

“This book is a must read if you are thinking of going into politics. It will highlight the trials and tribulations of political life and how the choices made at the very top of Government can affect people in the harshest of ways. Maya enlightens the reader on both the decisions that lead to the pain and suffering inflicted through Governments' immigration policies and Theresa May’s legacy, which will no doubt be her fuelling of the hostile environment which she systematically designed to dehumanise a generation of legal citizens with devastating consequences. Maya brings to the fore in the most painful terms just how expensive it is to be poor.”

– Dawn Butler, Member of Parliament and Shadow Secretary of State for Women and Equalities

“Hostile Environment is a bold and at times brutal analysis. It raises many uncomfortable questions for those who sat at the table making this policy. An important contribution to an ongoing debate.”

“A vital, urgent thought-provoking read as we race towards the Brexit horror. Place this book in the hands of anyone who says immigration is not about race. Using Britain’s own history as a pivot, Maya Goodfellow astutely captures the gradual progression in public policy, political outlook and people’s opinion that has culminated in a climate of intolerance and barely concealed racism.”

– Meena Kandasamy, author of When I Hit You

“Hostile environment is a powerful reminder that the right has been weaponising the immigration debate to distract from the real causes of working class dispossession. We need more writers like Maya Goodfellow who so clearly and passionately outline what is at work and at stake in battles for social justice.”

– Kehinde Andrews, author of Back to Black: Retelling Black Radicalism for the Twenty-First Century

“A book to cut through the noise of toxic politics, the race to the bottom to demonise immigrants, and the ahistoric idea that a hostile environment is anything new. This book reveals the nuts and bolts of Britain's real immigration problem – the counter-productivity of its policies, and the failure of its leaders. So important.”

– Afua Hirsch, author of Brit(ish): On Race, Identity and Belonging

“This is an essential study into the toxic discussion around immigration in the UK. It is as brilliant as it is necessary.”

“This is such an important book. Maya Goodfellow is someone we can trust to speak truth to power on immigration and what she has done here is not just engage with the issues of migration and the stigmatisation of migrants today but skilfully explain how we got here. Migration is one of the most natural of human processes, yet it has been pathologised, not only by the rhetoric of recent Tory Governments, with its "go home vans", hostile environment and “legitimate" concerns, but over many decades, through a subtle marginalisation of the voices and interests of migrants. Maya Goodfellow alerts us to the human costs of those political decisions and the accompanying mainstream narratives. But, importantly, too, she also offers a pathway to a more just and humane system.”

“Poignant … a thoughtful and eye-opening look at British colonial history and the question of what sets ‘Britain’ apart from those seeking to join it, as well as a call to arms against the horrific way those immigrants are treated.”

“One of the most profound deconstructions of UK immigration policy that exists … [Maya Goodfellow] has proved herself a champion of migrant justice; we would be foolish not to keep listening.”

“[A] lively and clearly written polemic.”

“An essential book … Goodfellow gives an excellent and detailed description of how prejudices against immigration are created through political action, rhetoric and historical legacies.”

“Hostile Environment expertly unpicks the background of how 2020’s racism has been framed by this process and the widespread failure to challenge the basis of it.”

“One of the most eloquent voices in the UK media.”

'Carceral feminism has gained popularity even though the police – and the wider criminal justice system – are key perpetrators of violence against women.'