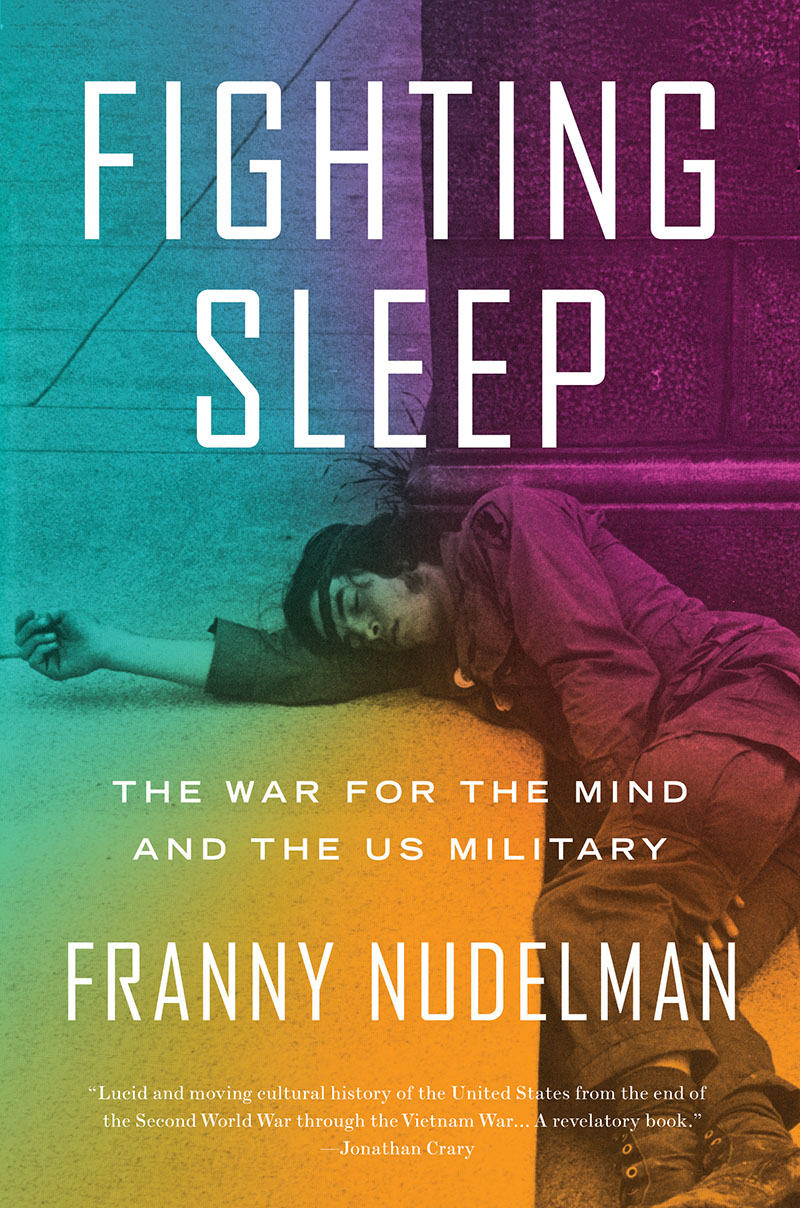 On April 21, 1971, hundreds of Vietnam veterans fell asleep on the National Mall, wondering whether they would be arrested by daybreak. Veterans had fought the courts for the right to sleep in public while demonstrating against the war. When the Supreme Court denied their petition, they decided to break the law and turned sleep into a form of direct action.

During and after the Second World War, military psychiatrists used sleep therapies to treat an epidemic of “combat fatigue.” Inducing deep and twilight sleep in clinical settings, they studied the effects of war violence on the mind and developed the techniques of brainwashing that would weaponize both memory and sleep. In the Vietnam era, radical veterans reclaimed the authority to interpret their own traumatic symptoms—nightmares, flashbacks, insomnia —and pioneered new methods of protest.

In Fighting Sleep, Franny Nudelman recounts the struggle over sleep in the postwar world, revealing that the subject was instrumental to the development of military science, professional psychiatry, and antiwar activism.

“Sleep seems to mark a realm wholly separate from public affairs, but Fighting Sleep reveals its methodical colonization by the US national security state and its surprising centrality to Cold War American politics and culture. Moving deftly between film and public protest, military psychiatry and veteran experience, documentation and reality, Franny Nudelman charts a fascinating pathway from the CIA mind-control experiments and the ‘brainwashing’ scare of the Korean War era to the troubled sleep of the traumatized veteran, the endless wakefulness of the POW, and the emergence of a veteran’s movement focused on the right to sleep in public.”

– Timothy Melley, author of The Covert Sphere: Secrecy, Fiction, and the National Security State, Professor of English and Director of the Miami University Humanities Center

“In this lucid and moving cultural history of the US from the end of WW2 through the Vietnam War, Franny Nudelman explores the problematic status of sleep for soldiers damaged by the trauma of warfare. Writing against the instrumental logic of sleep as the recuperation necessary for a return to service and combat, she poses the passivity and vulnerability of sleep as an interval of refusal, of healing, or of oblivion in relation to the imperatives of a militaristic society. A revelatory book.”

– Jonathan Crary, author of 24/7: Late Capitalism and the Ends of Sleep

“If you’ve never thought of sleep as direct action, Franny Nudelman’s marvelous tale of the struggles over soldiers' sleep will awaken you to the mundane tactics of peaceable assembly in the face of the nightmares of militarism. A riveting re-imagination of antiwar activism for our post-traumatic times.”

– Michael Denning, author of Noise Uprising and The Cultural Front

“Fighting Sleep shows that interpreting trauma by ourselves is vital to resisting the violence committed in our names. In a world of war, inequality, repression, and environmental degradation, we must explore our discomfort and question our role in this violence.”

Our top books from the year - all in one place.