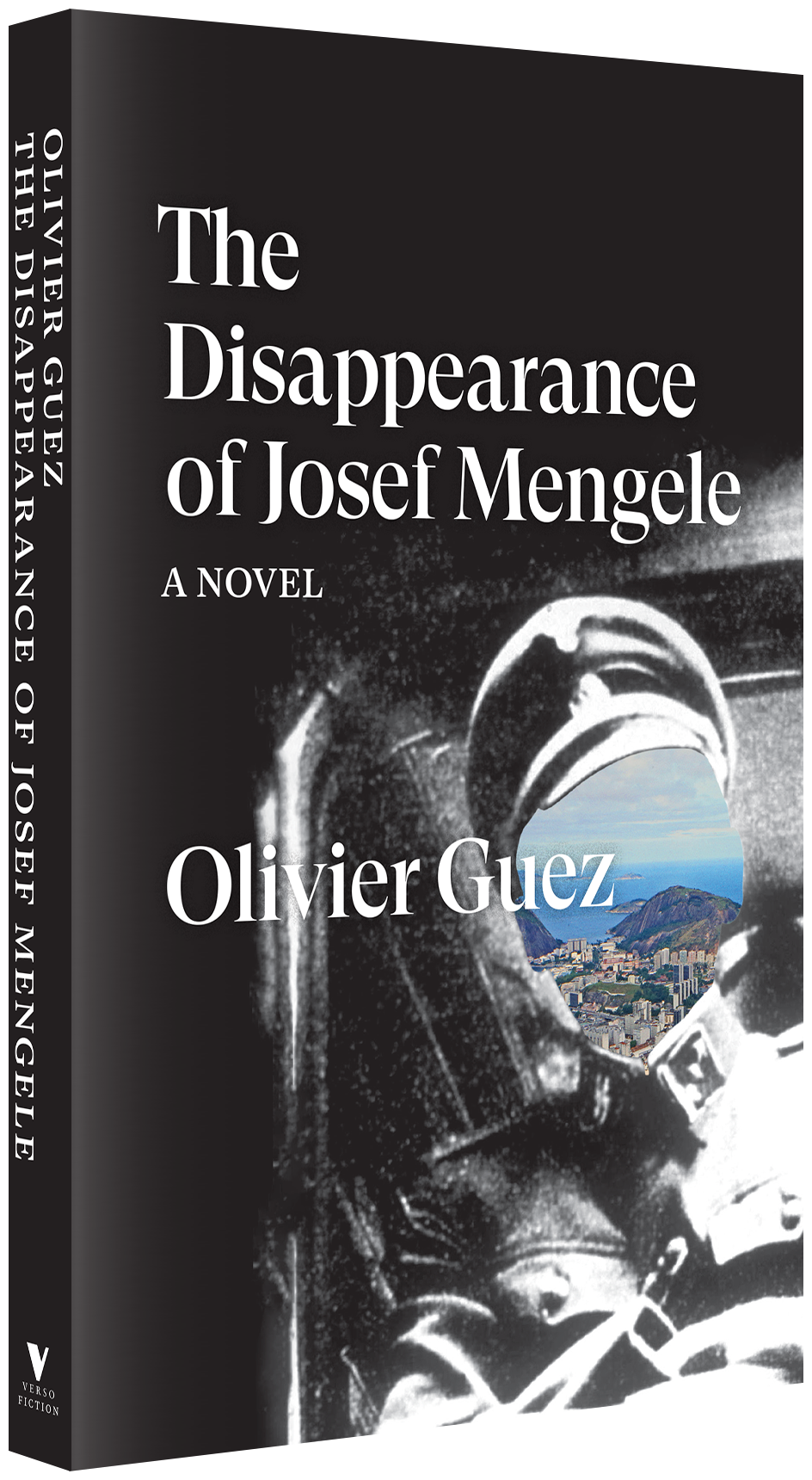 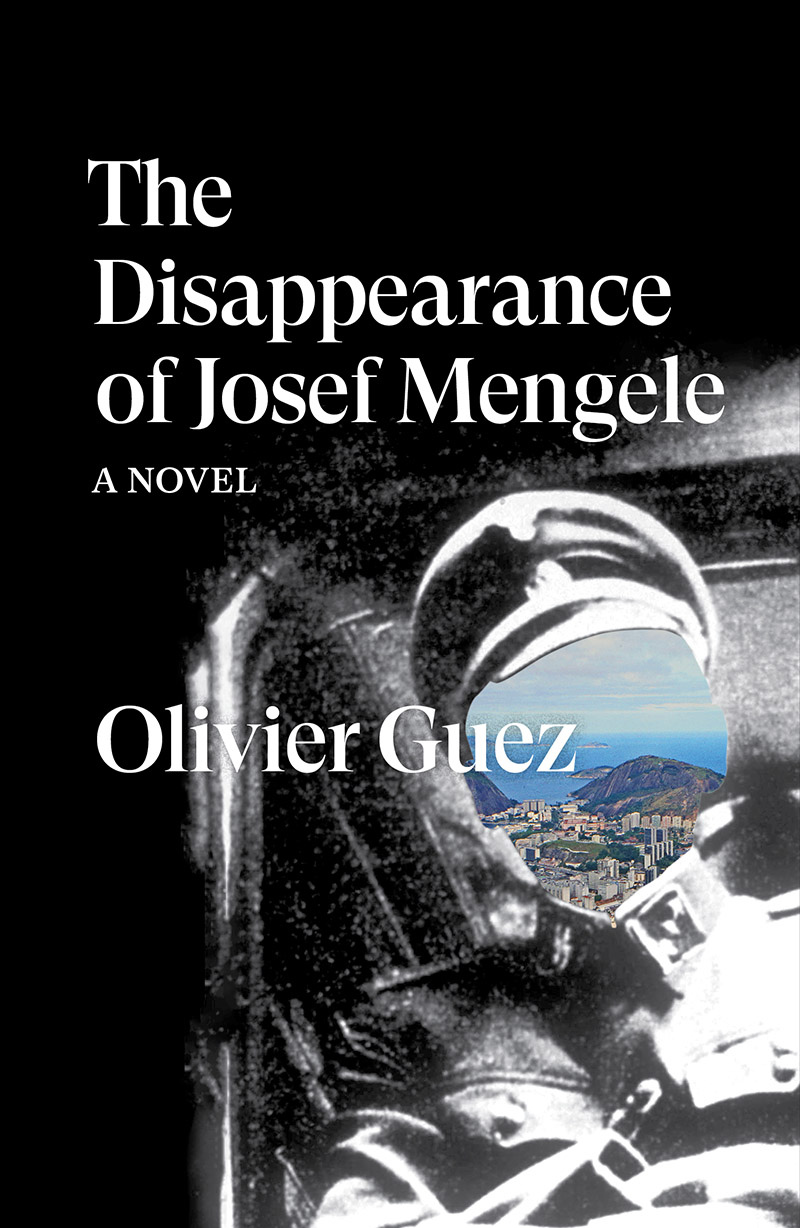 An extraordinary novel about one of history’s most reviled figures

For three decades, until the day he collapsed in the Brazilian surf in 1979, Josef Mengele, the Angel of Death who performed horrific experiments on the prisoners of Auschwitz, floated through South America in linen suits, keeping two steps ahead of Mossad agents, international police and the world’s journalists. In this rigorously researched factual novel—drawn almost entirely from historical documents—Olivier Guez traces Mengele’s footsteps through these years of flight. This chilling novel situates the reader in a literary manhunt on the trail of one of the most elusive and evil figures of the twentieth century.

“The book - almost all documented, bar some imagined dialogue and internal monologues - brings us as close to Mengele's mind as is feasible. It illuminates the nadir of the European century, and also what Guez calls the "Nazi society" of postwar Latin America. The book deserves to be read worldwide.”

“Fully human, completely inhuman, this novelisation of Mengele allows the realisation of what seems to be the goal of the work of Olivier Guez across all fields: a confrontation with the concrete reality of absolute horror. History, through the novel, experiences itself, crystallizes in life; it radiates it with its black light, which one would like to keep away from oneself...A novel of shocking intensity”

“Guez has been praised in the French press for his meticulous research, and rightly so...The Disappearance of Josef Mengele is not really about remembering the horrors of Nazi atrocities. It is, rather, about the quotidian but crucial work of understanding the tenacious allure of Nazism to an ambitious, self-deluded man with few defenses against it...Guez means to 'keep us on our guard' against the Mengeles of the world, those susceptible, malleable, advantage seekers who will always be among us.”

“The Disappearance of Josef Mengele is a phenomenal novel. Prose is spare and straightforward; the narrative is rooted in fact with occasional forays into Mengele's state of mind. The result is a no-holds-barred reconstruction of events, an insightful portrayal of a man on the run, and a potent warning: 'Every two or three generations, as memory fades and the last witnesses of past massacres disappear, reason is eclipsed and men return to propagate evil.' ”

“Historical fiction fans looking for something with an edge shouldn't miss The Disappearance of Josef Mengele. The painstaking research that went into its writing never shows on the page; this chilling fictionalized manhunt for the so-called Angel of Death during his years on the run in South America moves like a thriller but has the keen insight of biography. ”

– Chicago Review of Books, 12 Must Read Books of August

“Novels almost by definition demand a degree of imaginative empathy from the reader; Guez ensures this never happens while producing a gripping portrait of a hunted, desperate man, reminding readers that unimaginable atrocities are the work not of monsters but of pitifully ordinary mortals. ”

“A chilling tale; one that is impossible to forget.”

“The Disappearance of Josef Mengele comes to the U.S. in a seamless translation from Georgia de Chamberet. This novel is a good example of how powerful fiction can be at bringing us as close as possible to the workings of a fiendish mind. Narrative nonfiction, especially concerning someone as heinous as Mengele, is a perilous exercise at the best of times. But Guez, a French journalist and the author of several books, has already earned his reader's trust by the thoroughness of his documentation and research.”

“[This] engrossing novel traces Mengele's peregrinations through Argentina, Paraguay and Brazil, and his eventual decline into physical disability and dementia.”

“[A] brilliant historical novel...Most have made Mengele into a complete monster, but Guez does something much more interesting: he takes the monster and shows him as pathetic, disgusting, declining, and weak - exactly as Nazis and their ilk should be portrayed. When you depict someone as classically monstrous, you risk inspiring others to follow in their footsteps for the notoriety alone, but when you find the most squabbling, pathetic, petty parts of a villain to highlight, you can perhaps help to ensure that no one will seek to emulate them.”

“[A] deeply researched novel about the post-World War II decades of one of the most hunted, and hated, fugitives of the 20th century. It is as gruesome as it is indelible.”

“Guez's novel is well-conceived and well-told. The translation seems impeccable...Although based on well-researched information, the narrative reads like a novel.”

“[A] novel at the edge of fiction, drawn from careful research, including Mengele's diaries...The Disappearance of Josef Mengele is impossible to put down.”

“Based upon eyewitness accounts, journal entries, interviews, letters, and journals, this is an outstanding record of the activities and events in the life of Josef Mengele as a notorious fugitive. Guez writes with intensity and passion, but he's always under control. It's an evocative, evolving story in which the reader is compelled to continue, driven on by the desire to see justice delivered to this monster, as it was for Eichmann.”

“Guez's unrelenting portrait of a monster has become a global bestseller, and it's grounded by research as meticulous as any biography.”

“The pacing of Guez's narrative is exemplary as the reader follows the twists and turns of failed attempts to bring Mengele to justice ... The Disappearance of Josef Mengele is a compelling example of how fiction can serve so effectively to bring history back from erasure.”

“[Guez] delivers an unqualified masterclass in how to blend known fact with imagined truth.”