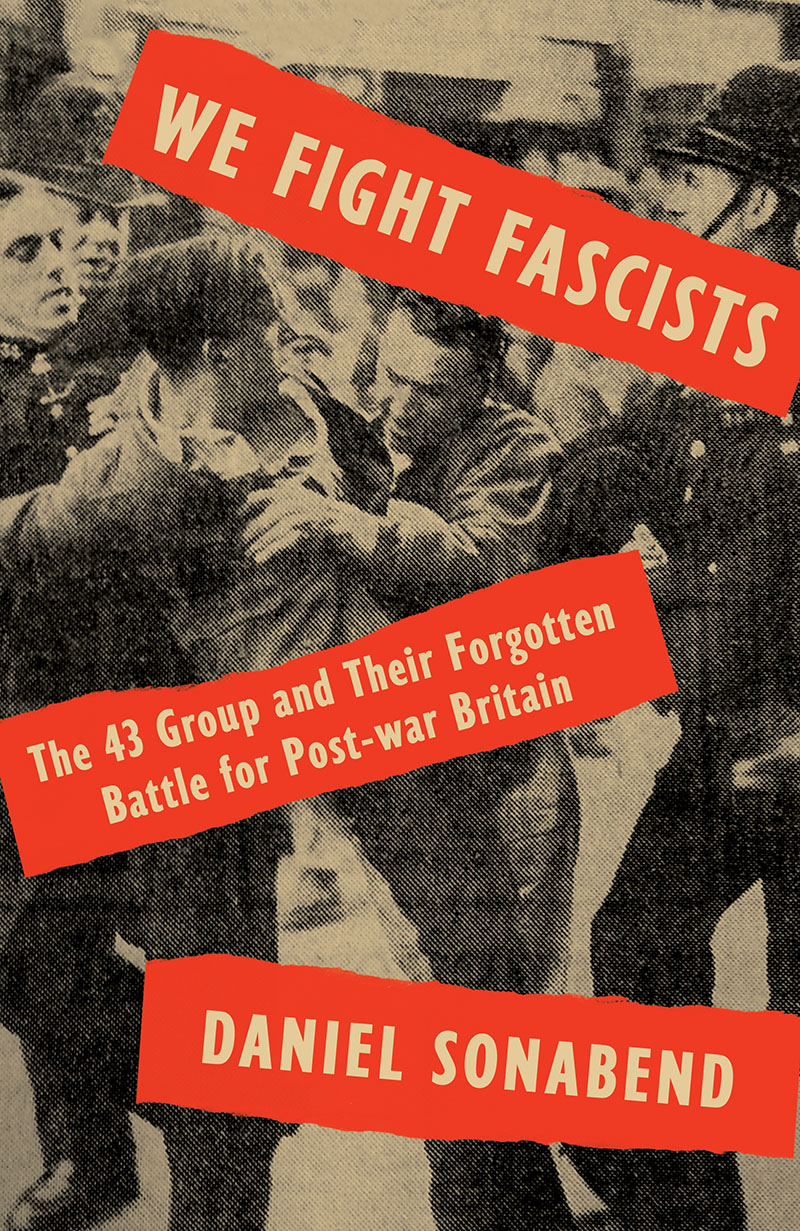 In 1946 many Jewish soldiers returned to their homes in England imagining that they had fought and defeated the forces of fascism in Europe. Yet in London they found a revived fascist movement inspired by Sir Oswald Mosley and stirring up agitation against Jews and communists. Many felt that the government, the police and even the Jewish Board of Deputies were ignoring the threat; so they had to take matters into their own hands, by any means necessary.

Forty-three Jewish servicemen met together and set up a group that tirelessly organised, infiltrated meetings, and broke up street demonstrations to stop the rebirth of the far right. The group included returned war heroes; women who went undercover; and young Jews, such as hairdresser Vidal Sassoon, seeking adventure. From 1947, the 43 Group grew into a powerful troop that could muster hundreds of fighters turning meetings into mass street brawls at short notice.

The history of the 43 Group is not just a gripping story of a forgotten moment in Britain’s postwar history; it is also a timely lesson in how to confront fascism, and how to win.

“Inspiring … the fundamental questions it raises have yet to disappear from our political landscape.”

“A great reminder of a post-war resistance to fascism amongst Jewish Londoners. It’s a little-known story as it tends to get hidden behind the pre-war appearance of Oswald Mosley and the British Union of Fascists but, as we read here, Mosley wasn’t finished with his Jew-baiting. My own grandparents lived two hundred yards from the scene of action of most of this book and reading it brought it all to life for me.”

– Michael Rosen, author of So They Call You Pisher!

“Brilliant, compelling and very timely. This is the sort of history we should all know about, especially in these troubled times, but were never taught at school.”

– Keith Lowe, author of The Fear and the Freedom

“A new, comprehensive history of the group.”

“Sonabend’s debut brilliantly chronicles the 43 Group’s lightning-fast progress from a homespun organization with a handful of Jewish ex-servicemen...to a surprisingly sophisticated one with up to 2,000 members and intelligence and surveillance branches.”

“The 43 Group’s extraordinary resilience and bravery deserve to be far more widely appreciated.”

“Sonabend combines academic rigour with an easy, readable style, all of which helps to throw into sharp relief the difficult questions the story raises.”

“Sonabend delights in these madcap tales of the 43 Group’s violent confrontations with their fascist opponents and the ways the members managed to elude the (sometimes-fascist-sympathizing) police.”

“A timely book … Sonabend deserves credit for resurrecting this story.”

“This important book is not simply a trip down memory lane, but a warning from history. It should be mandatory for those who do not see themselves as bystanders.”

“Thrilling … full of unforgettable characters, clandestine activities, deception, surveillance and more than a few full-blooded street brawls … A must read for all antifascists.”

“Not for the politically faint-hearted, have a milk shake handy whilst reading.”

“Readable and well-researched...a timely reminder that militant anti-fascism not only has deep historical roots but can also be an effective bulwark against the extreme right.”

Notes on Anti-Fascism and Psychology