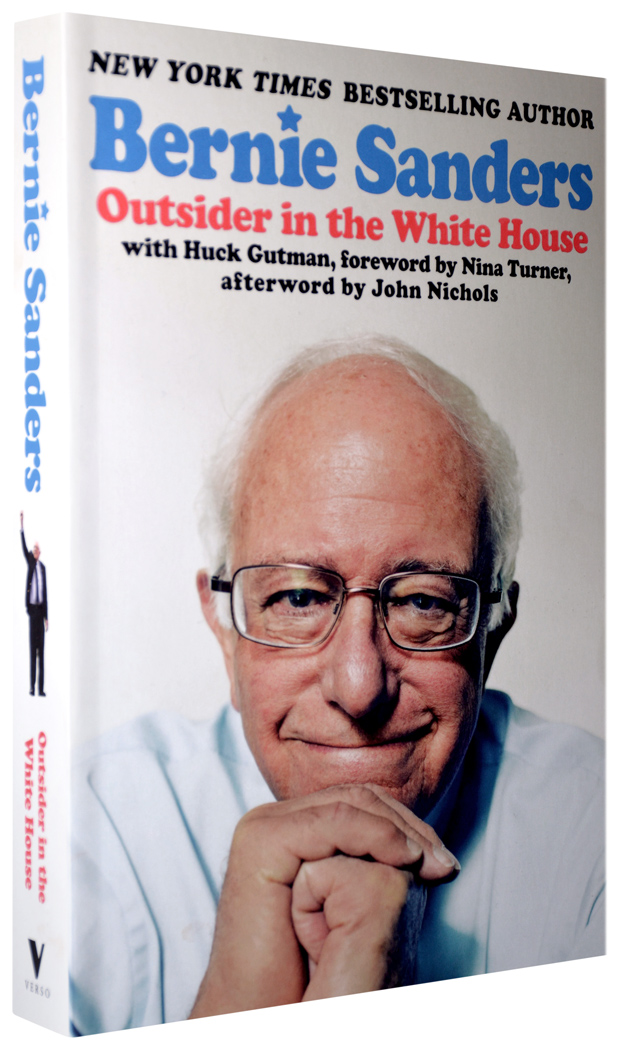 Explaining where he comes from and how his politics were formed, Senator Bernie Sanders describes in detail how, after cutting his teeth in the Civil Rights movement, he helped build an extraordinary grassroots political campaign in Vermont, making it possible for him to become the first independent elected to the US House of Representatives in forty years. He is now the longest-serving independent in US political history.

“I endorse Brother Bernie Sanders because he is a long-distance runner with integrity in the struggle for justice for over fifty years. Now is the time for his prophetic voice to be heard across our crisisridden country.”

“Bernie’s been in the forefront of all the crucial environmental fights of recent years.”

“Bernie is the real thing. He’s not about reading the polls and finding out what he needs to say in order to get elected. He’s about an unwavering commitment to basic justice, equality and sound financial sense.”

– Ben Cohen, cofounder of Ben & Jerry’s and founder of Stampede: Stamp Money out of Politics

“I feel weird using words like ‘values’ and ‘morals’ because those are words that have been co-opted to justify terrible things like bigotry and greed. I’d like to take those words back and use them to describe Bernie Sanders because his moral compass and sense of values inspire me.”

“A clear, compelling and comprehensive vision for reinvigorating democracy, reducing poverty, rebuilding the middle class and restructuring our health care and education systems. Sanders gives us a vision of the day when ‘we will no longer be outsiders in the House.’”

– In These Times (in praise of Outsider in the House)

“Outsider in the House is a rare achievement: a concise, compelling book that both tells an interesting story and provides a readable, down-to-earth blueprint for political change.”

– The Onion (in praise of Outsider in the House)

“A road map for how progressives can win elections and not be a part of the two party duopoly.”

– Ralph Nader (in praise of Outsider in the House)

“A grass-roots ‘how-to’ guide, especially helpful and inspirational for prospective independent candidates—a firsthand description of the career of the most successful American socialist politician in modern times.”

– The Hill (in praise of Outsider in the House)

Socialists and Electoral Politics in the Trump Era

A reading list on working-class power, elections, and left-wing strategy.