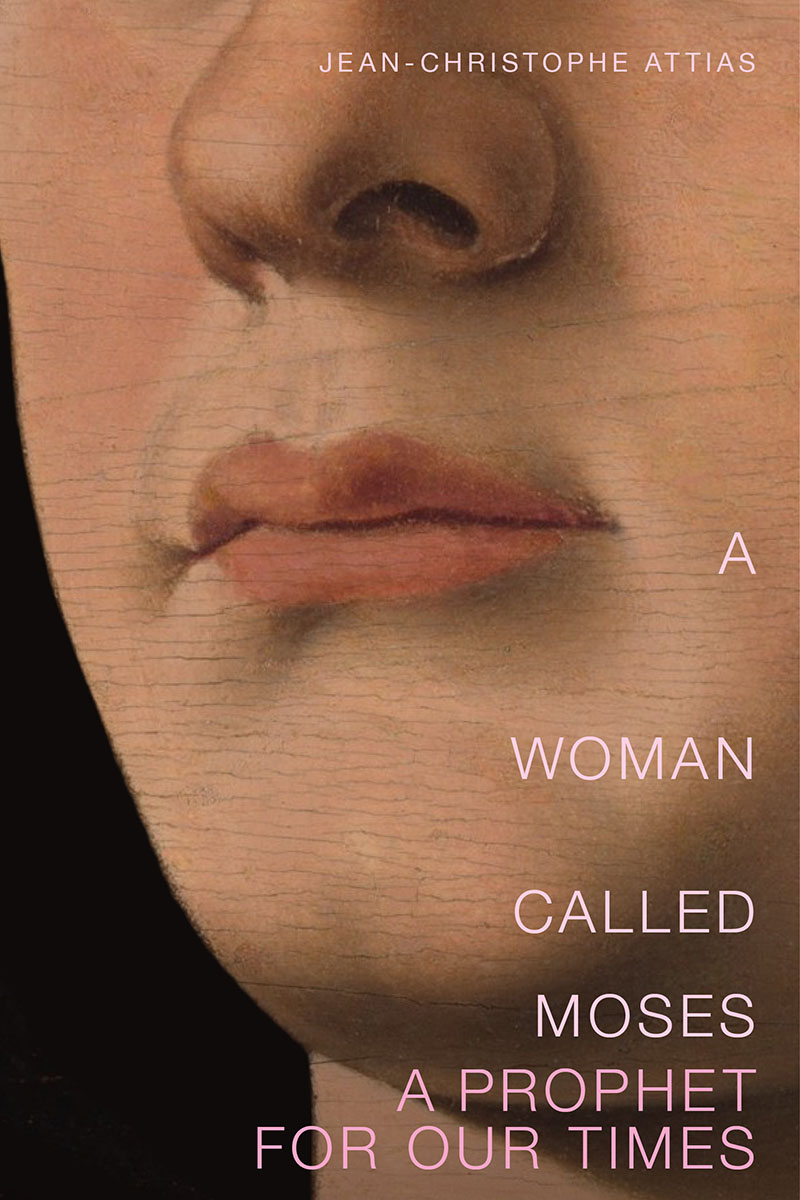 What if there was another Moses, very different from the one we know?

According to tradition, Moses wrote the first five books of the Bible. Depicted there in suprising and contradicting ways, and both for and against his people, bringer of the tablets of law which he then breaks.

By way of a series of possible portraits—including one of a female Moses—Jean-Christophe Attias follows the metamorphoses of the Hebrew liberator through ages and cultures. Drawing on rabbinical sources as well as the Bible itself, he examines the words of the texts and especially their silences. He discovers here a fragile prophet, teacher of a Judaism of the spirit, of wandering, and of incompleteness. The Judaism of Moses speaks to believers and others—to Jews, of course, but also far beyond them, inviting its hearers to have done with tribal pride, the violence of weapons, and the tyranny of a special place.

“In one of the most imaginative and creative works of contemporary Jewish thought, Jean Christophe Attias presents a fascinating interpretation of Moses as a woman. Building on intriguing suggestions in the Bible, Arttias inspires us to wonder how our understandings of the Bible and its sacred history might change if we think of Moses as female.”

“In this original and magical portrait of Moses, Attias takes the stock figure of the stern lawgiver and transforms him into ‘one of us.’ His Moses combines humility and grandeur, frailty and strength. He is a Jew and a non-Jew, ‘and all the more of a human being because he is both.’ Likewise, ‘fully a man because he is also a woman.’ Even his death emphasizes his humanity: he ‘dies likes the rest of us, prematurely.’ ‘We do not know who buried him.’ But we do know who brings him back to life: Attias the scribe. In this inspired, humane and deeply moving book, the ‘Woman called Moses’ speaks also to ‘those of us who are secular.’ She is truly ‘a prophet for our times.’”

“Who was Moses? Not the historical Moses or the Moses of tradition, but the biblical Moses without apologetics, Moses in his most contradictory and obscure configuration. In A Woman Called Moses Attias presents us with a provocative, evocative, and courageous reading of Moses, seamlessly drawing from the biblical imaginary and classical commentaries combined with modern sensibilities and literary finesse that brings this imaginary figure to life. Attias’ pen sparkles with literary insight and poetic breadth. This work should be enjoyed slowly, like fine French wine.”

“Attias’s respect and attention to Moses’s example and legacy shines through … Open-minded readers are in for a thought-provoking treat.”

“Thoughtful and thought-provoking, informative and iconoclastic, and an impressively detailed work of original scholarship, Woman Called Moses: Prophet for Our Time is extraordinary and inherently fascinating reading.”

“Anybody with an interest in theology, or indeed Jewish history should enjoy A Woman Called Moses and be stimulated by it. Work like this underlines once more the extent to which the Bible has formed western thought, for Christians worshipping the deity, and equally for atheists in their vehement rejection.”

“Attias’s portrayal of Moses reveals the author’s respect, tenderness, and even love for the figure … Ultimately, through his imaginative depiction of Moses, Attias discloses a poignant longing and hope.”