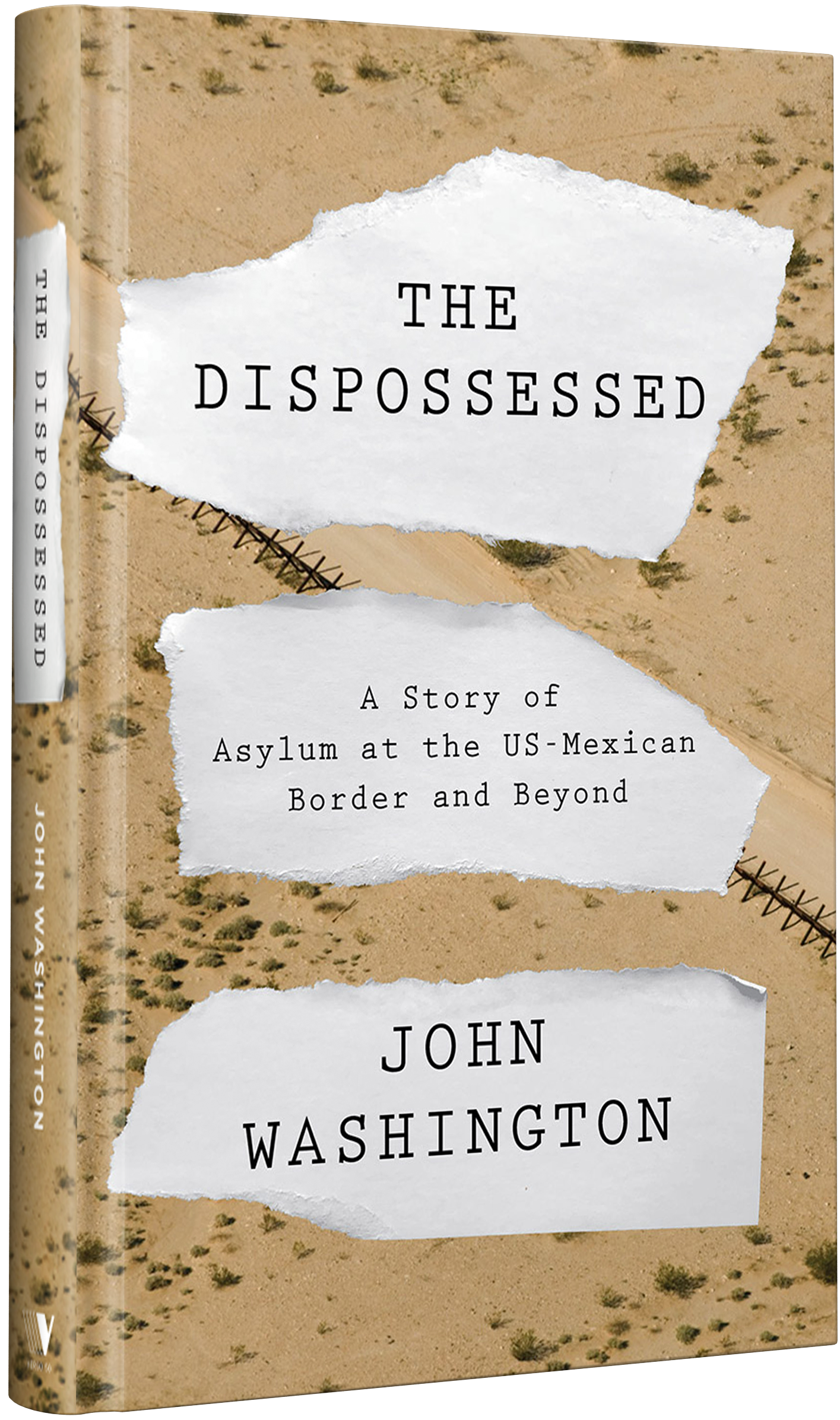 The first comprehensive, in-depth book on the Trump administration’s assault on asylum protections

Arnovis couldn’t stay in El Salvador. If he didn’t leave, a local gangster promised that his family would dress in mourning—that he would wake up with flies in his mouth. “It was like a bomb exploded in my life,” Arnovis said.

The Dispossessed tells the story of a twenty-four-year-old Salvadoran man, Arnovis, whose family’s search for safety shows how the United States—in concert with other Western nations—has gutted asylum protections for the world’s most vulnerable. Crisscrossing the border and Central America, John Washington traces one man’s quest for asylum. Arnovis is separated from his daughter by US Border Patrol agents and struggles to find security after being repeatedly deported to a gang-ruled community in El Salvador, traumatic experiences relayed by Washington with vivid intensity.

Adding historical, literary, and current political context to the discussion of migration today, Washington tells the history of asylum law and practice through ages to the present day. Packed with information and reflection, The Dispossessed is more than a human portrait of those who cross borders—it is an urgent and persuasive case for sharing the country we call home.

“In an era of massive and unprecedented human migration, John Washington documents in his poignant book how the poverty and violence powerful nations inflict on poor countries is a major reason so many flee their lives and families. Offering expansive historical analysis of how ancient religions, cultures, and societies understood the imperative of welcoming the outsider, particularly those seeking safety from harm or death, and contrasting it with our current world order, Washington has written one of the most important books of our time on one of the most dire systematic injustices on our planet. I read this book in one sitting because I simply couldn’t put it down.”

“The Dispossessed is one of the most beautiful and wrenching books I’ve read in a long time. We are becoming a stateless world, as the combined effects of climate change, war, and struggles of resources push people from their land and their homes. John Washington’s book offers no easy answers, but in its empathy, it is a guide for how we confront the crisis with decency.”

“John Washington delivers an absorbing, harrowing, and deeply moving reportage that renders the most thorough and critical assessment of the US asylum system that I have ever read.”

“John Washington is a rarity in the world of Central American migration. He doesn’t parachute into tragedy. He travels with humility and seeks to understand, not to reaffirm his hypotheses. This is a book from someone who has been understanding for a long time. I’ve been covering migration in Central America, Mexico, and the United States for thirteen years, and I can say with complete conviction: Read this book.”

– Óscar Martinez, author of The Beast: Riding the Rails and Dodging Narcos on the Migrant Trail

“The Dispossessed is one book that you will not soon forget.”

“Even if so much of what makes the book riveting is patently awful or evil, Washington’s narrative is a crucial read for anyone interested in immigration policy or border dynamics.”

No Borders, No Walls: An Interview with John Washington

John Washington, author of The Dispossessed, shares his thoughts on Biden's immigration policy, the ethics of storytelling, and what to expect in the growing fight to open borders.