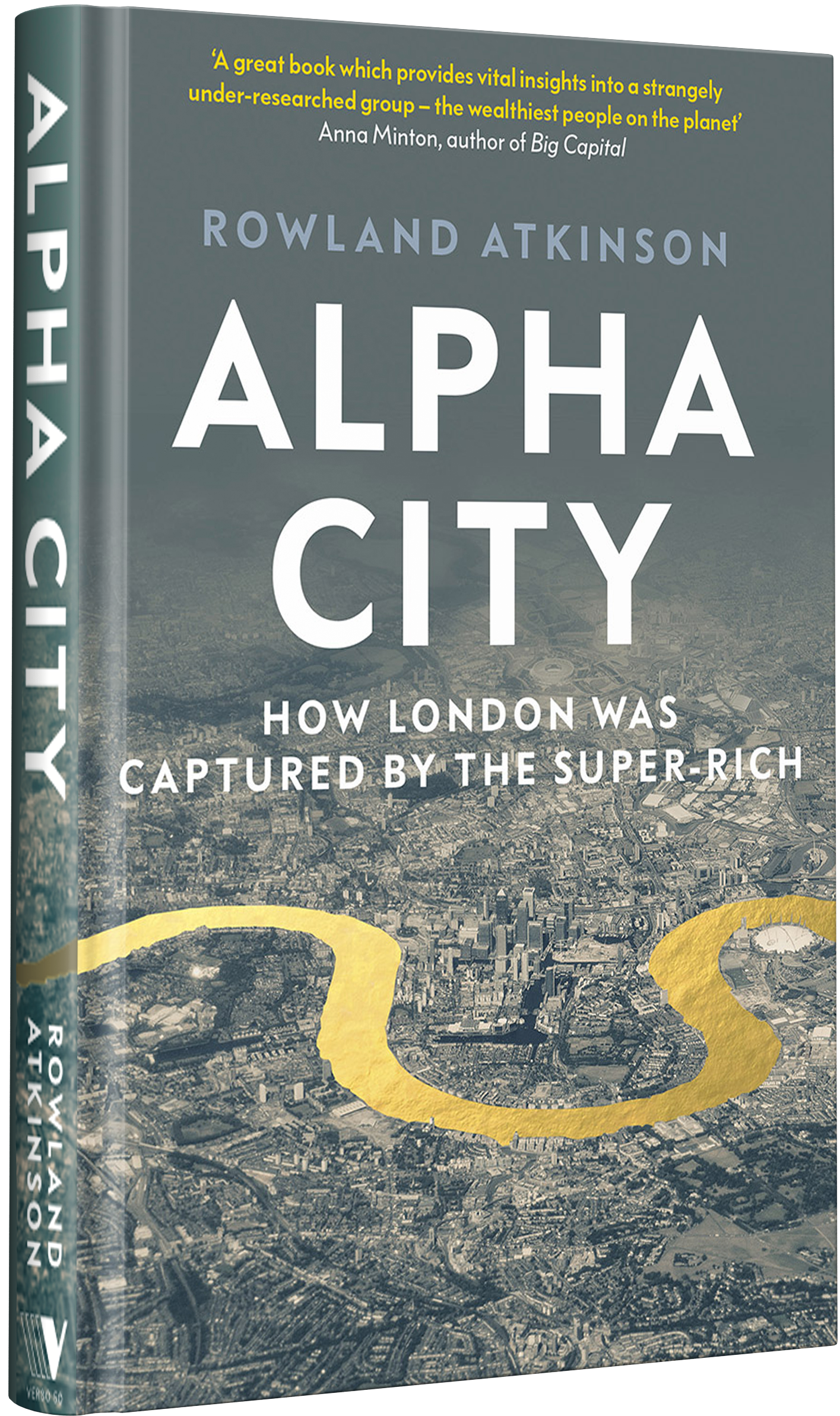 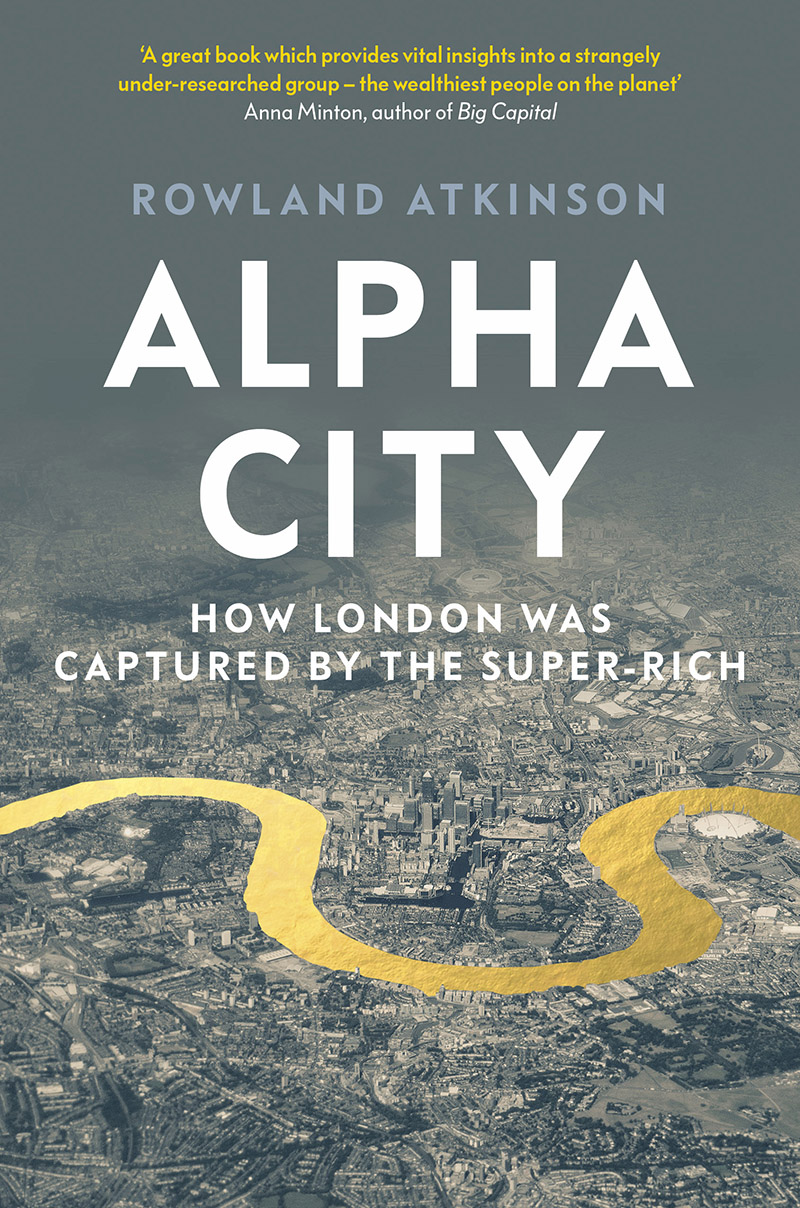 How London was bought and sold by the Super-Rich, and what it means for the rest of us

Who owns London? In recent decades, it has fallen into the hands of the super-rich. It is today the essential “World City” for High-Net-Worth Individuals and Ultra-High-Net-Worth Individuals. Compared to New York or Tokyo, the two cities that bear the closest comparison, it has the largest number of wealthy people per head of population. Taken as a whole, London is the epicentre of the world’s finance markets, an elite cultural hub, and a place to hide one’s wealth.

Rowland Atkinson presents a history of the property boom economy, going back to the end of Empire. It tells the story of eager developers, sovereign wealth and grasping politicians, all paving the way for the wealthy colonisation of the cityscape. The consequences of this transformation of the capital for capital is the brutal expulsion of the urban poor, austerity, cuts, demolitions, and a catalogue of social injustices. This Faustian pact has resulted in the sale and destruction of public assets, while the rich turn a blind eye toward criminal money laundering to feather their own nests.

Alpha City moves from gated communities and the mega-houses of the super-rich to the disturbing rise of evictions and displacements from the city. It shows how the consequences of widening inequality have an impact on the urban landscape.

“Alpha City is the heart-breaking, carefully-told, story of how London—its heart, mind and soul—was stolen from the people by the plutocrats and their minions. When, the book asks, will the greed of the super-rich end up strangling the city, whose body sustains them? Rowland Atkinson has delved deep to uncover the extent of the super-rich’s grip on London. A masterpiece.”

– Danny Dorling, author of Inequality and 1%

“Turning large swathes of London over to the Super-Rich was meant to generate a sloshing pool of wealth that would ‘trickle down’ to the rest of us. In practice, the detailed, informed and devastating trawl through the global capital of the ruling class in Alpha City proves the only thing that has trickled down is contempt.”

“Opens the lid on a can of dangerous worms. While Britain’s policies to tempt the world’s mobile hot money and its owners have blessed a small section of the population, Atkinson reveals how this has cursed far larger numbers of people, as the super rich have sucked away wealth, talent, investment, culture, government attention, and opportunities from the majority. A welcome and urgently important corrective to the dominant British narrative that the super-rich benefit London and the wider nation.”

“A great book that provides vital insights into a strangely under researched group—the wealthiest people on the planet.”

“In Alpha City, Rowland Atkinson lays bare how London has been geared up as the world’s monument to inequality. It exposes the tactics of gilded elites alongside their legions of enablers and hangers on, and the ways in which they have turned an already tough city into a 21st century dystopia, where the ultra-rich glide through pristine, soulless environments while the infrastructure we all need decays around us. This fast-paced guide to the new gilded age is a timely warning of how much damage inequality can do.”

“Timely and relevant...Alpha City takes us through the ugly world of a mega city captured by wealth. Cities and towns have always struggled with inequality and the social and spatial realities of unequal access to power and resources. In the great global cities, such as London and New York, these inequalities have often been more stark.”

“The inequalities are glaring. It is a revealing but unsettling read, whatever page you land on.”

“An urgent reminder of the capital’s inequalities.”

“[Atkinson] writes with flair. The long-term result of the pressures he charts is starting to be felt.”

“Essential reading before Covid-19, is even more so now … vividly describes how the super-rich have distorted the socioeconomic and physical landscape of London”

“Atkinson writes with beautiful elegance. Almost every page has a sentence I wish I’d written myself! But his fundamental argument is hard-hitting and could not be more relevant for our troubled times. His analysis of London’s ‘alphahoods’ is a reminder, if we need it, of how unequal cities—not just London—have become.”

What does the pandemic mean for the alpha city? Rowland Atkinson reflects on the urgent changes necessary for the city to become a fairer and better place for all.