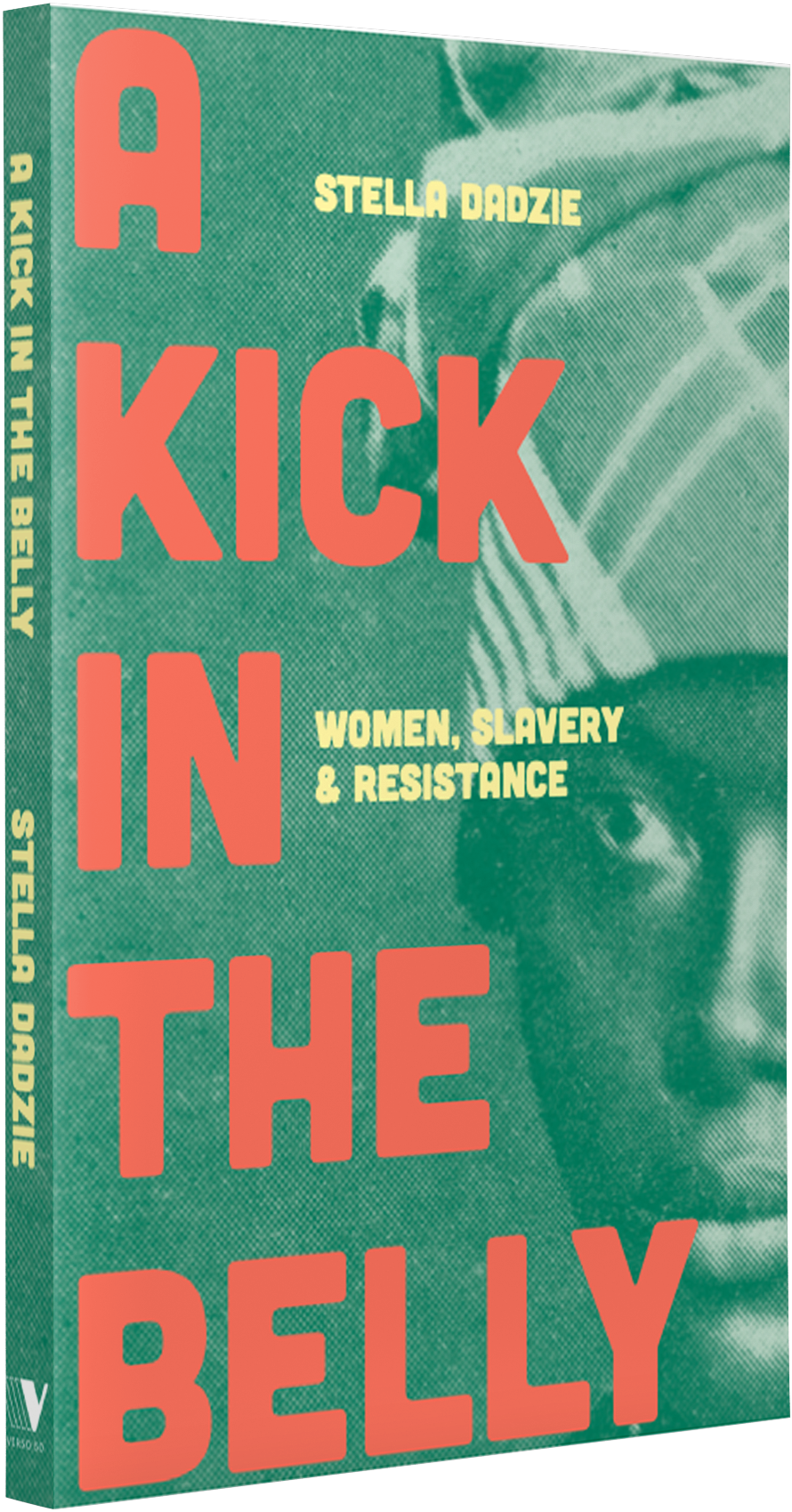 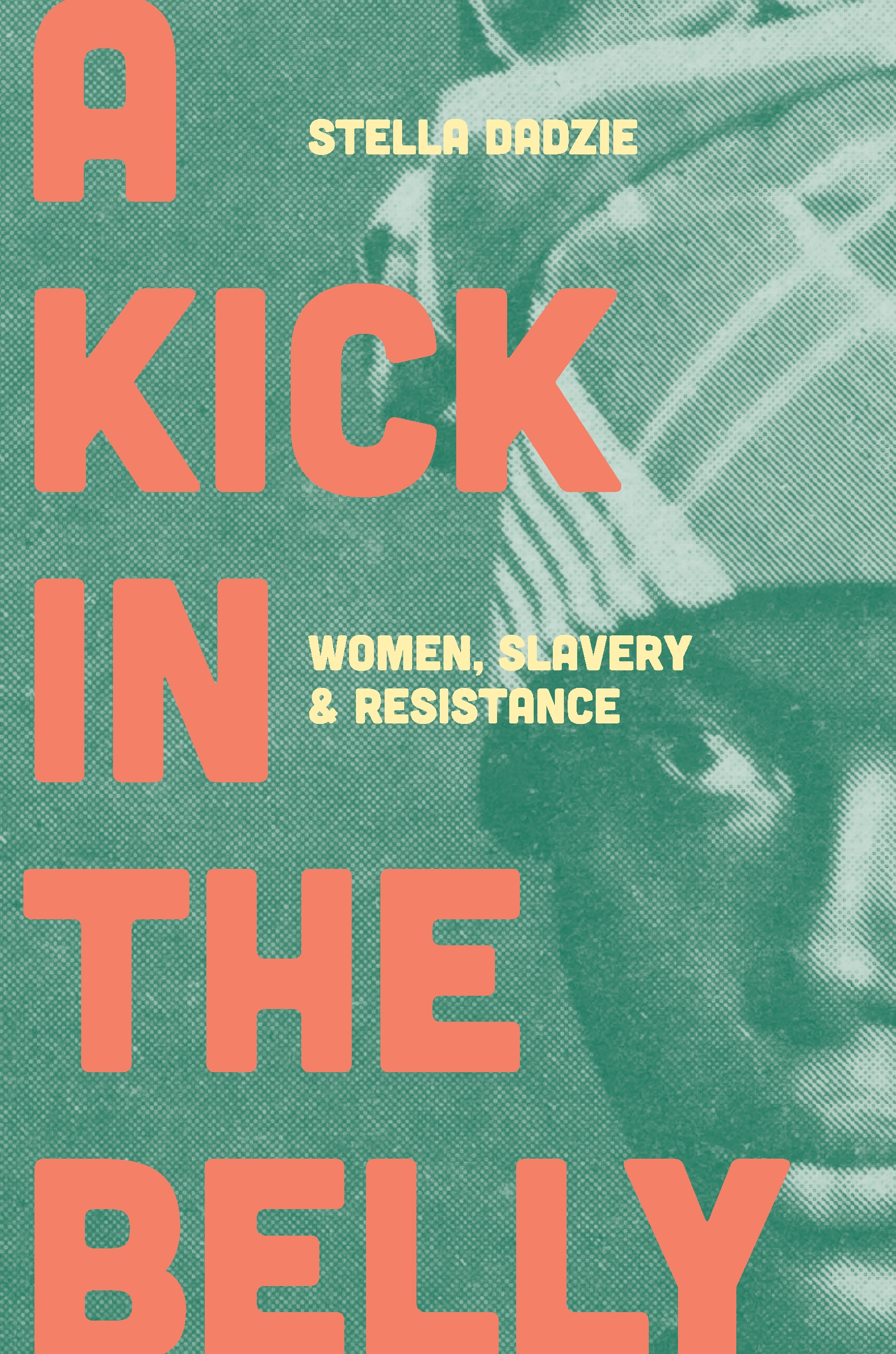 Available for pre-order. This item will be available on October 12, 2021.

From the coffle-line to the Great House, enslaved women found ways of fighting back that beggar belief. Whether responding to the horrendous conditions of plantation life, the sadistic vagaries of their captors or the “peculiar burdens of their sex,” their collective sanity relied on a highly subversive adaptation of the values and cultures they smuggled with them naked from different parts of Africa. By sustaining or adapting remembered cultural practices, they ensured that the lives of chattel slaves retained both meaning and purpose. This sense of self gave rise to a sense of agency and over time, both their subtle acts of insubordination and their conscious acts of rebellion came to undermine the very fabric and survival of West Indian slavery.

“Shocking, enlightening, fascinating, challenging, A Kick in the Belly reframes the overwhelmingly male perspective on the transatlantic slave trade through female experiences and acts of resistance. It is a essential corrective to centuries of sublimation and the presentation of black women who lived through this history as passive victims. I cannot recommend it highly enough.”

“In clear, accessible prose, this book upturns versions of the past that privilege his-story, revealing a more complex and many-layered past, one in which enslaved women were central to the struggle for freedom.”

– Suzanne Scafe, co-author of The Heart of the Race

“What has become distinctive of Dadzie’s scholarship is the way she centres black women in their own stories and this continues in A Kick in the Belly … After being fed narratives that ‘the material doesn’t exist,’ A Kick in the Belly shows that it is really a matter of knowing where to look and how to listen.”

“Amplifies and honours the innovative ways women fought for freedom and kept their cultures alive despite the brutality they faced … When filmmaker Ava DuVernay says she is her ancestor’s wildest dreams, these are the women she’s talking about.”

“Highlighting the experiences of enslaved women in the Anglo-Caribbean, Dadzie gives primacy, as she did in her seminal book Heart of the Race (with Beverley Bryan and Suzanne Scafe), to Black women’s voices. In doing so, she puts a narrative of empowerment and hope at the centre of the brutal history of slavery.”

“Transatlantic slavery is one of the most misunderstood and misrepresented periods of history. Stella Dadzie offers a much-needed corrective by centring on the experiences of black women forced into the plantation system.”

“Over 200 or so pages of impassioned prose, [Dadzie] delves into the many stories of female freedom fighters, from Jamaica’s Queen Nanny of the Maroons, who used guerrilla warfare against the British, to those who murdered their masters with poisoned draughts like Baby of St Kitts, or became runaways like Betty, Charlotte and Molly who took flight as a trio from their Barbados plantation.”