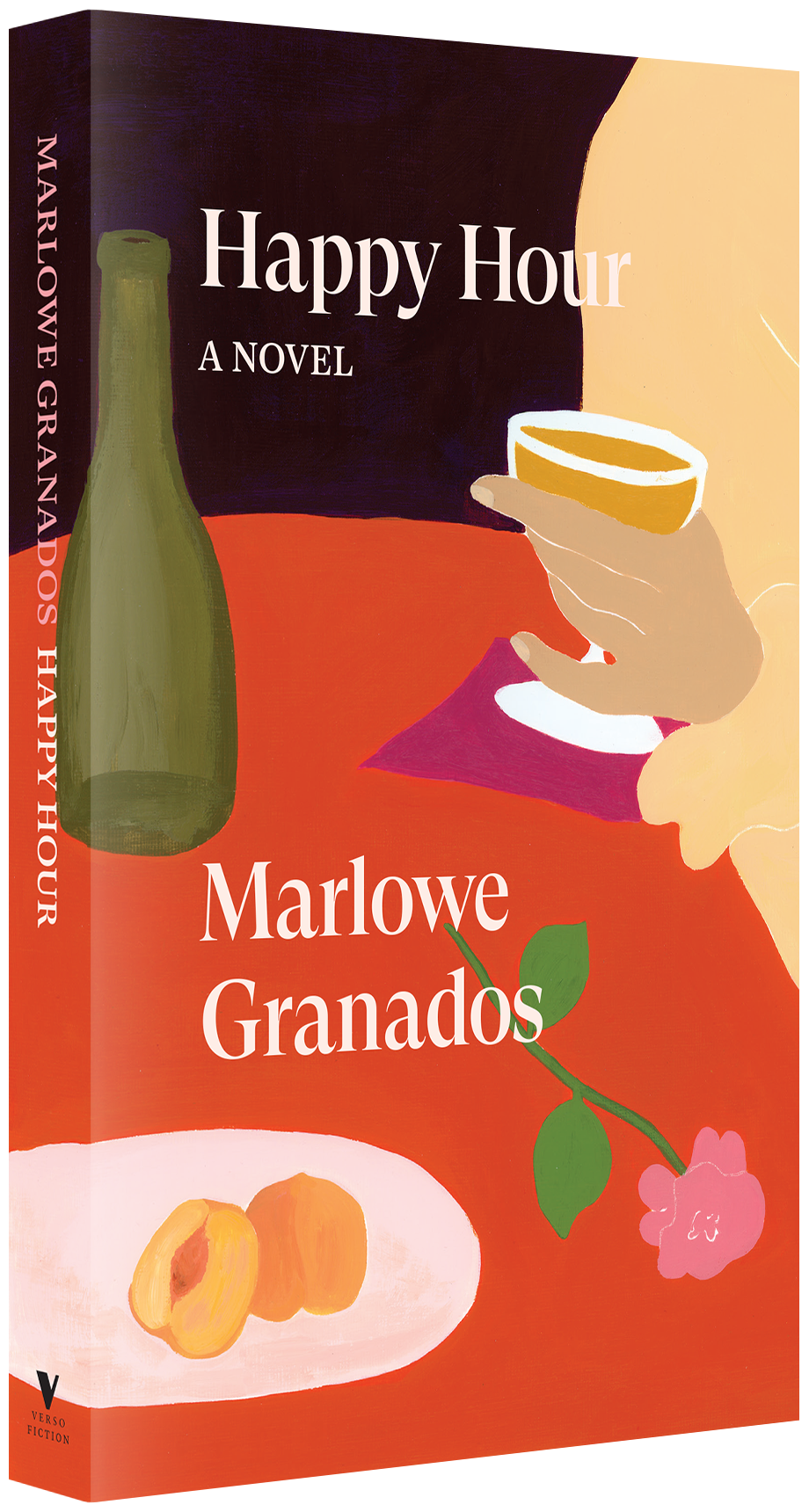 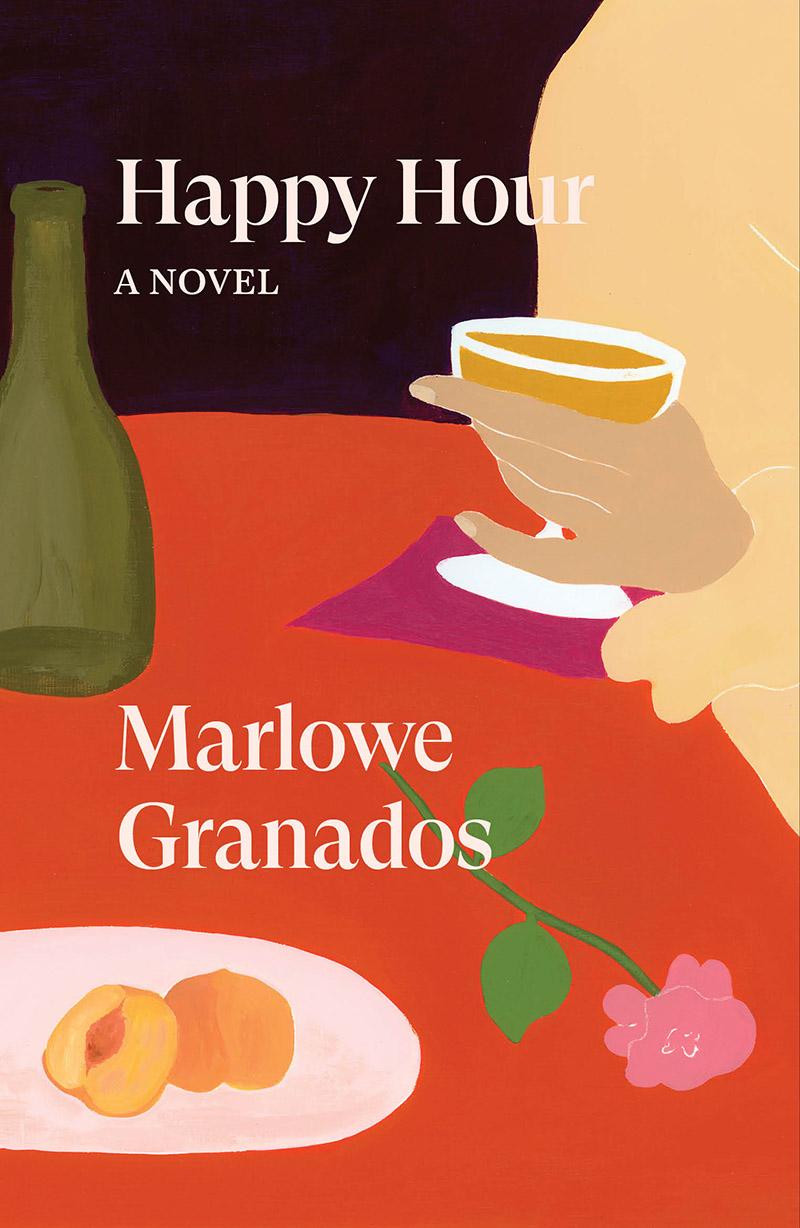 With the verve and bite of Ottessa Moshfegh and the barbed charm of Nancy Mitford, Marlowe Granados’s stunning debut brilliantly captures a summer of striving in New York City.

Isa Epley, all of twenty-one years old, is already wise enough to understand that the purpose of life is the pursuit of pleasure. She arrives in New York with her newly blond best friend looking for adventure. They have little money, but that’s hardly going to stop them.

By day, the girls sell clothes on a market stall, pinching pennies for their Bed-Stuy sublet and bodega lunches. By night, they weave between Brooklyn, the Upper East Side, and the Hamptons among a rotating cast of celebrities, artists, Internet entrepreneurs, stuffy intellectuals, and bad-mannered grifters. Resources run ever tighter and the strain tests their friendship as they try to convert social capital into something more lasting than precarious gigs as au pairs, nightclub hostesses, paid audience members, and aspiring foot fetish models. Through it all, Isa’s bold, beguiling voice captures the precise thrill of cultivating a life of glamour and intrigue as she juggles paying her dues with skipping out on the bill. Happy Hour is a novel about getting by and having fun in a system that wants you to do neither.

NOT AVAILABLE IN CANADA

“A wonderful, hilarious, pleasurably exhausting reminder of what it is to be young in a big city … a swig of a very cold martini on a balmy evening.”

“Marlowe Granados writes with a delicious joy and confidence. She conveys frivolity without being frivolous, and describes the adventures and degradations of the lives of her characters with an intelligent distance and effervescence that is such a pleasure to read.”

“Exquisitely captures so much of young, twenty-something life … Granados has orchestrated a character and story so delicious that it makes me yearn just one night like theirs.”

“A champagne-soaked, strappy-heeled guide to a summer of indulgence … Isa narrates with the wry, whip-smart bemusement of an F. Scott Fitzgerald character who woke up in 2013 with a martini and a vintage Gucci dress.”

“Like the many cocktails sipped by our discerning narrator: effervescent, tart, and intoxicating.”

“[A] sharp and beguiling debut … Granados’s nuanced characterization, biting observational humor and intoxicating prose make Happy Hour a delicacy to be savored, as well as a poised takedown of New York’s cultural elite.”

“Granados manages to capture an airy and effortless tone and her prose sparkes with dry wit on every page.”

“Happy Hour is a picaresque for the glamorous and broke.”

“A tale of the sticky, sweet heat of summer in New York City and girls living their best, champagne-soaked lives … joyously sultry, a celebration of decadent abandon in the face of distrustful men, precarious finances and unknown career paths”

“The strength of Happy Hour is Granados’ wit and the assuredness with which she delivers on-the-nose observations and youthful wisdom.”

“This is Breakfast At Tiffany’s meets Girls and it’s going to be your new book obsession.”

“Confident, charismatic and alive to the pleasure of observation, the voice Granados conjures in Happy Hour is a testament to the power of charm on the page.”

“A glitzy coming-of-age saga about two friends navigating the singular experience of getting by in New York City.”

“Reading Happy Hour feels like eating a shimmering, intoxicating slice of the best summer of your life, a sort of Proustian cookie that transports you back not to your childhood but to the time when you looked best in cut-off shorts and felt like your heart was made of rubber.”

“Fun, decadent … a picaresque exploration of female friendship staged across a series of tableaus set in New York City during one particularly sweltering summer in the early 2010s.”

“Reading this book is like watching a video from the party last night and wishing you’d been there.”

“A fresh take on the party girl genre.”

“Granados’s party-girl protagonist Isa Epley talks like [Eve] Babitz and navigates the New York scene like one of Edith Wharton’s heroines … With finger-licking delight, she reveals the hollowness at the center of the matryoshka doll that is the city’s social networking apparatus.”

“Effervescent … a confection of cocktails, rooftop flirtations, bright dresses, and the joys and melancholy of Female Friendship.”

“Happy Hour is richly written, vividly rendering a stinking city, its tangled social circles and the airy pretence of an exclusive party crowd … it is refreshing to read a book about fun and frivolity whose climax does not rely on the moralisation of peril.”

“Granados does a masterful job at touching on race and class without hitting the reader over the head with overused tropes or stale language.”

“If your days of living for perpetual glamour are now behind you (or yet to come), this magnificent debut is an excellent reminder of what it costs and how it’s done.”

“Happy Hour is the perfect tonic … a sharp, original and intelligent take on existence’s larger themes: work, death, the meaning of life and the very structures which control it.”

“Happy Hour refuses to separate the frivolous and the adventurous … as refreshing as the first sip of a martini on a searing summer’s night.”

“Profound … At their core, books are about the beautiful, but here we have a book where our narrator is not only an observer of beauty but in possession of that beauty too.”

“A delight to read and to hear. Every word evokes a sensation from our lives that lingers with the turn of the page.”