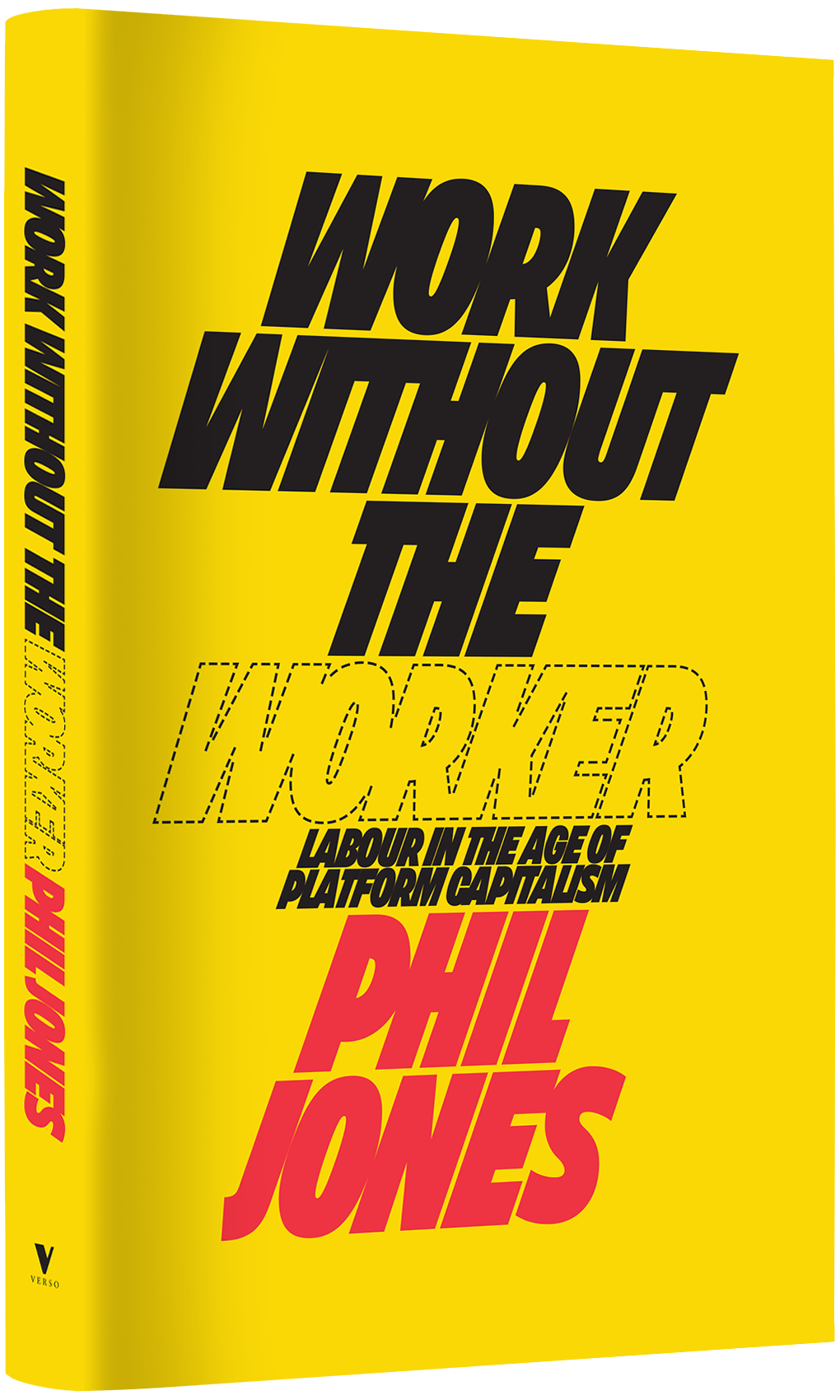 Available for pre-order. This item will be available on September 5, 2023.

Recent years have seen a boom in online crowdworking platforms like Amazon’s Mechanical Turk and Clickworker, and these have become an increasingly important source of work for millions of people. And it is these badly paid tasks, not algorithms, that make our digital lives possible. Used to process data for everything from the mechanics of self-driving cars to Google image search, this is an increasingly powerful part of the new digital economy, although one hidden and rarely spoken of. But what happens to work when it makes itself obsolete. In this stimulating work that blends political economy, studies of contemporary work, and speculations on the future of capitalism, Phil Jones looks at what this often murky and hidden form of labour looks like, and what it says about the state of global capitalism.

“Beneath the noisy sphere of autonomous robots and smart assistants, Jones clearly and patiently reveals the hidden abode of underpaid, overworked, and insecure labourers that underpin our digital society. This is an essential guide to an often invisible world.”

“Let Phil Jones be your guide to the darkest underbelly of work under digitized capitalism, where tech barons surveil workers’ every move and sell their clicks for profit, and the ‘job’ falls apart but we work more all the time. A beautifully written call to arms to stop this miserable future before it comes for all of us.”

– Sarah Jaffe, author of Work Won’t Love You Back

“In this fast-paced and exciting read, Phil Jones explores the hidden abodes of the digital economy, where the world’s surplus workers label images, moderate content, and teach algorithms how to identify common house pets, all for a few cents an hour. Work Without the Worker explores how dispossessed microworkers might band together to spearhead a global movement for free-time and material security.”

– Aaron Benanav, author of Automation and the Future of Work

“Takes readers to the hidden abode of production of artificial intelligence: a world of precarious, highly ex-ploited, and onerous microwork increasingly performed in the slums, prisons, and refugee camps of sclerotic post-crisis capitalism. With an incandescent urgency, Jones argues that such digitally fragmented piecework threatens livelihoods of all sorts, but also that it offers a tantalizing potential for a world beyond wage labor—if we can fight for it.”

“[Phil Jones] establishes himself as a leading figure in what might be called post-accelerationism.”

“Striking ... After reading Jones’ book, it is difficult to look at computers, or those who promote them as our collective salvation, the same way as before.”

“Microwork is the latest proof that technological development doesn't end work, but only produces new forms of labour – and new ways of concealing it.”

Ebooks on the origins of capitalism, the future of labour, and neoliberalism!