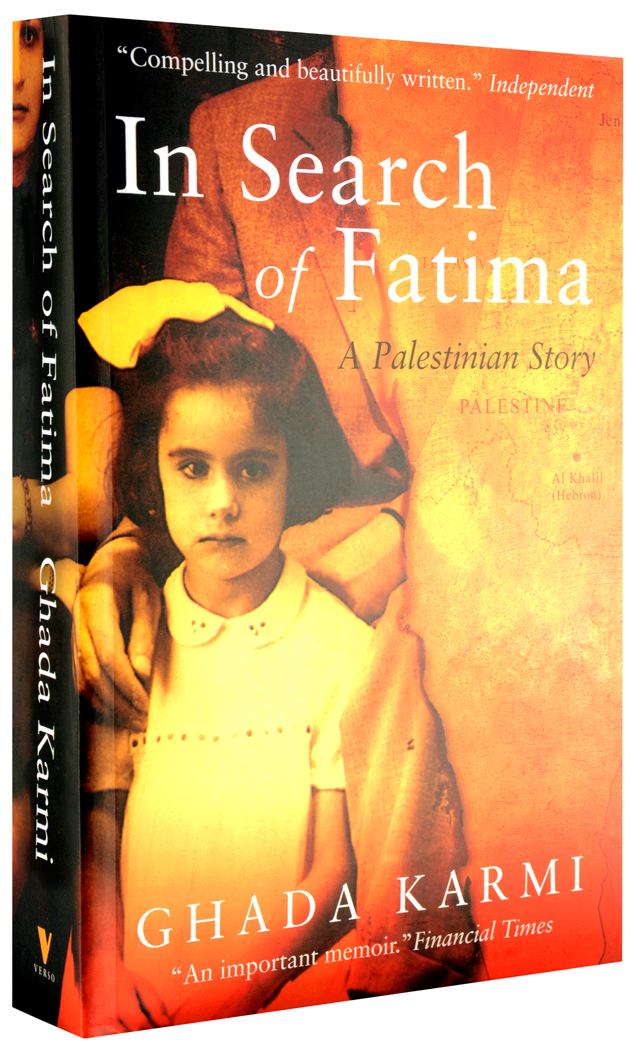 Acclaimed and intimate memoir of exile and dispossession.

Ghada Karmi's acclaimed memoir relates her childhood in Palestine, flight to Britain after the catastrophe, and coming of age in Golders Green, the north London Jewish suburb. A powerful biographical story, In Search of Fatima reflects the author's personal experiences of displacement and loss against a backdrop of the major political events which have shaped conflict in the Middle East. Speaking for the millions of displaced people worldwide who have lived suspended between their old and new countries, fitting into neither, this is an intimate, nuanced exploration of the subtler privations of psychological displacement and loss of identity.

“This is an important memoir, beautifully written by an intelligent, sensitive woman ... It should help those of us who do not understand why growing numbers of Muslims and not a few Christians have lost faith with Western pretensions of fairness.”

“Keenly observed, fierce, honest and yet light of touch.”

“Karmi's great achievement is to humanise the Palestinian predicament. Violent uprooting and exile have permanent psychological effects, which, as the Jewish people discovered, are not necessarily assuaged by the passage of time. We need counter-narratives like this, because we have recently learnt that it is not only parochial but also dangerous to ignore the pain and rights of others.”

“A very timely book in the current political situation… This should serve to remind people just what the big fuss in the Middle East is all about.”

“Ghada Karmi writes simply and poignantly. Here is a story of our time, exile and dispossession.”

“One of the finest, most eloquent and painfully honest memoirs of the Palestinian exile and displacement, which western power and its creature, Israel, have normalised.”