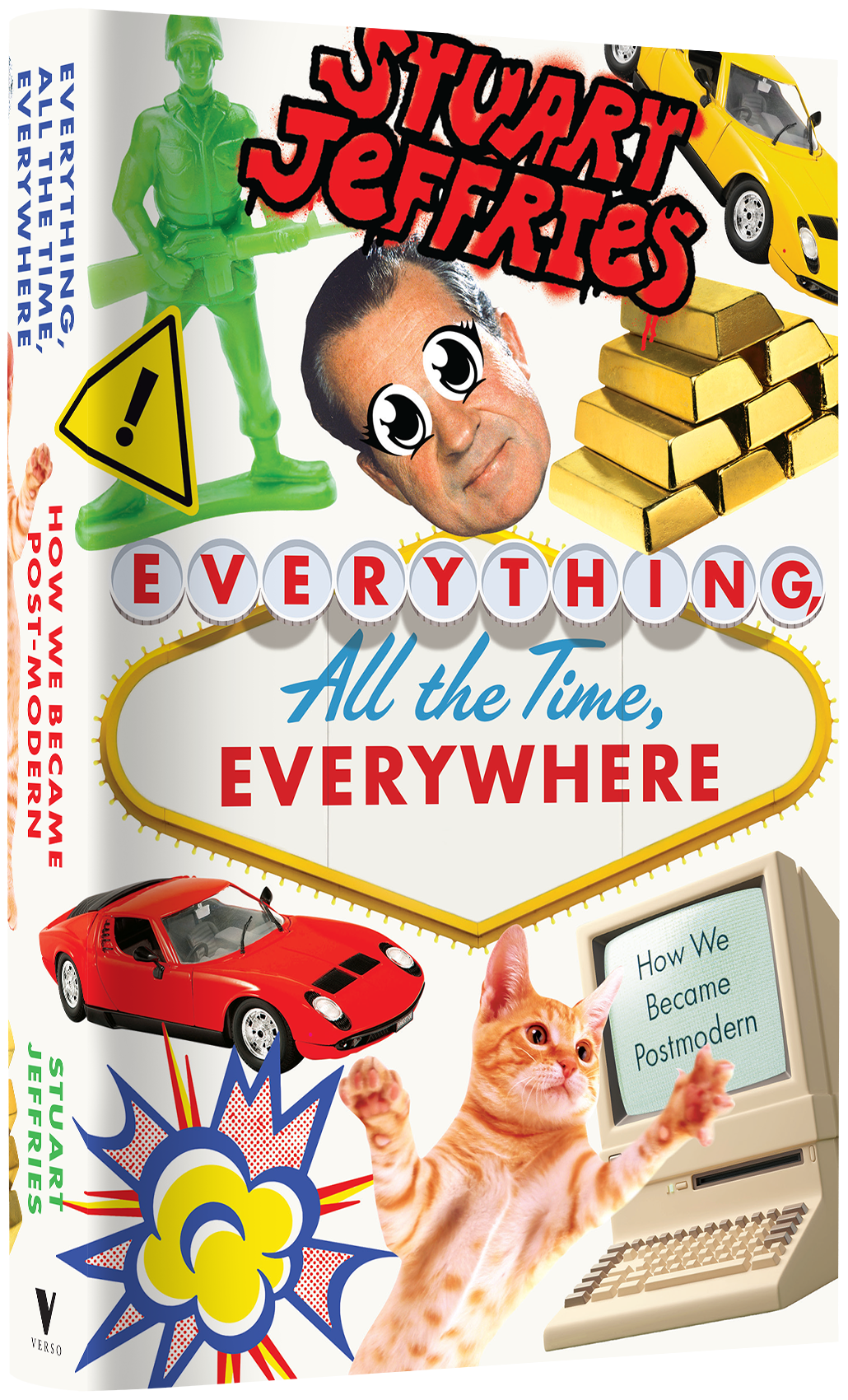 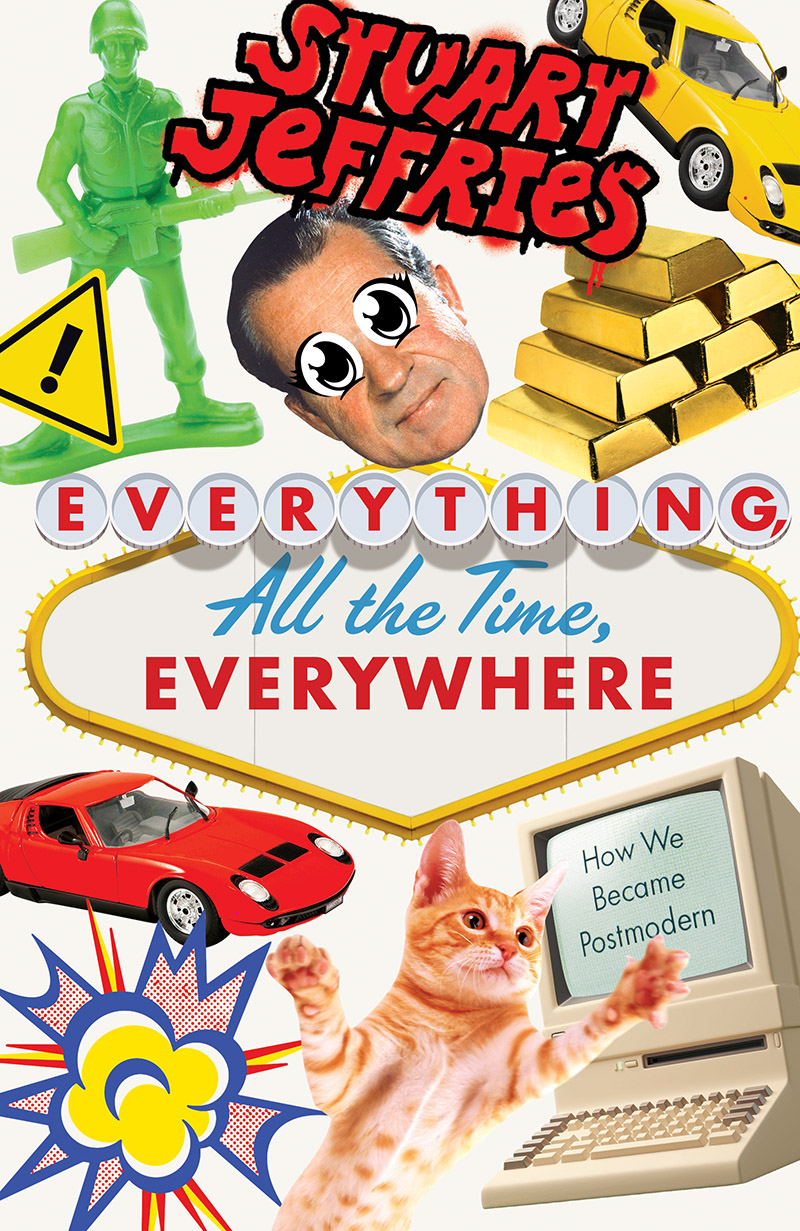 A radical new history of a dangerous idea

Postmodernism stood for everything modernism rejected: fun, exuberance, irresponsibility. But beneath its glitzy surface, postmodernism had a dirty secret: it was the fig leaf for a rapacious new kind of capitalism. It was the forcing ground of “post truth,” by means of which western values were turned upside down. But where do these ideas come from and how have they impacted on the world?

In this brilliant history of a dangerous idea, Stuart Jeffries tells a narrative that starts in the early 1970s and still dominates our lives today. He tells this history through a riotous gallery that includes, among others: David Bowie, the iPod, Madonna, Jeff Koons’s the Nixon Shock, Judith Butler, Las Vegas, Margaret Thatcher, Grand Master Flash, I Love Dick, the RAND Corporation, the Sex Pistols, Princess Diana, Grand Theft Auto, Jean Baudrillard, Netflix, and 9/11.

We are today scarcely capable of conceiving politics as a communal activity because we have become habituated to being consumers rather than citizens. Politicians treat us as consumers to whom they must deliver. Can we do anything other than suffer from buyer’s remorse?

“Jeffries is a rarity: a journalist with a serious interest in cultural theory … who writes about it in a way that is both scholarly and welcoming to non-theorists … entertaining and astute.”

“Splendidly readable … Jeffries packs a remarkable knowledge of postmodern culture into these pages.”

“In holding a mirror to a familiar world, Everything looks to reveal hidden complexities … eminently readable, without eliding the difficulties that are so key to its intrigue.”

“Erudite and entertaining … Everything, All the Time, Everywhere is a detailed and convincing horror story of the amalgamation of the two most dominant intellectual paradigms of the past half century.”

“Everything, All the Time, Everywhere finds Stuart Jeffries examining simply and engagingly how a loss of values and critical thought has led to our ‘post-truth’, irrational world.”

“Not only instructive; [Everything, All the Time, Everywhere] is a pleasurable read … brilliant and entertaining.”

“Everything, All the Time, Everywhere is a book replete with philosophical, social, and political references and its range of material is truly impressive.”

“Pertinent … on class, and capital, [Jeffries] is good.”

“Stuart Jeffries’ animated and witty approach in Everything, All the Time, Everywhere is an exhilarating and even intoxicating look at the shambles the relationship between postmodernism and neoliberal capitalism has created.”

Reading recommendations from our authors.