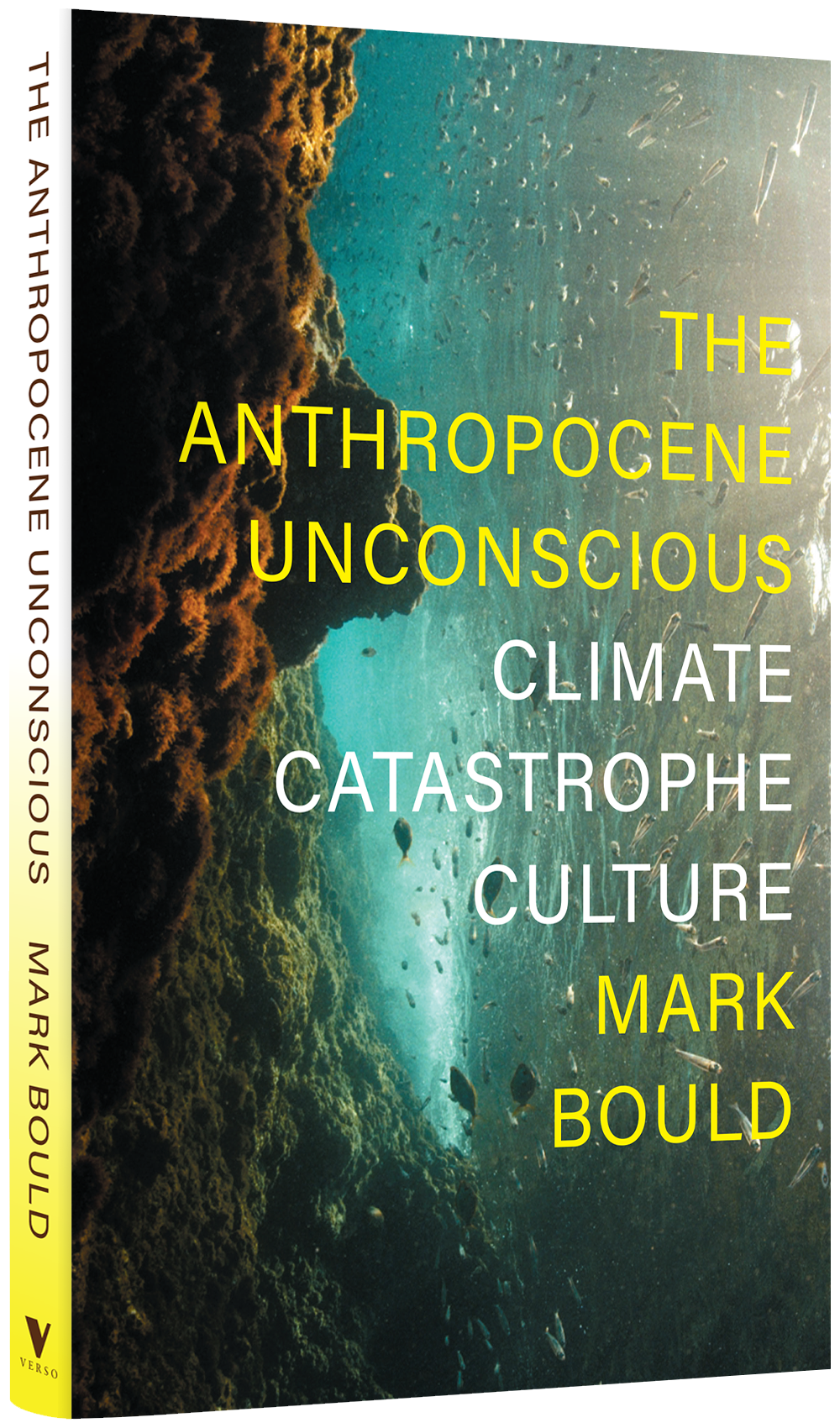 How climate anxiety permeates our culture

Today’s movies, television, and novels are pregnant with catastrophe, with extreme weather and rising waters, with environmental wildness and climate weirdness. From the novel Ducks, Newburyport to zombie movies and the Fast and Furious franchise, the Anthropocene is to be found bubbling away everywhere. It has become, Mark Bould argues, the central subject of our collective unconscious.

The Anthropocene Unconscious explores a world of fictions that are not directly concerned with climate change but yet cannot escape its gravitational pull. This playful and riveting book roams through literary fiction and arthouse cinema, through comic books about vegetable superheroes and cable movies featuring flying sharks, ranging across genres with an utter disregard for distinctions between high and low culture.

In sum, Bould poses a frightening question: What if all the stories we tell today are fundamentally about climate change?

“A scintillating work of boisterous melancholy.”

“Mark Bould’s provocation kicks off a thrill-ride roller coaster of ideas, speeding us from one savvy insight to another about culture in the era of climate change. An essential read for anyone wanting to better understand what we know and don’t know about what comes next.”

– Imre Szeman, author of On Petrocultures

“If The Anthropocene Unconscious weren’t so fun to read, it might be too terrifying to think about. This is a book people will be quoting for the next twenty years.”

“Bould’s work is as impactful in the twenty-first century as Jacques Derrida’s landmark thesis of nuclear culture was three decades ago.”

“Brilliant. A sharp, original, irreverent, and deadly serious exploration of climate’s pervasive presence in all modern culture. Bould’s critical elicitation of climate change across a wide range of genres, places and texts offers a novel methodology for reading, categorizing, and interpreting Anthropocene culture and the banal monstrosities of its attendant carbon capitalism. The result is a highly prescient critique of its root causes and a better means to fully realize the past, present and future effects of its unfolding catastrophes.”

“A vision from the future, a retrospective analysis of our present situation, a requiem for a world we have already lost. This is a deeply personal missive—and one that carries a powerful message: we conflate the fact and fiction of global destruction at our peril.”

“[Bould] is particularly good on film and its qualities … while [his] critical arguments are carefully made, he is clear that his method includes reading an awareness of the Anthropocene into the cultural gems he examines.”

“Worthy and timely … [The Anthropocene Unconscious] provide[s] us with a cultural critique that has the potential to reshape the way we think about all cultural forms, and the climate—literally—in which they are produced.”

“A swift, wide sweep … the book’s central argument is vital: our culture is submerged in climate catastrophe.”

The Anthropocene unconscious of some alien invasions

While sci-fi novels are replete with references to climate change, sci-fi cinema leave a lot to be desired in their narration of the effects of the climate crisis. But what if we watch them against the grain? Here, Mark Bould rewatches some recent alien invasion movies to uncover the Anthropocene unconscious at work in them.