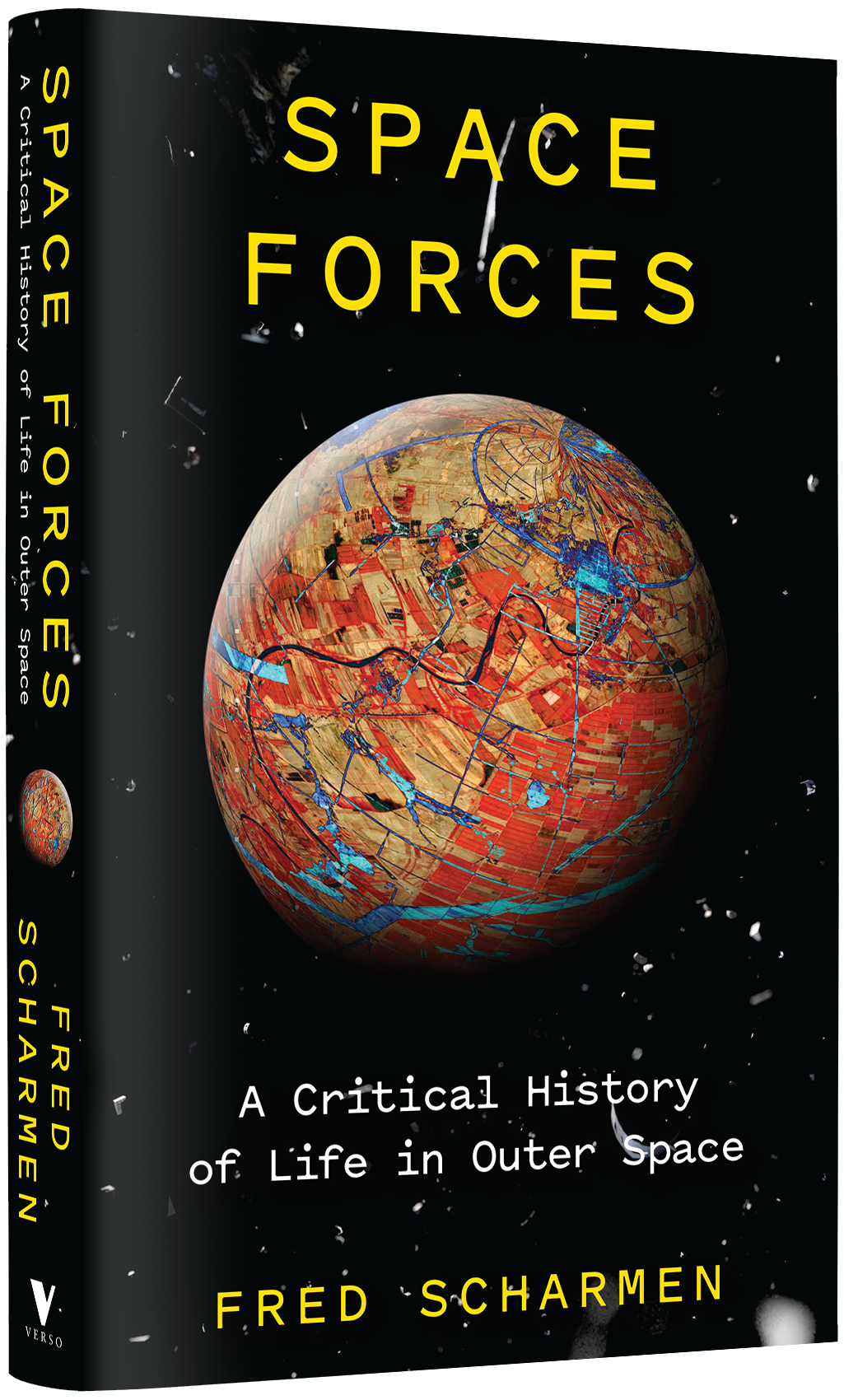 Many societies have imagined going to live in space. What they want to do once they get up there—whether conquering the unknown, establishing space “colonies,” privatising the moon’s resources—reveals more than expected. In this fascinating radical history of space exploration, Fred Scharmen shows that often science and fiction have combined in the imagined dreams of life in outer space, but these visions have real implications for life back on earth.

For the Russian Cosmists of the 1890s space was a place to pursue human perfection away from the Earth. For others, such as Wernher Von Braun, it was an engineering task that combined, in the Space Race, the Cold War, and during World War II, with destructive geopolitics. Arthur C. Clarke, in his speculative books, offered an alternative vision of wonder that is indifferent to human interaction. Meanwhile NASA planned and managed the space station like an earthbound corporation. Today, the market has arrived into outer space and exploration is the plaything of superrich technology billionaires, who plan to privatise the mineral wealth for themselves. Are other worlds really possible?

Bringing these figures and ideas together reveals a completely different story of our relationship with outer space, as well as the dangers of our current direction of extractive capitalism and colonisation.

“The inhabitants of the red planet zoom around in a hyperloop and their leader is called—yes, really—The Elon. This, along with an insane amount of other brilliant nuggets, features in Scharmen’s lively history of space exploration as a colonial and, ultimately, architectural project.”

“Intricately dissects seven foundational visions of humanity’s future in space, from some of the most well-known and prolific engineers, thinkers, entrepreneurs, and science fiction writers in history. Scharmen’s keen eye for structures and systems lets him tease out the common threads of conquest, domination, hope, and fear that drive us towards the stars.”

“An episodic history of space exploration through the eyes of an architect focusing, not in the concept of conquer and dominion, but in the flawed yet captivating desire to reinvent life anew. Fred Scharmen brilliantly navigates through stories of inventing worlds, multidimensional and a-hierarchical, lingering between reality and fiction.”

– Lydia Kallipoliti, Author of The Architecture of Closed Worlds

“As if from a vantage point somewhere in the endangered atmosphere, Space Forces reflects back a sense of what humans are so far by telling stories about their dreams of space travel. Mixed with their eccentric curiosities is their desire to make colonized property out of everything, their racist depravity, their clanking apparatus of national sovereignty, their extractivist hoarding, and their feverish dreams of capital accumulation. These are the little heroes of this little planet busy pursuing their rational plans to dominate it and those who might repair it.”

“In this season of billionaires fleeing, however briefly, up the gravity well, we desperately need a knowledgeable guide to the human exploration of space, the choices it confronts us with, and what it portends for those of us left behind. Fred Scharmen is that guide. His brilliant new Space Forces makes it clear that if space is the place, it’s not one that’s different from Earth, and if and when we venture there for keeps, it’s ourselves that we’ll find there.”

“Whenever I get to read something by Fred Scharmen, I know I’m in for a weird and fascinating ride. Space Forces is no exception.”