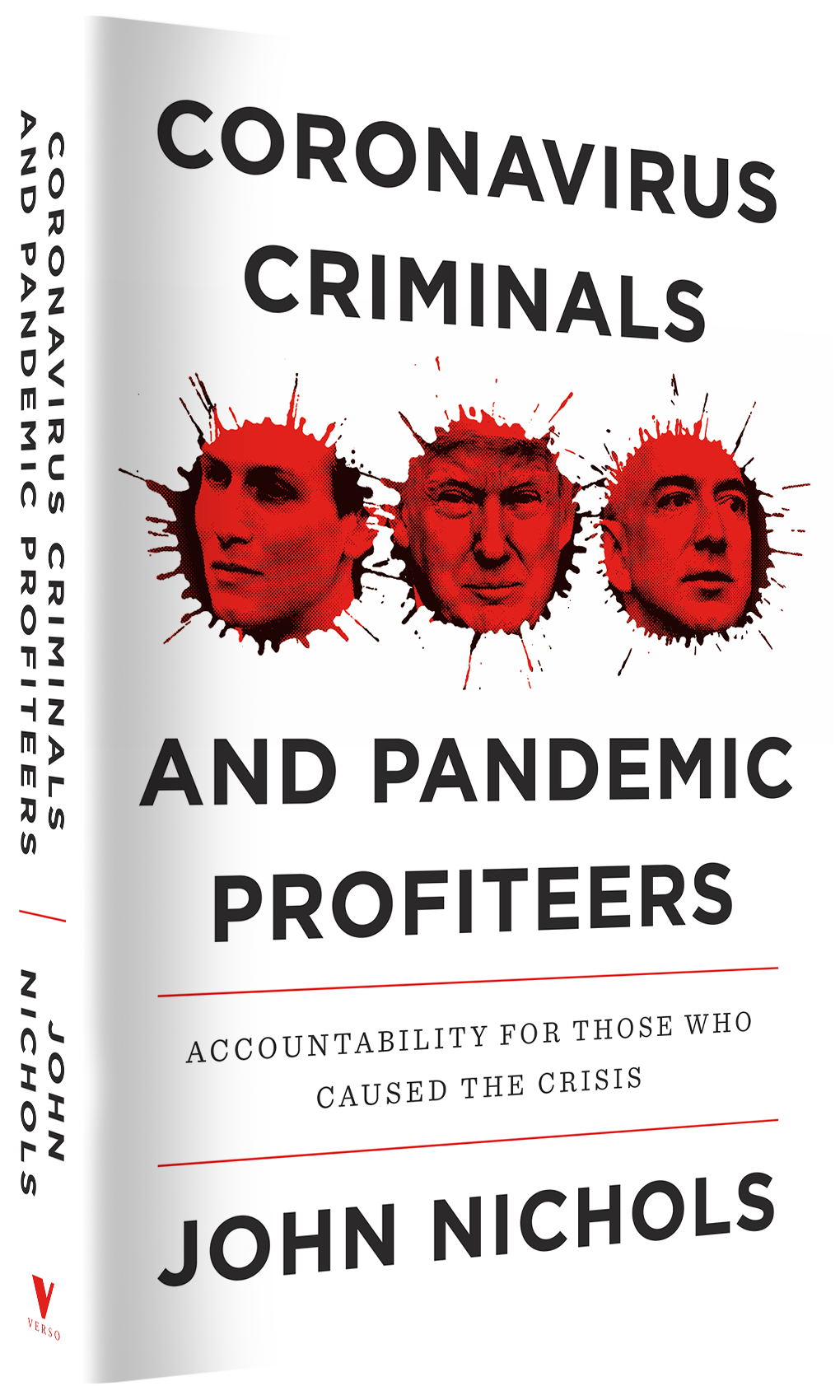 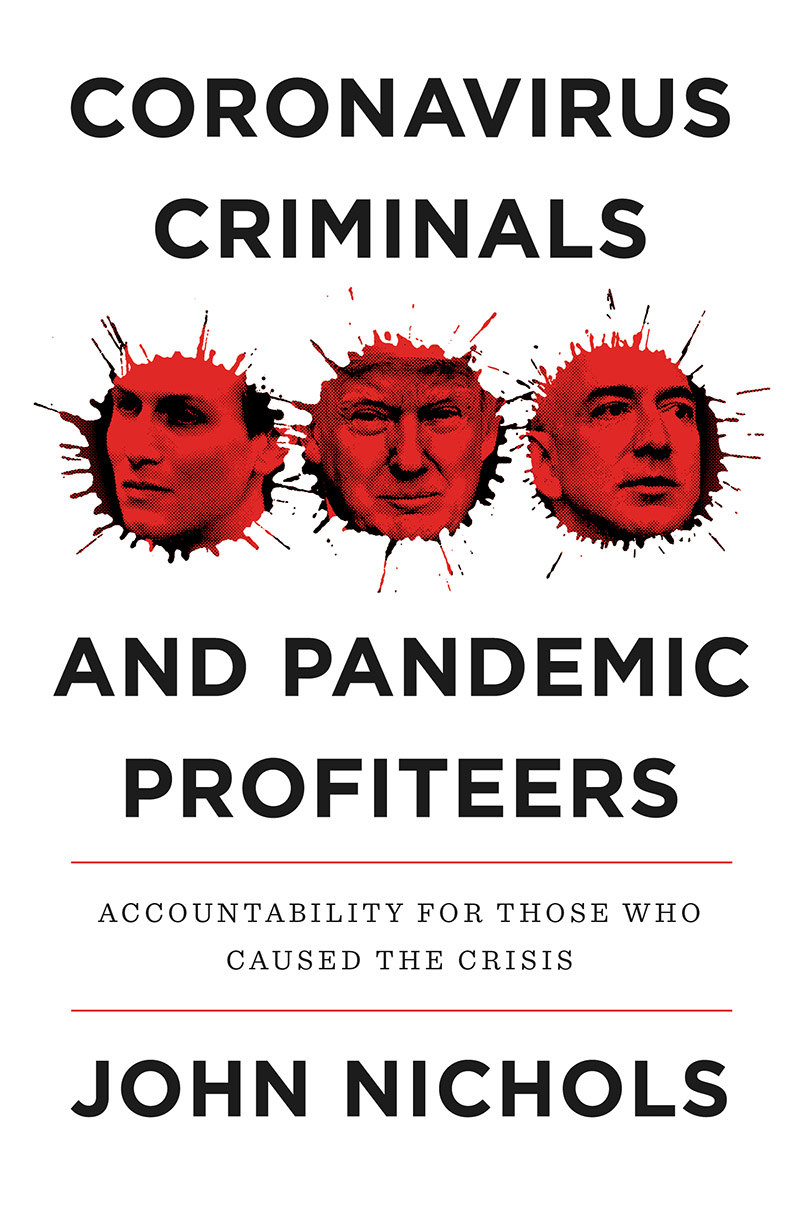 Hundreds of thousands of deaths were caused not by the vicissitudes of nature but by the callous and opportunistic decisions of powerful people, as revealed here by John Nichols.

On March 10, 2020, president Donald Trump told a nation worried about a novel coronavirus, “We’re prepared, and we’re doing a great job with it. And it will go away. Just stay calm. It will go away.” It has since been estimated that had Trump simply taken the same steps as other G7 countries, 40 percent fewer Americans would have died.

And it was not just the president. His inner circle, including Mike Pence and Jared Kushner, downplayed the crisis and mishandled the response. Cabinet members such as Betsy DeVos and Mike Pompeo undermined public safety at home and abroad to advance their agendas. Senators Ron Johnson and Mitch McConnell, governors Kristi Noem and Andrew Cuomo, judges such as Wisconsin Supreme Court justice Rebecca Bradley all promulgated public policies that led to suffering and death. Meanwhile, profiteer Pfizer (and anti-government propagandists such as Grover Norquist) fed at the public trough, while the billionaire Jeff Bezos added pandemic profits to a grotesquely bloated fortune.

John Nichols closes with a call for a version of the Pecora Commission, which took aim at what Franklin Delano Roosevelt called the “speculation, reckless banking, class antagonism, and profiteering” that stoked the Depression. There must be accountability.

“As someone who lost my own father to this deadly pandemic, I can’t tell you how refreshing and necessary John’s book is. I hope this book spurs us to at long last hold accountable those who failed—and continue to fail—to protect lives.”

“John Nichols has done it again. Many history books will be written about Covid-19, but those interested in learning about the key players responsible for exacerbating the pandemic must start here. This is a brilliant roadmap for ensuring those responsible are held accountable.”

“Nichols names and shames the politicians and business leaders who let countless Americans perish from Covid-19. With vivid accounts, Nichols shows us exactly why ‘we have a duty, to the dead, to the ailing, to the damaged and the endangered’ to hold these villains accountable.”

“This is such a necessary exercise in truth-telling. In the name of all those who did not have to die, may we resist the lies that lead to unnecessary death.”

– William J. Barber, II, President of Repairers of the Breach and Cochair of the Poor People’s Campaign

“This riveting book tells us what we need to know about the crooks who took advantage of a moment of incredible weakness in our country, and it tells us how we can—and must—hold them accountable.”

“Sure to alarm as much as it angers and informs … [Coronavirus Criminals and Pandemic Profiteers] will leave readers with a renewed hunger for justice regarding the pandemic.”

The $1 trillion wealth gained by the 651 billionaires in the first nine months of the pandemic shutdown was more than it would cost to send a stimulus check of $3,000 to every one of the roughly 330 million people in America.