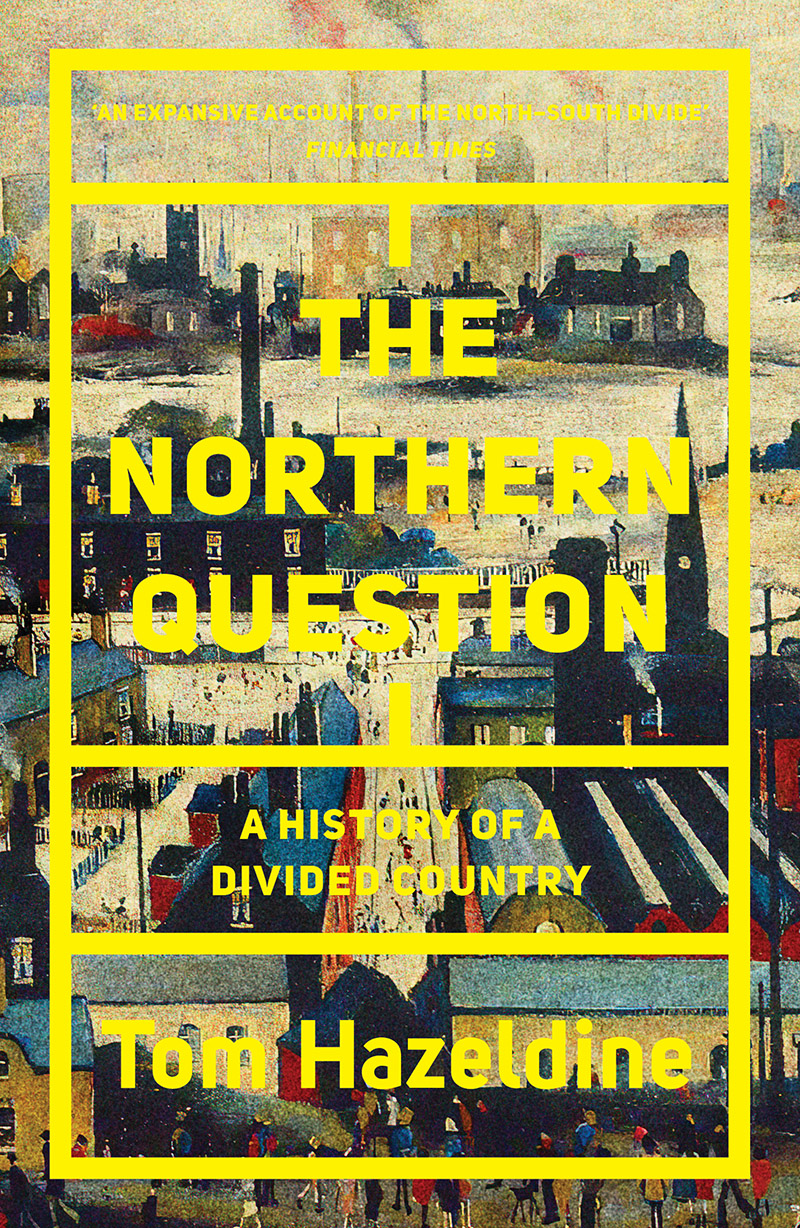 A history of the UK’s regional inequalities, and why they matter

Differences between England’s North and South continue to shape national politics, from attitudes to Brexit and the electoral collapse of Labour’s ‘Red Wall’ to Whitehall’s experimentation with regional pandemic lockdowns. Why is this fault line such a persistent feature of the English landscape?

The Northern Question is a history of England seen in the unfamiliar light of a northern perspective. While London is the capital and the centre for trade and finance, the proclaimed leader of the nation, northern England has always seemed like a different country. In the nineteenth century its industrializing society appeared set to bring a political revolution down upon Westminster and the City. Tom Hazeldine recounts how subsequent governments put finance before manufacturing, London ahead of the regions, and austerity before reconstruction.

“A lively, provocative and richly researched book. Tom Hazeldine shows that far from being marginal to British politics and culture, northern England has played a pivotal role in British history – and must be given serious consideration by the politicians of the future. Well-written and absorbing.”

– Selina Todd, author of Tastes of Honey and The People

“The definitive account of the historical importance of the North–South Divide. A masterly history of the shifting social forces shaped by this enduring fault-line.”

– Geoffrey Ingham, author of The Nature of Money and Capitalism Divided?

“Hazeldine painstakingly recounts how successive twentieth-century governments sacrificed the North on the altar of sterling and the South East.”

“The disparity between the North of England and the South East is a rich and tangled history. Hazeldine’s account is persuasive, and his long view is valuable. With real acuity, he highlights key differences in people’s ideas of political possibility.”

“The first serious study of the social and historical fissure to appear in more than 30 years.”

“Shunning simplifications and panegyrics, Hazeldine’s book is particularly strong on the postwar period, during which both Labour and Tory governments wrestled with the northern question and failed to provide an answer.”

“Deserve[s] a place on the bookshelves of any historian concerned with England.”

“A confident, synoptic book, taking on a thousand years of England’s North/South divide.”

“A historical travelogue not for the politically faint-hearted.”

“Hazeldine convincingly asserts a northern reality. His point is that Brexit, and the collapse of Labour's Red Wall, are just the latest consequences of a divide written into England’s political and economic geography.”

For those who can afford it care is expensive, yet the work itself is usually poorly-paid, performed under increasingly stressful conditions and often contracted out to private providers. John Merrick outlines the effects the care crisis is having in his hometown of Crewe.