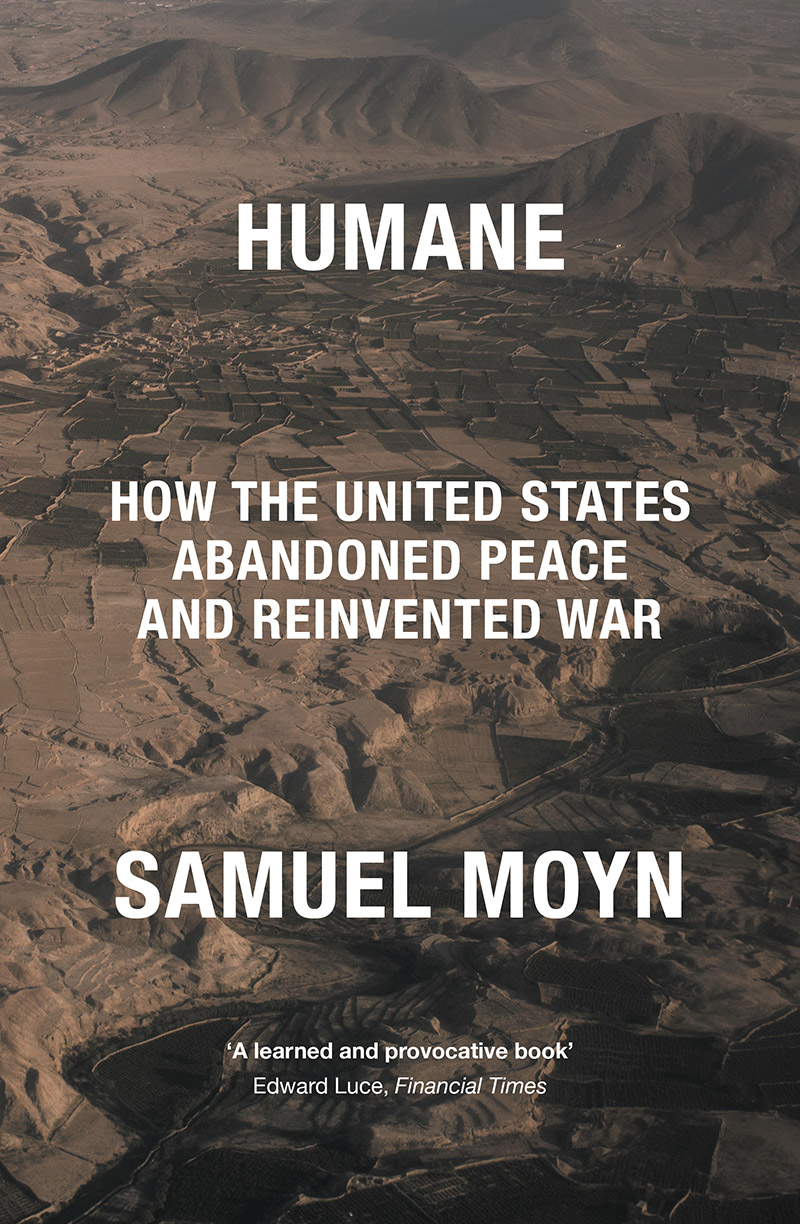 How the United States Abandoned Peace and Reinvented War

The rise of American Empire has coincided with appeals for a more humane war. But what if efforts to make war more ethical—to ban torture and limit civilian casualties—have only shored up the military enterprise and made it sturdier? During this period the campaign to abolish wars has moved to opposing war crimes, with fateful consequences. The ramifications of this shift became apparent in the post–9/11 era. By that time, the US military had embraced the agenda of humane war, driven both by the availability of precision weaponry and the need to protect its image. The battle shifted from the streets to the courtroom, where the tactics of the War on Terror were litigated but its foundational assumptions went without serious challenge. These trends only accelerated during the Obama and Trump presidencies. Even as the two administrations spoke of American power and morality in radically different tones, they ushered in the second decade of the ‘forever’ war.

Humane is the story of how America went off to fight and never came back, and how armed combat was transformed from an imperfect tool for resolving disputes into an integral component of the modern condition. As American wars have become more humane, they have also become endless. This provocative book argues that this development might not represent progress at all.

“A profound and deeply disturbing book.”

– Andrew Bacevich, author of After the Apocalypse

“A surprising, sharp, and deeply compelling reflection on the price of making war humane.”

– Daniel Immerwahr, author of How to Hide an Empire

“We tend to think of the rise of humanitarian laws constraining the exercise of force as an unalloyed good. But Samuel Moyn’s stunning new book, Humane, fundamentally upends this conventional wisdom, highlighting the extent to which efforts to rationalize war-making have gone hand in hand with an American Century marked by preemptive violence, ‘forever wars,’ and a near-limitless global military footprint. In the process, Moyn also recovers and places at the center of political debate the now long-forgotten abolitionist tradition, which sought to end war rather than to reform it. This profound historical retelling is an essential and groundbreaking contribution. It will be debated for years to come, and should be read by any scholar, lawyer, or activist concerned with issues of war and peace.”

– Aziz Rana, author of The Two Faces of American Freedom

“Ours is an era of endless conflict, whose ideal symbol is the armed drone—occasionally firing a missile, which may kill the wrong people, but too far removed from everyday American life to rouse public objections … Moyn’s argument goes beyond the expected humanitarian critique.”

“Smart and provocative … Arriving 20 years after 9/11, as the United States has withdrawn its troops from Afghanistan, Humane encourages readers to ask central questions too often lost amid the chatter of the foreign policy establishment.”

“[A] learned and provocative book … The biggest value of Moyn’s book is the ethical questions he raises. Since war today has become so much less bloody, and involves so many fewer Americans, what is to stop it from becoming perpetual?”

“Moyn skilfully takes us through the debates prompted by Vietnam about international law and how it should be adapted and enforced. Out of this came a determination to find a more humane way to fight such wars.”

“[A] remarkably direct, focused and yet passionate analysis … Moyn demonstrates throughout why war itself is the continuing problem.”