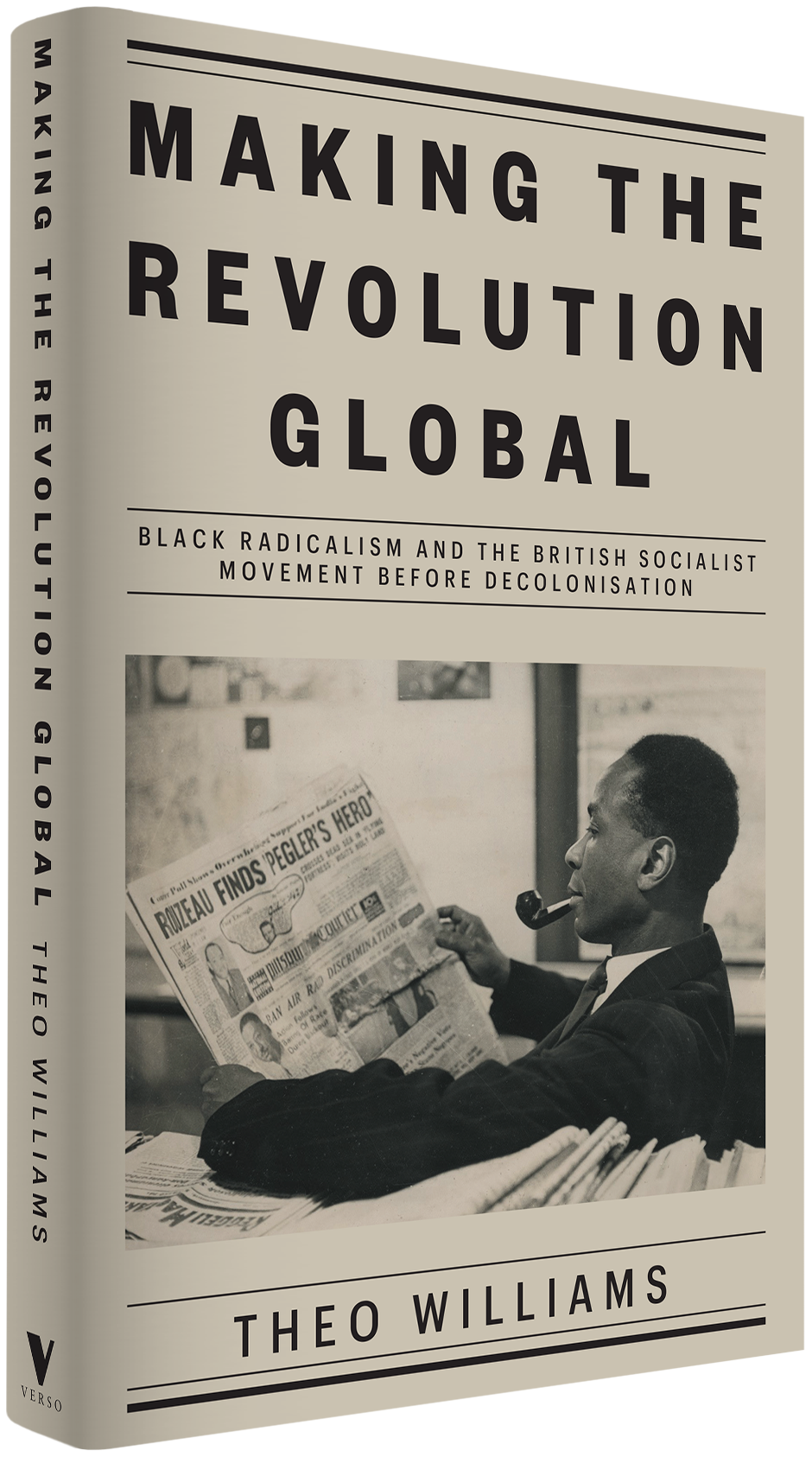 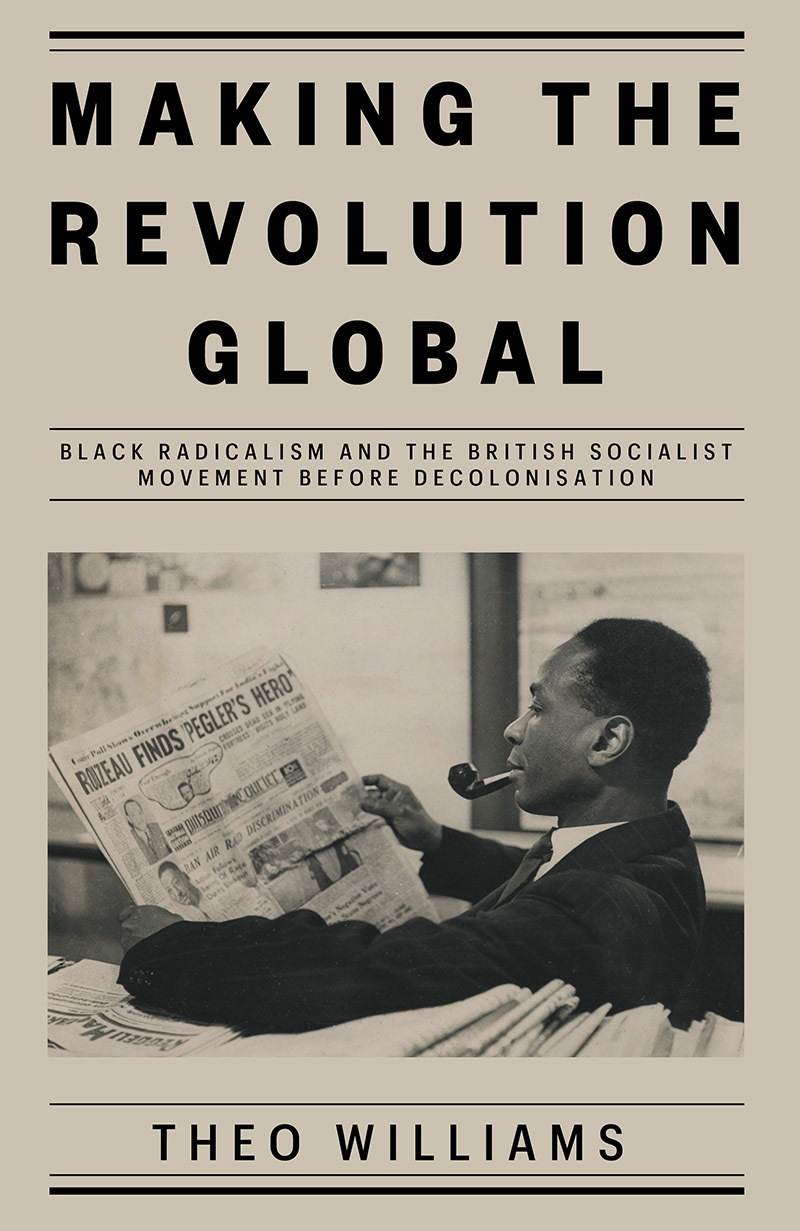 Available for pre-order. This item will be available on October 18, 2022.

Making the Revolution Global shows how black radicals transformed socialist politics in Britain in the years before decolonisation. African and Caribbean activist-intellectuals, such as Amy Ashwood Garvey, C.L.R. James, Jomo Kenyatta, Kwame Nkrumah and George Padmore, came to Britain during the 1930s and 1940s and intervened in debates about capitalism, imperialism, fascism and war. They consistently argued that any path towards international socialism must have colonial liberation at its heart. Although their ideas were met with opposition from many on the British Left, they convinced significant sections of the movement of the revolutionary potential of colonised peoples. By centring the entanglements between black radicals and the wider British socialist movement, Theo Williams casts new light on responses to the 1935 Italian invasion of Ethiopia, the 1945 Fifth Pan-African Congress, and a wealth of other events and phenomena. In doing so, he showcases a revolutionary tradition that, as illustrated by the global Black Lives Matter demonstrations of 2020, is still relevant today.

“Williams' account throws more light on a story that has yet to be told in its entirety - how campaigners across race lines worked together to contribute to the great world-shaping movements towards decolonisation and liberation. This is a serious and worthwhile addition to scholarship on internationalism.”

“Theo Williams authoritatively details how Black militant Pan-Africanist radicals in Britain around George Padmore not only fought for colonial liberation in Africa and the Caribbean during the 1930s and 1940s but also worked with the Independent Labour Party led by Fenner Brockway to help change the way half the British Left thought about racism and imperialism. This very impressive organisational history of the International African Service Bureau thus illuminates the wider relationship of socialism to black liberation in the aftermath of the Russian Revolution of 1917, and so represents an invaluable contribution to scholarship on ‘the red and the black’.”

“A fine, nuanced study of Black radical contributions to critical debates within the U.K, Europe, Africa and the colonies about the interplay of capitalism, fascism, and imperialism. Williams's exceptional archival research is matched by a dogged commitment to recovering the lives and work of key figures like George Padmore and C.L.R. James. This book gives fresh perspective to the 20th century European Left, and helps to decolonize the study of global radicalism.”

“A timely book which sparkles with fresh ideas. In his accommodating prose Williams shows how the native traditions of British socialism and diasporic Pan-Africanisms coexisted in a jarring but constant dialogue. He brings to light the buried pas de deux which reveals each to have been in the other. This is a history in which every moment resonates for the present.”

“Making the Revolution Global powerfully recasts the story of interwar Black British radicalism, illustrating the ways anti-imperialism and pan-Africanism shaped British socialism. This timely, rich and layered account demonstrates that anti-racism and anti-imperialism were not marginal to the metropolitan left, but instead constituted key axes of debate and contestation among British socialists.”

– Adom Getachew, author of Worldmaking after Empire: The Rise and Fall of Self-Determinaiton

“This very thoroughly researched book is an exploration of the political attitudes/policies of left-wing political parties (and then even the Labour Party) regarding imperialism, colonialism and independence in the UK. It investigates the relationships between Black activists - individuals and organisations - and these political parties. After all, 'imperialism was central to capitalism', which explains why some/many want to retain the colonies. And what was the effect on them all? So a vast amount of information on George Padmore, Makonnen, C.L.R.James, Chris Jones, et al, including women activists. And just as much on the organisations they set up/were involved with eg IASB, Pan-African Federation, Negro Welfare Association. It ends with an analysis of their influence on returning African leaders such as Jomo Kenyatta and Kwame Nkrumah.”