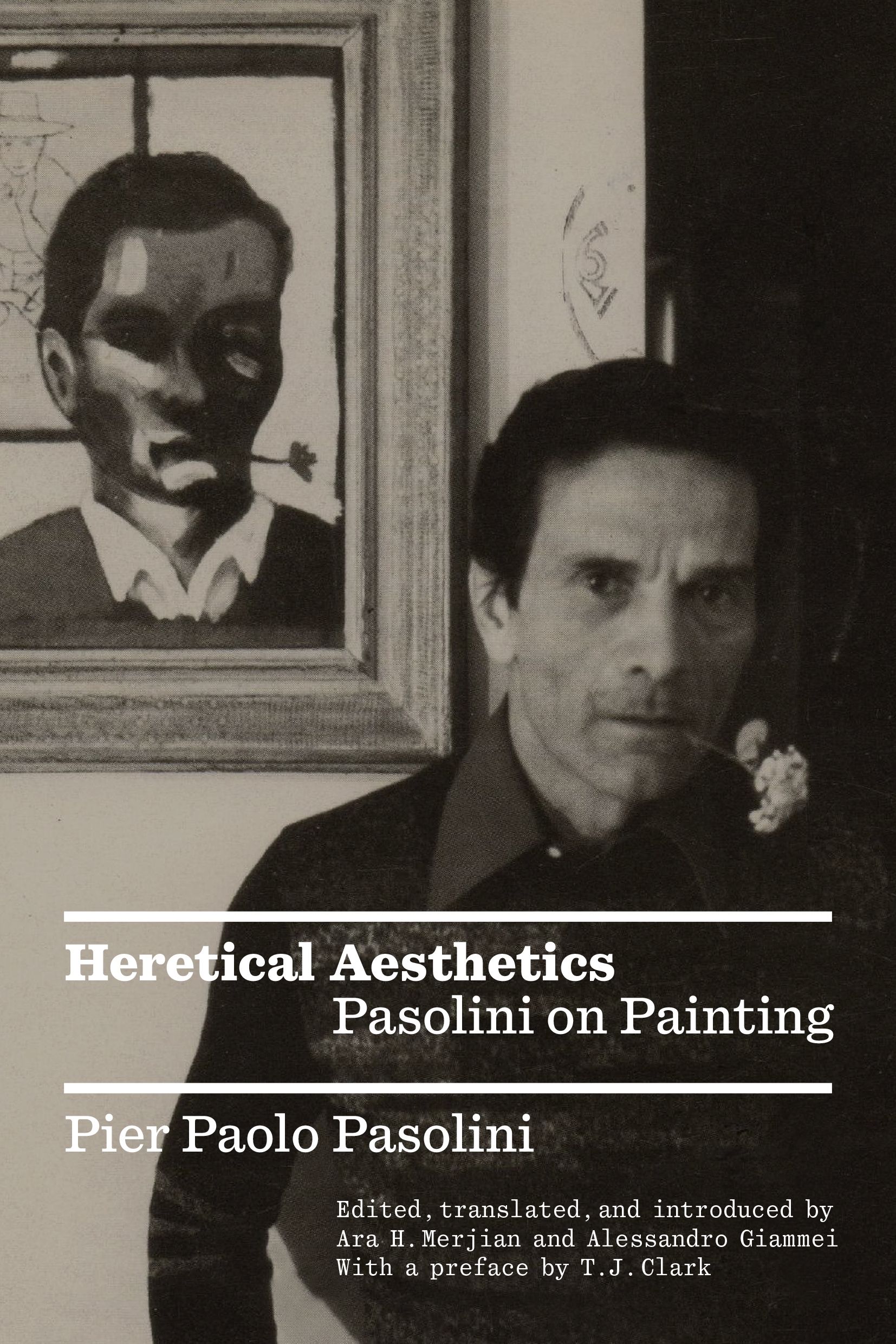 Available for pre-order. This item will be available on August 1, 2023.

First collection on filmmaker and poet Pasolini's passion for painting

One of Europe’s most mythologized Marxist intellectuals of the 20th century, Pier Paolo Pasolini was not only a poet, filmmaker, novelist, and political martyr. He was also a keen critic of painting. An intermittently practicing artist in his own right, Pasolini studied under the distinguished art historian Roberto Longhi, whose lessons marked a life-long affinity for figurative painting and its centrality to a particular cinematic sensibility.

Pasolini set out wilfully to “contaminate” art criticism with semiotics, dialectology, and film theory, penning catalogue essays and exhibition reviews alongside poems, autobiographical meditations, and public lectures on painting. His fiercely idiosyncratic blend of Communism and classicism, localism and civic universalism, iconophilia and aesthetic “heresy,” animated and antagonized Cold War culture like few European contemporaries. This book offers numerous texts previously available only in Italian, each accompanied by an editorial note elucidating its place in the tumultuous context of post-war Italian culture.

Prefaced by the renowned art historian T.J. Clark, a historical essay on Pasolini’s radical aesthetics anchors the anthology. One hundred years after his birth, Heretical Aesthetics sheds light on one of the most consequential aspects of Pasolini’s intellectual life, further illuminating a vast cinematic and poetic corpus along the way.