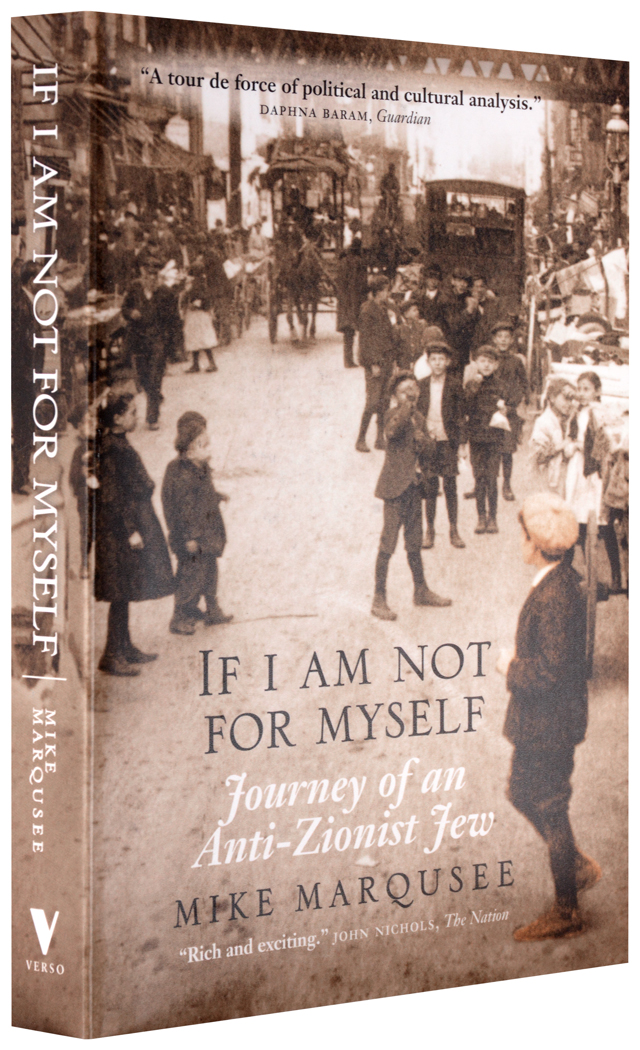 A deeply felt memoir exploring Jewish identity and history.
If I Am Not For Myself is a passionate, thought-provoking exploration of what it means to be Jewish in the twenty-first century. It traces the author’s upbringing in 1960s Jewish-American suburbia, his anti-war and pro-Palestinian activism on the British left, and life as a Jew among Muslims in Pakistan, Morocco, and Britain. Interwoven with this are the experiences of his grandfather’s life in Jewish New York of the 1930s and 40s, his struggles with anti-Semitism and the twists and turns that led him from anti-fascism to militant Zionism. In the course of this deeply personal story, Marqusee refutes the claims of Israel and Zionism on Jewish loyalty and laments their impact on the Jewish diaspora. Rather, he argues for a richer, more multi-dimensional understanding of Jewish history and identity, and reclaims vital political and personal space for those castigated as “self-haters” by the Jewish establishment.

“In this extraordinary journey through family memory and New York left-wing history, Marqusee introduces us to unforgettable Jewish heretics and heroes, including his brawling grandfather and the Prophet Amos … Both in the eloquence of his writing and the deep humanism of his vision, he stands shoulder to shoulder with the spirits of Isaac Deutscher and Edward Said.”

“A rare and precious work.”

“The personal story is rich and exciting, ranging from the Bronx to suburbia to Pakistan, Morocco and finally London. The thinking about ‘what it means to be a Jew in the 21st century’ is bold and innovative. No one can read this book without having his or her perspective on the Middle East, religion and the left, expanded.”

“A tour de force of political and cultural analysis … a manifesto for a whole generation of Jewish radical activists who refuse to be deterred by the threat of being labeled, and libeled, as self-haters.”

“When I had finished this book I wanted to cheer … If Jewish adolescents got Marqusee’s book as a bar mitzvah present, there might be a chance of avoiding the repetition of history’s mistakes.”

“A fascinating, if quirky exploration of the Zionism-versus-anti-Zionism debate, to which it adds fire.”

“His vigorous voice speaks clearly and decisively for the old Jewish radical tradition.”

“Erudite and well-argued … provocative and timely.”

“Adventurers, charlatans, schemers, and activists abound . . . The true stories Dolin spins rival anything Hollywood has come up with on the topic. . . . entertaining and informative. . . . Fur, Fortune, and Empire gives what it promises. It is an illuminating analysis of how the beaver and its fur-bearing colleagues became the true 'founding fathers' of North America.”

“Marqusee is clearly a deep yet broad thinker in the classical intellectual mould, and there is food for thought in every chapter.”

One of the Greatest: Dave Zirin on Mike Marqusee, Muhammad Ali, and Redemption Song