40% off everything on our site!
5 hours left 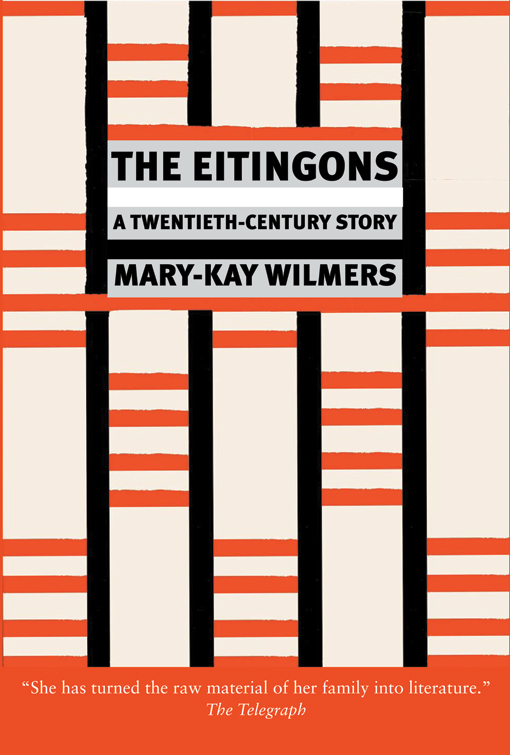 A stunning family saga that mixes the fur trade, psychoanalysis and Trotsky.

Leonid Eitingon was a KGB assassin who dedicated his life to the Soviet regime. He was in China in the early 1920s, in Turkey in the late 1920s, in Spain during the Civil War, and, crucially, in Mexico, helping to organize the assassination of Trotsky. “As long as I live,” Stalin said, “not a hair of his head shall be touched.” It did not work out like that.

Max Eitingon was a psychoanalyst, a colleague, friend and protégé of Freud’s. He was rich, secretive and—through his friendship with a famous Russian singer— implicated in the abduction of a white Russian general in Paris in 1937. Motty Eitingon was a New York fur dealer whose connections with the Soviet Union made him the largest trader in the world. Imprisoned by the Bolsheviks, questioned by the FBI. Was Motty everybody’s friend or everybody’s enemy?

Mary-Kay Wilmers, best known as the editor of the London Review of Books, began looking into aspects of her remarkable family twenty years ago. The result is a book of astonishing scope and thrilling originality that throws light into some of the darkest corners of the last century. At the center of the story stands the author herself—ironic, precise, searching, and stylish—wondering not only about where she is from, but about what she’s entitled to know.

“A superbly written book, The Eitingons is much more than a family history, for the author has a deep knowledge of the cultural and political context, whether of twentieth-century America or the Soviet Union, in which they lived. It stands as an intimate portrait of a world that seems far removed from our own.”

“Unlike the hordes of amateur historians who have mobbed the world’s libraries over the past decade on the theory that reconstructing lineage equates to personal discovery, Wilmers is up to something that commands general attention.”

“The Eitingons is a riveting history of the twentieth century. It deals with war, displacement, murder, espionage, the Jewish diaspora and psychoanalysis. It explains Trotsky’s assassination, the growth of Freud’s teachings, the importance of the fur trade, the uses of money and the lure of the past. There is a lightness and a truthfulness in the narrative that makes you turn every page with pure fascination.”

“Wilmers’ adventures in digging through [the Eitingons’] lost world makes Mary-Kay one of the book’s most intriguing characters.”

“Like characters in some Russian Jewish Stalinist Freudian capitalist 20th-century fairy tale, the Eitingons are larger than life, their fates bitter and all too human.”

“Wilmers pieces together what she can of the shadowy life of Leonid Eitingon, a high-level KGB killer … and looks for clues that her grandfather’s cousin Max, a protégé of Freud in Berlin, and Motty, a New York fur trader, were also working for Stalin. What emerges is a fascinating story of family secrets and silences.”

“Well researched, bold, and revealing, Wilmers's book transforms a series of dark family secrets into an illuminating experience for anybody brave enough to delve into the enigma of family history.”

“Compelling… [Wilmers] has produced a deeply-researched family chronicle, which bears only a trace resemblance to the memoirs that dominate the book industry.”