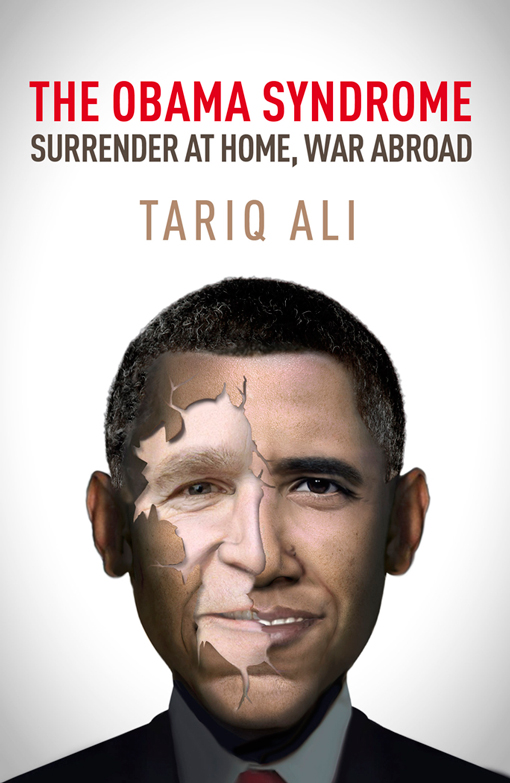 A merciless dissection of Obama’s overseas escalation and domestic retreat.

“Our country has borne a special burden in global affairs. We have spilled American blood in many countries on multiple continents ... Our cause is just, our resolve unwavering. We will go forward with the confidence that right makes might.”
—Barack Obama, West Point, December 1, 2009

What has really changed since Bush left the White House? Very little, argues Tariq Ali, apart from the mood music. The hopes aroused during Obama’s election campaign have rapidly receded—the honeymoon has been short. Following the financial crisis, the “reform” president bailed out Wall Street without getting anything in return. With Democratic Party leaders and representatives mired in the corrupt lobbying system, the plans for reforming the healthcare system lie wrecked on the Senate floor. Abroad, the “war on terror” continues: torture on a daily basis in the horror chamber that is Bagram, Iraq occupied indefinitely, Israel permanently appeased, and more troops to Afghanistan and more drone attacks in Pakistan than under Bush. The fact that Obama has proved incapable of shifting the political terrain even a few inches in a reformist direction will pave the way for a Republican surge and triumph in the not too distant future.

“The Obama Syndrome will be a powerful boost to Obama dissenters on the left.”

“Ali ... remains an outlier and intellectual bomb-thrower in his adopted London; an urbane, Oxford-educated polemicist.”

“Ali doesn't put all blame on Obama and offers a prescription for the terrible problems confronting us: 'The lack of popular social movements in the United States enabled the elite to impose its own solutions, and these were, unsurprisingly, designed to boost the existing arrangements ... The lesson is an old one: without action from below, there will be no change above.'”

Emmanuel Macron, spasm of the system

Time on the Clock of The World: Amin Husain on How We Handle Trump