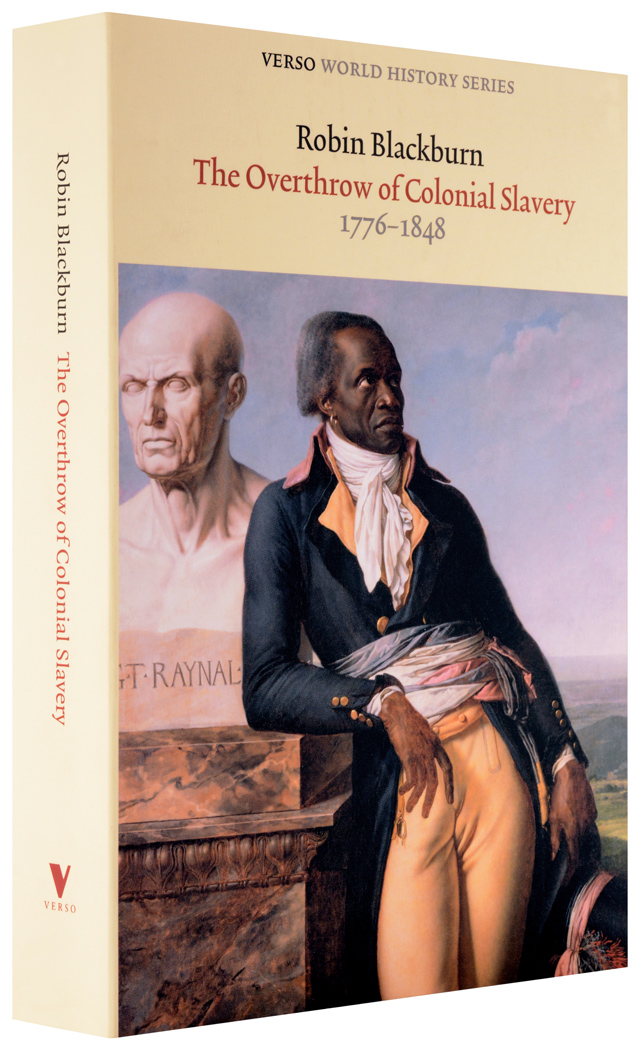 "One of the finest studies of slavery and abolition."—Eric Foner

In 1770 a handful of European nations ruled the Americas, drawing from them a stream of products, both everyday and exotic. Some two and a half million black slaves, imprisoned in plantation colonies, toiled to produce the sugar, coffee, cotton, ginger and indigo craved by Europeans. By 1848 the major systems of colonial slavery had been swept away either by independence movements, slave revolts, abolitionists or some combination of all three. How did this happen?

Robin Blackburn’s history captures the complexity of a revolutionary age in a compelling narrative. In some cases colonial rule fell while slavery flourished, as happened in the South of the United States and in Brazil; elsewhere slavery ended but colonial rule remained, as in the British West Indies and French Windwards. But in French St. Domingue, the future Haiti, and in Spanish South and Central America both colonialism and slavery were defeated. This story of slave liberation and American independence highlights the pivotal role of the "first emancipation" in the French Antilles in the 1790s, the parallel actions of slave resistance and metropolitan abolitionism, and the contradictory implications of slaveholder patriotism.

The dramatic events of this epoch are examined from an unexpected vantage point, showing how the torch of anti-slavery passed from the medieval communes to dissident Quakers, from African maroons to radical pirates, from Granville Sharp and Ottabah Cuguano to Toussaint L’Ouverture, from the black Jacobins to the Liberators of South America, and from the African Baptists in Jamaica to the Revolutionaries of 1848 in Europe and the Caribbean.

“A challenge to those who fondly suppose that slavery declined as ideas of Western ‘enlightenment’ spread … Blackburn deserves praise for undermining complacency about the past—and the present.”

“Blackburn’s highly intelligent and well-written book is a substantial contribution. In this story the central event is the French Revolution.”

“An incisive synthesis of developments in North America, the Caribbean and Latin America. Blackburn’s book is bold and original.”

“One of the finest studies of slavery and abolition to appear in many years.”

“The first historian since Eric Williams to present a comprehensive interpretation. But Blackburn, profiting from and admirably synthesizing the vast scholarship produced since Capitalism and Slavery (1944), is far less rigid and doctrinaire, much more attuned to the workings of politics. Unlike Williams, he includes slavery throughout the Western hemisphere.”

New Perspectives on the Black Atlantic

Another University is Possible