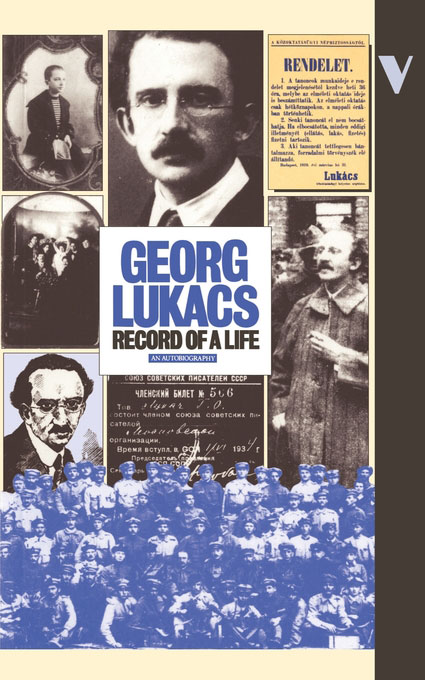 A compelling tribute to a remarkable man, formed from interviews near the end of an eventful life.

This revealing autobiography of the Hungarian Marxist philosopher Georg Lukács is centered on a series of interviews that he gave in 1969 and 1971, shortly before his death on 4 June 1971.

Stimulated by the sympathetic yet incisive questioning of the interviewer, the Hungarian essayist István Eörsi, Lukács discusses at length the course of his life, his years of political struggle, and his formation and role as a Marxist intellectual. From a highly evocative account of his childhood and school years, Lukács proceeds to discuss his political awakening; the debates within the socialist movement over the First World War form the prelude to an assessment of Tactics and Ethics, written in 1919; from there the discussion turns to Lukács’s early major contribution to Marxist philosophy, History and Class Consciousness.

After considering at length the years of emigration in Vienna and the Soviet Union, Lukács finally recalls his return to Hungary after the Second World War, and his new position as a revolutionary left critic of actually existing socialism. “By socialist democracy,” he wrote in 1970, “I understand democracy in ordinary life, as it appears in the Workers’ Soviets of 1871, 1905 and 1917, as it once existed in the socialist countries, and in which form it must be re-animated.”

This Record of a Life, which includes an introduction by István Eörsi, furnishes a compelling tribute to a remarkable man.

Georg Lukács During War and Revolution

Lukács discusses his experiences during the years of World War I, the Russian Revolution, and the short-lived Hungarian Soviet Republic, for which he served as the People's Commissar for Education and Culture.

The Erasure of History: Lukács Forgotten