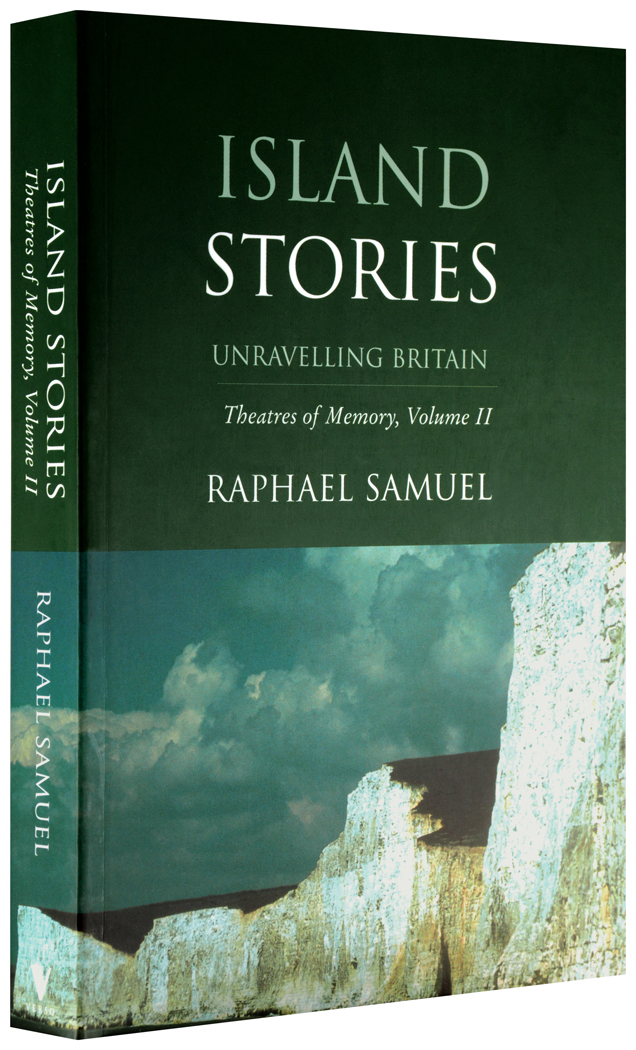 “The sheer scope and erudition of these pages is stunning.”—Terry Eagleton, Guardian
A luminous sequel to the highly acclaimed first volume of Theatres of Memory, Island Stories is an engrossing journey of discovery into the multiple meanings of national myths, their anchorage in daily life and their common sense of a people’s destiny. Raphael Samuel reveals the palimpsest of British national histories, offering a searching yet affectionate account of the heroes and villains, legends and foibles, cherished by the “four nations” that inhabit the British Isles. Samuel is interested by the fact that traditions can disappear no less abruptly than they were invented. How is it, he asks, that the Scots have lost interest in a British narrative of which they were once a central protagonist? Why is the celebration of “Britons” thriving today just as its object has become problematic? Island Stories marvelously conveys the mutability of national conceits. Samuel calls as witness a galaxy of authorities—Bede and Gerald of Barri, Macaulay and Stubbs, Shakespeare and Dickens, Lord Reith and Raymond Williams, Margaret Thatcher and Tony Benn—each of whom sought to renew the sense of national identity by means of an acute sense of the past. Island Stories is a luminous study of the way nations use their past to lend meaning to the present and future. This sequel to the widely acclaimed Theatres of Memory is as passionate, unexpected and enjoyable as its predecessor.

“The sheer scope and erudition of these pages is stunning ... an imaginative tour de force.”

“Provocative, original ... a powerful testimony to the unending dialogue between the present and the past that is the essence and excitement of history.”

“A stunning collection ... humane, optimistic, multi-textured, ever-meandering but always sparkling ... One of the finest and—paradoxically—most quintessentially English historians of our time.”

“A magnificent and irreplaceable collection.”

“A provocative lens into both the remote and the near British past.”

“Deeply researched, intelligently argued, lovingly presented, thoroughly excitable and immensely stimulating ... [Samuel is] as comfortable with seventeenth-century sectarians as with Victorian nonconformists, as familiar with the townlands of Ireland as the streets of London.”

“A rich fund of subversive ideas.”

History in the making: Celebrating the work of Raphael Samuel

Your country needs you!: Responses to the World War I Centenary