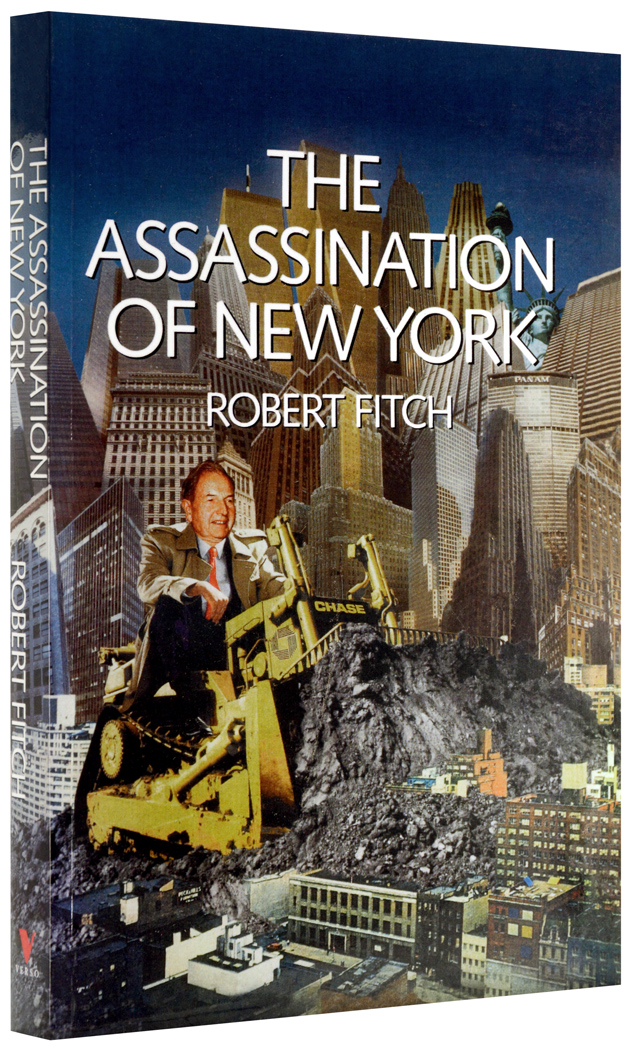 “Nothing that has been written about New York ... comes close.”—New York Newsday

Robert Fitch argues that, within a generation, New York City has been transformed from the richest city in the world to one of the poorest in North America. The pillars of its economy—Macy’s, the Daily News, Citibank, Olympia and York, the Trump organization—have cracked or collapsed. Today, the officially poor in New York number nearly 2,000,000 and more than 400,000 residents of the city are without jobs.

In this indictment of those who have wrecked New York, Robert Fitch points to the financial and real-estate elites. Their goals, he argues, have been simple and monolithic: to increase the value of the land they own by extruding low-rent workers and factories, replacing them with high-rent professionals and office buildings. The planning establishment has been able of raise the value of real estate inside the city boundaries over twenty-fold. In doing so, Fitch suggests, it effectively closed New York’s deep-water port, eliminated its freight rail system, shuttered its factories and destroyed its capacity for incubating new business.

Now the real-estate values have collapsed. The city is left with 65,000,000 square feet of office space—enough to last, without any new building, to the middle of the twenty-first century. In pursuit of those who are responsible, Fitch arraigns the great and the bad of the city’s establishment: Roger Starr, architect of “planned shrinkage” (the withdrawal of fire, police and mass transit services from black and Latino neighborhoods); the Ford Foundation, which proposed converting vast tracts of the South Bronx into a vegetable garden; City Hall fixers like John Zucotti, Herb Sturz and James Felt, who cut the deals between government and real estate by working for both sides; and the Rockefeller family, whose involuntary investment in the Rockefeller Center became a gigantic “tar baby,” nearly swallowing up their entire fortune.

Drawing on never-before-published material from the Rockefeller family archives, as well as other archival documents, this book aims to expose those responsible for the demise of New York.

“Bob Fitch has turned over every document in the archives to find out who was in the firing squad that murdered New York: the unelected power brokers in the boardrooms, the planners from private foundations, and the political puppets who meekly pulled the trigger on blue-collar industries when they were given the order to shoot ... Nothing that has been written about New York ... comes close.”

Past the Horse Race: US Politics Beyond the Election