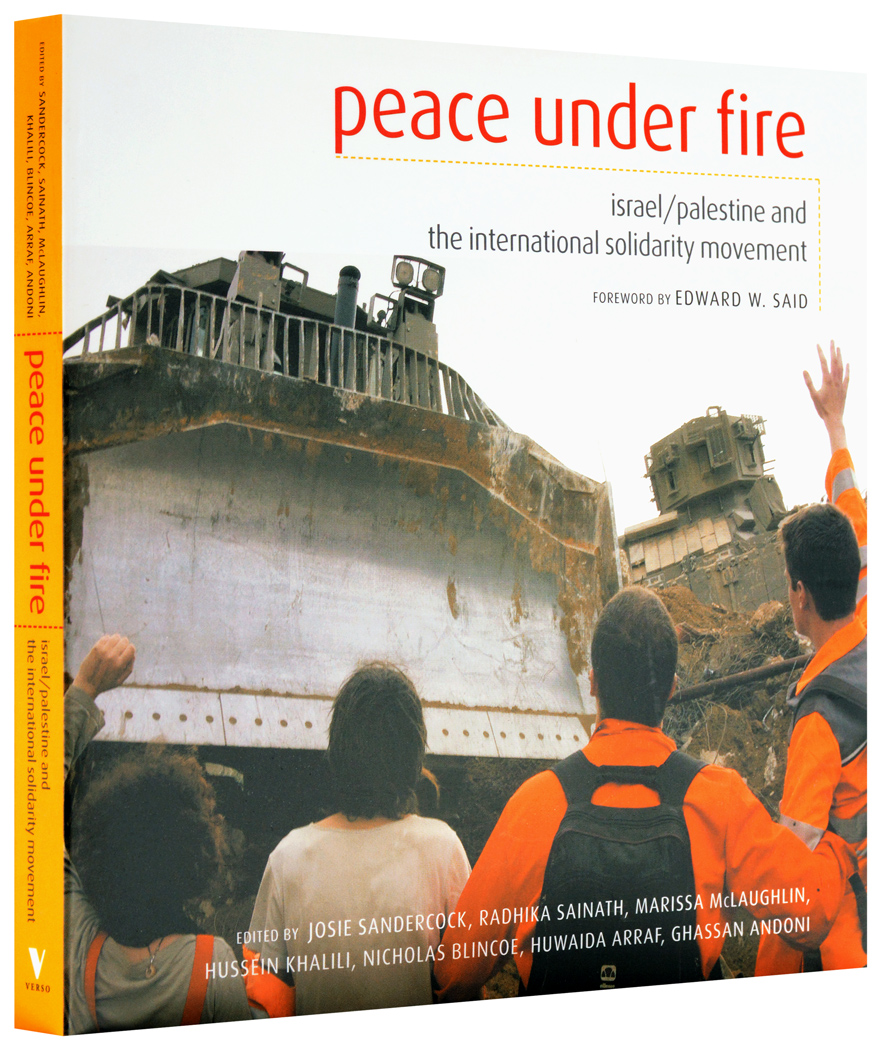 The story of the International Solidarity Movement.

The last two years have been the most brutal in the entire thirty-six year history of Israel's military occupation of the West Bank and Gaza Strip; indeed the most violent since the creation of Israel itself. The International Solidarity Movement (ISM) was founded as a peaceful resistance to that violence. Its highly visible actions, which have included breaking the sieges in Ramallah and Bethlehem, as well as saving countless lives, have shone a spotlight on Israel's occupation. Outlawed in Israel and nominated for the Nobel Peace Prize, the ISM has threatened the governing coalition with fears that Israeli opinion might at last be turning against them.

In showing what risks Palestinians take, ISM volunteers have also tragically been targeted. The deaths of Rachel Corrie and Tom Hurndall, as well as the shootings of Kate Edwards, Caoimhe Butterley and Brian Avery, have never been fully explained, covered up in the US and UK and brushed aside in Israelan unfortunate consequence of Israel's "war on terror."

This collection of accounts, drawn from web-logs and diaries of ISM volunteers, news articles, press releases, writings from the Corrie and Hurndall families, Rachel Corrie's last email home, and cover photograph by Tom Hurndall, reveals the real horror of life under occupation and describes the first signs of a new wave of international solidarity.

“What Rachel Corrie's work in Gaza recognized was the gravity and the density of the Palestinian people as a national community, and not merely as a collection of deprived refugees. That is what she was in solidarity with. And we need to remember that that kind of of solidarity is no longer confined to a small number of intrepid souls here and there, but is recognized the world over. ”