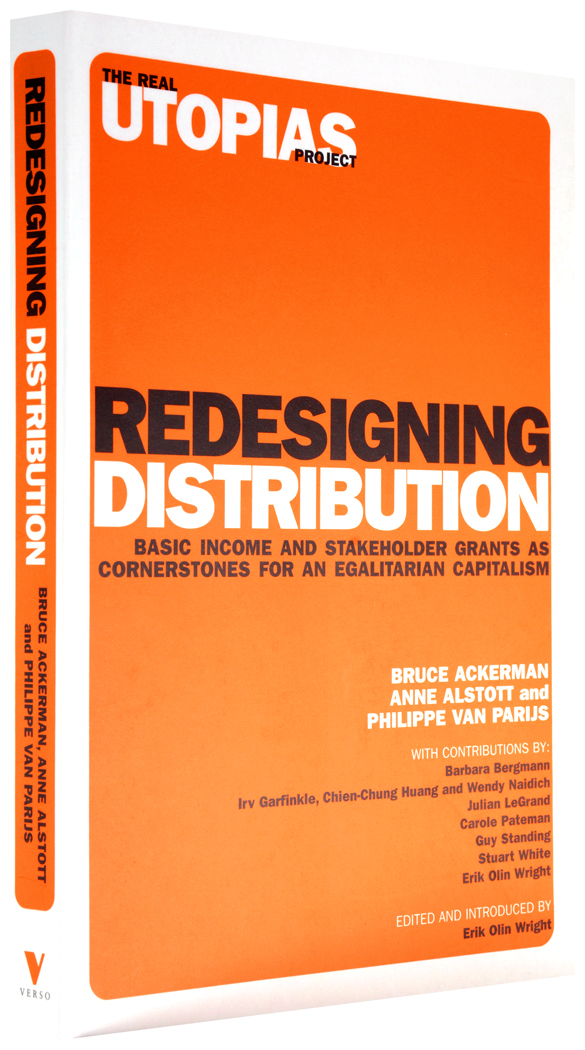 Two proposals that would make capitalism much more egalitarian.

Are there ways that contemporary capitalism can be rendered a dramatically more egalitarian economic system without destroying its productivity and capacity for growth?

This book explores two proposals, unconditional basic income and stakeholder grants, that attempt just that. In a system of basic income, as elaborated by Philippe van Parijs, all citizens are given a monthly stipend sufficient to provide them with a no-frills but adequate standard of living. This monthly income is universal rather than means-tested, and it is unconditional — receiving the basic income does not depend upon performing any labor services or satisfying other conditions. It affirms the idea that as a matter of basic rights, no one should live in poverty in an affluent society. In a system of stakeholder grants, as discussed by Bruce Ackerman and Anne Alstott, all citizens upon reaching the age of early adulthood receive a substantial one-time lump-sum grant sufficiently large so that all young adults would be significant wealth holders. Ackerman and Alstott propose that this grant be in the vicinity of $80,000 and be financed by an annual wealth tax of roughly 2 percent. A system of stakeholder grants, they argue, "expresses a fundamental responsibility: every American has an obligation to contribute to a fair starting point for all."

Zero Work is the Tendency, Negative Money is the Tool: To rescue Europe from the abyss of racist war we must design Europe 2.0