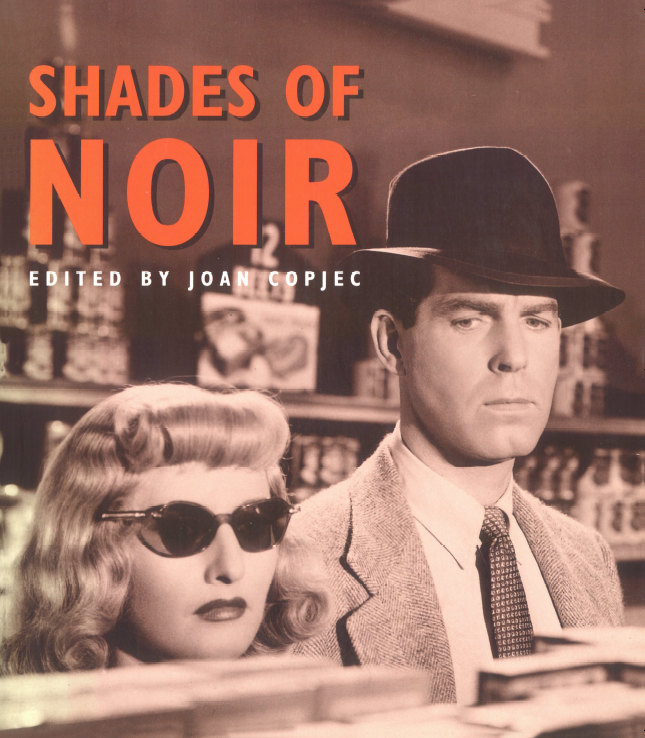 Paris, summer 1946: this moment marks an important event in cinema history, not of production but of exhibition.

For this was the summer when, after the hiatus of the Second World War, French critics were again given the opportunity to view films from Hollywood. The films they saw, including The Maltese Falcon, Double Indemnity. Laura, Murder, My Sweet, and The Woman in the Window, prompted the naming and theorization of a new phenomenon: film noir.

Much of what has been written about the genre since has remained within the orbit of this preliminary assessment. While sympathetic towards the early French critics, this collection of original essays attempts to move beyond their first fascinated look. Beginning with an autonomy of that look—of the 'poujadist' climate that nourished it and the imminent collapse of the Hollywood studio system that gave it its mournful inflection—Shades of Noir re-explores and calls into question the object first constructed by it. The impetus for this shift in perspective comes from the films themselves, viewed in the light of contemporary social and political concerns, and from new theoretical insights.

Several contributions analyze the re-emergence of noir in recent years, most notably in the hybrid forms produced in the 1980s by the merging of noir with science fiction and horror, for example Blade Runner and Angel Heart, and in films by black directors such as Deep Cover, Straight out of Brooklyn, A Rage in Harlem and One False Move. Other essays focus on the open urban territory in which the noir hero hides out; the office spaces in Chandler, and the palpable sense of waiting that fills empty warehouses, corridors and hotel rooms.

Finally, Shades of Noir pays renewed attention to the lethal relation between the sexes; to the femme fatale and the other women in noir. As the role of women expands, the femme fatale remains deadly, but her deadliness takes on new meanings.