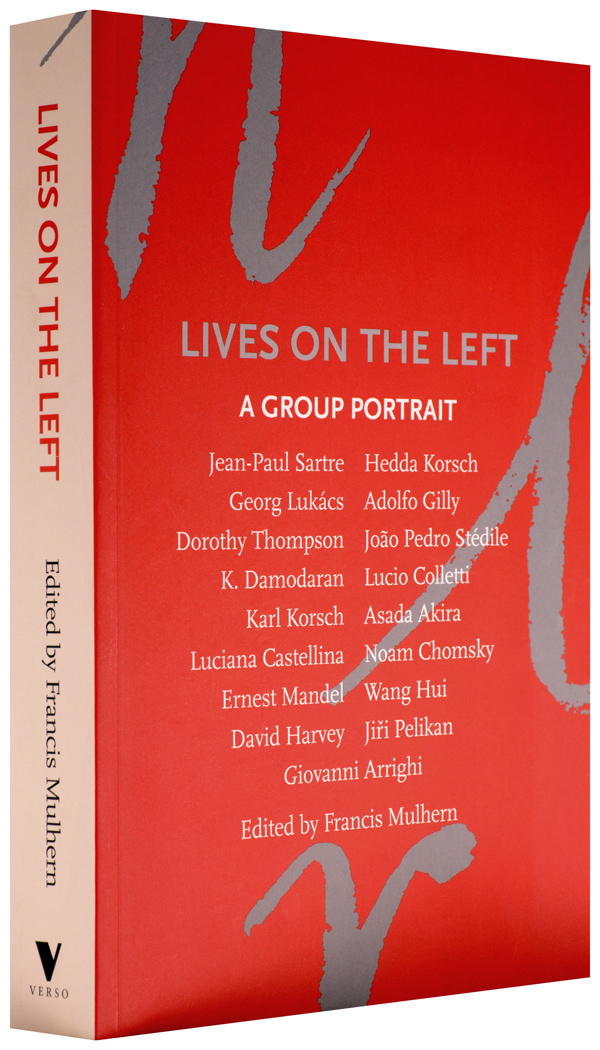 Voices of Sartre, Lukács, Chomsky, Harvey and others in conversation with New Left Review.

The extended critical interview is especially flexible as a form, by turns tenacious and glancing, elliptical or sustained, combining argument and counter-argument, reflection, history and memoir with a freedom normally denied to its subjects in conventional writing formats. Lives on the Left brings together sixteen such interviews from New Left Review in a group portrait of intellectual engagement in the twentieth century and since.

Four generations of intellectuals discuss their political histories and present perspectives, and the specialized work for which they are, often, best known. Their recollections span the century from the Great War and the October Revolution to the present, ranging across Europe, the Americas, Africa and Asia. Psychoanalysis, philosophy, the gendering of private and public life, capital and class formation, the novel, geography, and language are among the topics of theoretical discussion. At the heart of the collection, in all its diversity of testimony and judgement, is critical experience of communism and the tradition of Marx, relayed now for a new generation of readers.

New Left Review was founded in 1960 in London, which has remained its base ever since. In fifty years of publication, it has won an international reputation as an independent journal of socialist politics and ideas, attracting readers and contributors from every part of the world. A Spanish-language edition is published bi-monthly from Madrid.

“The biography of the review cannot be reduced to a formula: its experience so far has been too rich and too contradictory… It is up to date without being merely journalistic; it is scholarly but unscarred by citation-compulsion; and it is analytical about the long-term forces at work in politics rather than obsessed by the spume of the latest wavelet of manoeuvring and posturing… That's what I admire above all about NLR: its intellectual seriousness–its magnificently strenuous attempt to understand, to analyse, to theorise.”