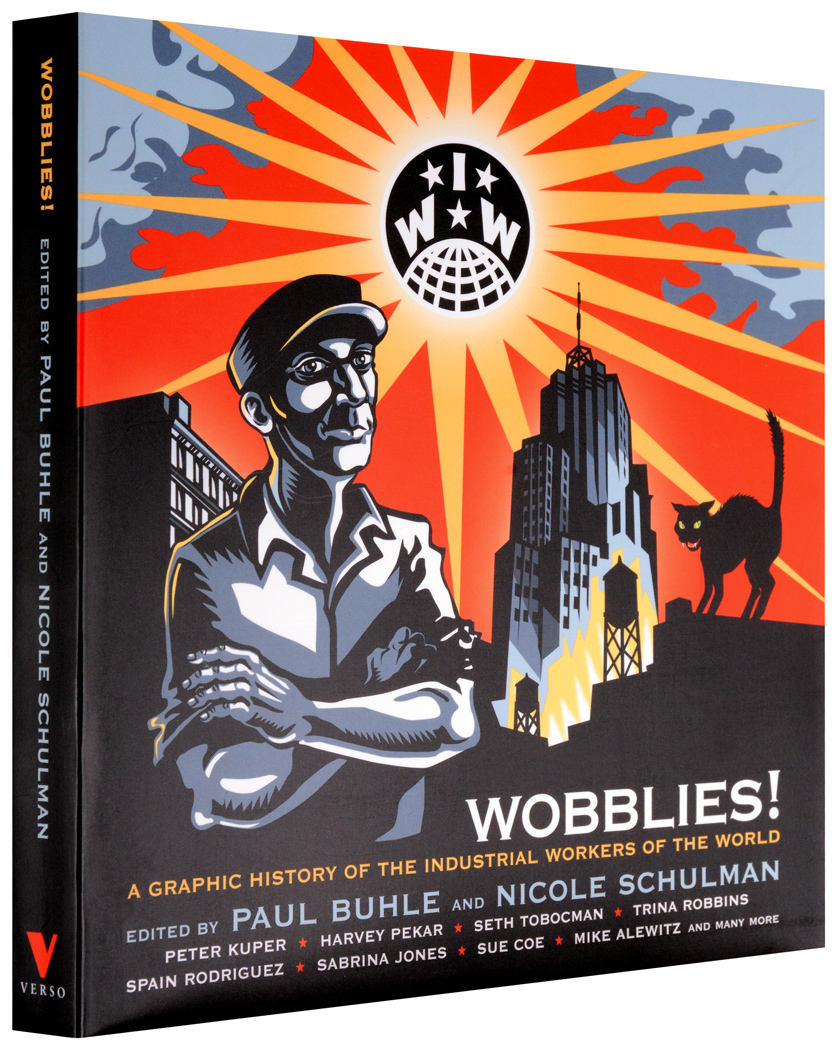 A vibrant history in graphic art of the Industrial Workers of the World.

The IWW, which has been organizing workers since 1905, is often cited yet elusive to scholars because of its eclectic and controversial cultural and social character. Wobblies! presents the IWW whole, scripted and drawn by old-time and younger Wobbly and IWW-inspired artists.

“Tell the bosses to go to hell and buy an extra copy of this wonderful history. Give it to an exploited friend or just leave it in a public place. On the centenary of the IWW, we should be replanting the seeds of rebellion.”

“Wobblies! is a magnificent commemoration of the IWW centenary. The book reminds us that the Wobbly way of direct action and solidarity is as relevant today as it's ever been. Get hold of the book, share it, and then go take on your boss.”

“When I was in graduate school, we longed for “Classic Comics” of some of our more inaccessible historical tomes. Paul Buhle and Nicole Schulman have gone way beyond that with Wobblies! A Graphic History. Carefully researched, interesting, informative and accessible, this book could not be more timely.”

“America, contrary to what you might have been led to believe, has a deep indigenous radical tradition. Wobblies! excavates an essential part of American history that has been conveniently overlooked in recent years, and does so with style, great graphics, and no punches pulled.”

“The Wobblies made a unique and remarkable contribution to American culture and the everlasting struggles for freedom and justice, with effects that reach very far, and should in the future as well. The excitement and inspiration of their creative and courageous work is brilliantly captured in this wonderful graphic history.”

“Paul Buhle and Nicole Schulman shine an illuminating spotlight on a dimly lit corner of American history with their Wobblies! A Graphic History…and, even better…it’s chock full of great images. The Wobblies never stood so tall.”

“Wobblies! is an entertaining and richly instructive history of the IWW, a story told largely through illustrations whose styles vary from spare to surreal. Some of the stories and biographies are familiar, others obscure or little known. But the lessons are stark: even the most progressive activists today suffer little for their convictions, and our dreams and expectations and goals are narrow and shriveled compared to those of the Wobblies who provide our inspiration.”

“More than a superb-looking coffee table book; it is an introduction to a critically important chapter in American history, and a graphic guide to grassroots political organizing. This book is highly recommended to fans of cartooning and class warfare.”

Out of the Verso archive

... and back in print! From Stuart Hall to Ellen Meiksins Wood, stock up on these classic works of theory and politics.