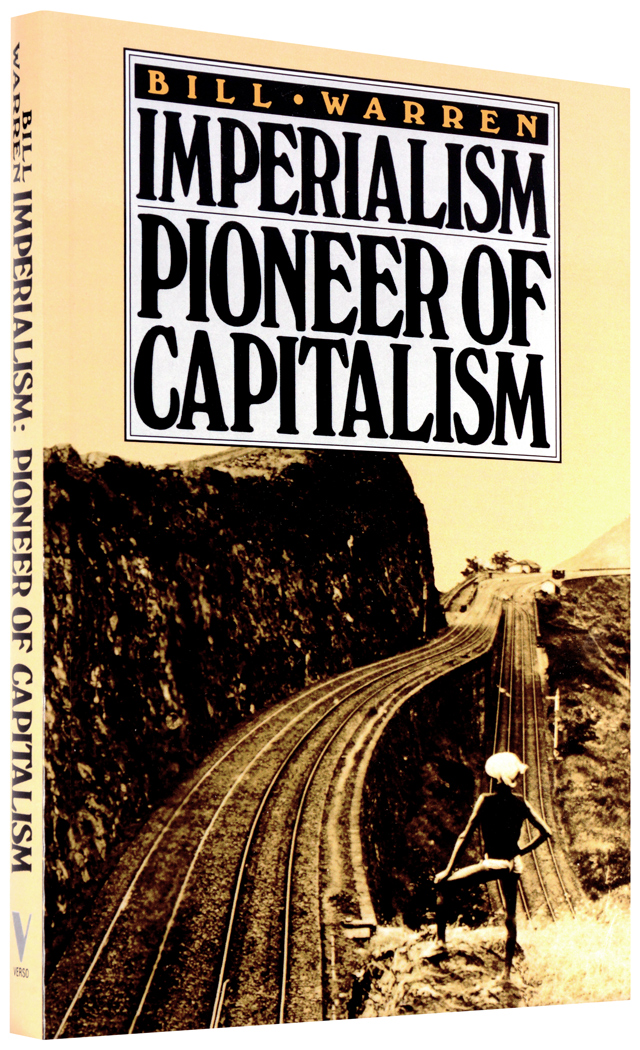 Ever since the First World War, socialists have considered imperialism a calamity: responsible for militarism, economic stagnation, and assaults on democracy in the metropolitan countries, an impediment to economic and cultural development in the Third World. So widespread has this view become that it is shared, in its essentials, not only by Marxists but also by an entire school of liberal development economists. Bill Warren breaks with this traditional outlook, arguing that the theory of imperialism, one of Marxism's most influential concepts, is not only contradicted by the facts, but has diluted and distorted Marxism itself.

In particular, Warren disputes the claim that "monopoly capitalism" represents the ultimate stage of senile capitalism and sets out to refute the notion that imperialism is a regressive force impeding or distorting economic development in the Third World. The book argues on the contrary that direct colonialism powerfully impelled social change in Asia and Africa, laying the foundation for a vibrant indigenous capitalism. Finally, it takes issue with the conventional view that postwar economic performance in the Third World has been disastrous, presenting a powerful empirical case that the gap between rich and poor countries is actually narrowing.

Closely argued, clearly written, original and iconoclastic, Imperialism: Pioneer of Capitalism is a compelling challenge to one of the chief tenets of contemporary socialist politics.

“Warren’s polemic lets a welcome gust of fresh air into a Marxist literature which has become little more than a cosy exercise in mutual reinforcement … This is the heaviest blow yet struck at dependency theory and all its antecedents.”

“This book is likely to be the centre of theoretical, empirical and political controversy for some years to come.”

“Bill Warren’s study of imperialism is clearly one of the most stimulating and compelling books of recent years.”

“This book, clearly written, original in content and logic, iconoclastic and tightly argued, presents a compelling challenge to many of the chief tenets of contemporary liberal and Marxist thinkers/activists.”

Nationalism and Imperialism: The Premises of Hobson's Definition