'Israel prefers to be a racist apartheid state and not a democracy': Ilan Pappé on Democracy Now

As the Palestinian death toll topped 1,000 this week, Israeli historian - and author of The Idea of Israel - Ilan Pappé talked with Democracy Now! about the current attacks in Gaza.

"I think Israel in 2014 made a decision that it prefers to be a racist apartheid state and not a democracy," Pappé says. "It still hopes that the United States will license this decision and provide it with the immunity to continue, with the necessary implication of such a policy vis-à-vis the Palestinians wherever they are."

See below for a full transcription of the interview.

AMY GOODMAN: As we continue our coverage of the crisis in Gaza, we go to Haifa, Israel, to speak with Ilan Pappé, a professor of history and the director of the European Centre for Palestine Studies at the University of Exeter in Britain. He's the author of a number of books, including, most recently, The Idea of Israel: A History of Power and Knowledge, joining us by Democracy Now! video stream from Haifa.

Welcome to Democracy Now!, Professor Pappé. At this point, over a thousand Palestinians have been killed, as well, I believe the number is 45 Israeli soldiers, and three civilians have been killed in Israel. Can you talk about the latest negotiations over a ceasefire and what you think needs to happen?

ILAN PAPPÉ: It's good to be on your show, Amy. There is no sign for a ceasefire on the ground itself. And there are sort of two competing initiatives still going on: The Egyptian-Israeli initiative that actually wants to dictate to the Hamas a return to the status quo and sort of marginalize and disregard everything that Hamas was fighting for, and there is a more serious effort that the secretary of state was trying to push forward, John Kerry, with the help of the Qataris and the Turks, to try and address at least some of the issues that are at the heart of this present wave of violence. But so far, none of the two has affected the reality on the ground, apart from a certain lull in the last few hours compared to the last 20 days.

AMY GOODMAN: There were protests in Tel Aviv. How many people came out at those protests, as well as Haifa this weekend? Were you there at the protest in Haifa, Professor Pappé?

ILAN PAPPÉ: Yes, yes, I was. Haifa, there were about 700 people. In Tel Aviv, there were 3,000. I should say that, of course, a large number of the protesters are Palestinian citizens of Israel. So the number of Israeli Jews who are courageous enough to come out and demonstrate is even smaller than these numbers indicate. And they were met by a very vicious reaction both from right-wing demonstrators and very harsh—and were harshly treated by the police.

AMY GOODMAN: What do you think it's most important for people to understand about the conflict?

ILAN PAPPÉ: I think the most important thing is the historical context. When you listen to mainstream media coverage of the situation in Gaza, you get the impression that it all starts with an unreasonable launching of rockets into Israel by the Hamas. And two very basic historical kind of backgrounds are being missed. The very immediate one goes back to June this year, when Israel decided, by force, to try and demolish the Hamas politically in the West Bank and foil the attempts of the unity government of Palestine to push forward an international campaign to bring Israel to justice on the basis of the agenda of human rights and civil rights.

And the deeper historical context is the fact that ever since 2005, the Gaza Strip is being—or people in the Gaza Strip are being incarcerated as criminals, and their only crime is that they are Palestinians in a geopolitical location that Israel doesn't know how to deal with. And when they elected democratically someone who was vowed to struggle against this ghettoizing or this siege, Israel reacted with all its force. So, this sort of wider historical context, that would explain to people that it is a desperate attempt to get out of the situation that your previous interviewee was talking about, is at the heart of the issue, and therefore it is soluble. One can solve this situation by lifting the siege, by allowing the people of Gaza to be connected with their brothers and sisters in the West Bank, and by allowing them to be connected to the world and not to live under circumstances that no one else in the world seems to experience at this moment in time.

AMY GOODMAN: Professor Pappé, over the weekend, BBC correspondent Jon Donnison reported on what was called an Israeli admission that Hamas was not responsible for the killing of the three Israeli teenagers in the West Bank in June. On Twitter, Donnison said Israeli police spokesperson Micky Rosenfeld told him the suspects who killed the three teenagers were a lone cell affiliated with Hamas but not operating under its leadership. What is the significance of this?

ILAN PAPPÉ: It's very significant, because this was, of course, known to the Israelis the moment they heard about this abduction and the killing of the three young settlers. It was very clear that Israel was looking for a pretext to try and launch both a military operation in the West Bank and in the Gaza Strip in order to try and bring back the situation in Palestine to what it was during the failed peace process, with a sort of good domicile, the West Bank and the Gaza Strip, in a way that they could forget about it and continue with the colonization of the West Bank without the need to change anything in their attitude or policies. And the depression in the West Bank, the frustration, the anger, especially in May 2014, of the killing of five young Palestinians by the Israeli army, burst out in this local action, this local initiative, that had nothing to do with the strategy of the Hamas, that was willing to try and give Abu Mazen leeway to create a unity government and to try the new initiative—going to the United Nations, going to international bodies, in order to make Israel accountable for more than 46 years of colonization and occupation. So it really highlights the connection between a pretext and a policy and a strategy which has wreaked such carnage in Gaza today.

AMY GOODMAN: Finally, Professor Pappé, you worked in Israel for years as a professor. You left Israel and now teach at the University of Exeter in Britain. You've returned to Haifa. Do you see a change in your country?

ILAN PAPPÉ: Yes, unfortunately, a change for the worse. I think the Israel is at a crossroad, but it has already made its decision which way it is going from this junction. It was in a junction where it had to decide finally whether it wants to be a democracy or to be a racist and apartheid state, given the realities on the ground. I think Israel, in 2014, made a decision that it prefers to be a racist apartheid state and not a democracy, and it still hopes that the United States would license this decision and provide it with the immunity to continue with the necessary implication of such a policy vis-à-vis the Palestinians, wherever they are.

AMY GOODMAN: What do you think the U.S. should do?

ILAN PAPPÉ: Well, the U.S. should apply the basic definitions of democracy to Israel and recognize that it is giving, it's providing an unconditional support for a regime that systematically abuses the human rights and the civil rights of anyone who is not a Jew between the River Jordan and the Mediterranean. If America wants clearly to support such regimes—it had done it in the past—that's OK. But if it feels that it wants to send a different message to the Middle East, then it really has a different agenda of human rights—

AMY GOODMAN: We have two seconds.

Read the full interview here and watch the video in full.

More on The Idea of Israel by Ilan Pappe.

The Case for Sanctions Against Israel is now available to download for free on our website.
Read more on the horror of the Israel-Palestine conflict from Ilan Pappe, Shlomo Sand,  Naji al-Ali and Ghada Karmi on our reading list.
See Ilan Pappé's recent interviews by BBC HARDtalk and The White Review.

The case for sanctions, from one of the BDS movement's leading figures, Omar Barghouti. 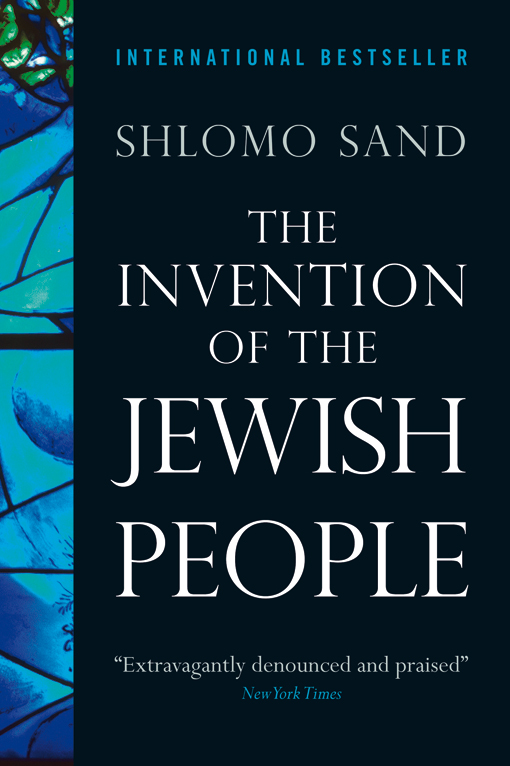