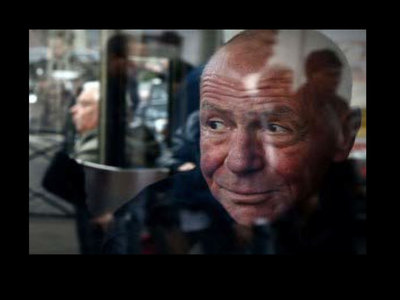 So, yes, we saw French Jews demonstrating in support of the State of Israel's actions in Gaza. This news can only add to the concern over the future of the Israeli Jews. Up till this point, we could always hope that good sense would prevail, that the Palestinians would continue to make the distinction between the Israeli people and the Israeli government, that a De Klerk figure would one day emerge from among the Israelis and that the logical, just solution would ultimately see the light of day: reconciliation and the co-existence of the ten million people who live between the river Jordan and the sea, in a common state in which they would all be free and equal.

But with what is happening in Gaza at the moment, this perspective is drifting away. The danger is that a real hatred for the Jews will take root among the Palestinians, who will see them as largely united behind a government that sends its tanks and planes against the civilian population. Even yesterday the majority of Palestinians accepted the idea of living together with the Israeli Jews, in the same country and with the same rights. But now there is the risk that hatred against these people will take root in Palestine; or, at least, the desire to cast off this burden.

People will say, rightly enough, that the goal of the 31 July demonstration was to help Israel to maintain its position of strength, both in the region and with respect to the world. Such support is short sighted, however. No state can enjoy any lasting survival based on waging an eternal war against its neighbours – and the Palestinians are not even just neighbours, given that more than a million of them are Israeli citizens. Whatever the aid that the United States and the West as a whole give to Israel, one day the wind will change direction and so, too, will the balance of forces. What will become of the Israeli Jews then? Their state mounts a policy of colonial repression; but, much unlike the French settlers in Algeria or the Dutch in Indonesia, the Israelis have no metropolitan homeland to fall back on. The leaders who maintain this policy – a policy from a past era – hope, perhaps rightly, that this situation will outlast them. But those who are thinking in the longer term can see disaster coming into view. That is, moreover, the reason why tens of thousands of Israelis are making requests for German, Polish and Austrian passports, just in case...

The organisations that claim to represent 'the French Jews' could turn to reconciliation, and support the small minority of Israelis who courageously oppose the war. They do just the opposite – their leaders, as a rule, support the policy of the Israeli government no matter what it happens to be. They are ready to fight for the State of Israel, right down to the last Israeli. Their call to demonstrate on 31 July was a grave error, strengthening the positions of those who went to the march to shout 'Death to Arabs!' as well as those people mounting an operation that really is killing Arabs in the here and now.

Translated from the French by David Broder. To read the original text in Libération click here.
Tagged
Gaza
Israel-Palestine