40% off ALL books for May Day!
1 day left
Gayatri Kumar
comments

In conversation with Leo Panitch, author of The Making of Capitalism: The Political Economy of American Empire

Leo Panitch, professor of Political Science at York University, and co-author of The Making of Capitalism: The Political Economy of American Empire,  recently spoke to New Books Network about his work in an in-depth interview. 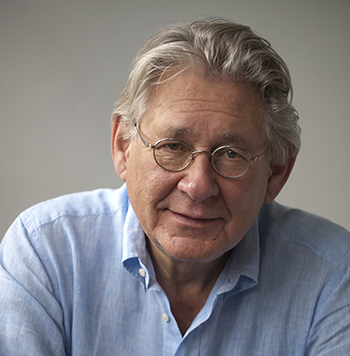 In The Making of Capitalism, Panitch and co-author Sam Gindin argue that the American state has been central to the creation and maintenance of a global capitalist economy, and that the internalization of American capital in sovereign states across the globe has placed the US at the helm of an informal empire. The book won the 2013 Deutscher Prize for the most innovative writing in or about the Marxist tradition.


In the interview, Panitch argues that the spread of capitalism was historically contingent rather than inevitable, and secured by the orchestrations of American leadership. From the golden age of post-WWII reconstruction through the inflationary crisis of the 1970s and the neoliberal turn, Panitch traces the gradual  “Canadianization” of sovereign economies with the influx of American capital. Panitch also reflects on the possibilities for resistance within current political structures while looking forward to the creation of better democratic socialist institutions.

When asked about the potential to make formal democratic structures truly democratic and egalitarian, Panitch said :

The formal democracy and the formal equality among nation-states is not nothing; it’s very real. As Victor Hugo said, the rich and the poor are equally free to sleep under the bridges of the Seine, and that captures both the fact that they are equal, and the fact that when you're rich and when you’re poor determines whether you’re likely to be sleeping under a bridge in the rain rather than in a warm bed. And we increasingly see this in this very unequal capitalism. It doesn't mean, that the formal citizenship rights we have, rights to vote, freedom of association, ­amount to nothing. That’s why there are protests, that’s why there’s an indeterminacy about who will get elected, why there’s a possibility that new parties may emerge, as indeed occurred in Europe; some of them from the Left, which are promoting very radical progressive solutions to the crisis, and others that are promoting very reactionary solutions to the crisis, both of which would break up global capitalism in some ways. Some are coming from the right, they’re very ethnically-based; they’re trying to protect people on the basis of ethnic identity, of beggaring thy neighbor in the worst sense of the term, as opposed to others that have a more universalistic egalitarian orientation. So, I think what we have in terms of democracy matters. But it is obviously colored, constrained, informed, limited by the capitalist world in which it is embedded.

Visit New Books in World Affairs to listen to the full interview.