Verso Classics: back in print and 40% off!
4 days left
Gayatri Kumar
comments

Junot Díaz: "I think the occupation of Palestine is fucked up" 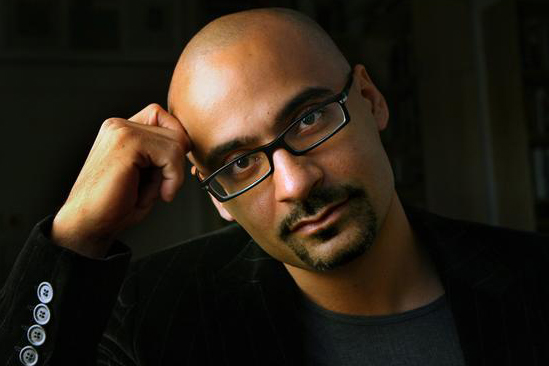 "If you say, I think the occupation of Palestine is fucked up on forty different levels, people are like, you're the devil, we're going to get your tenure taken away, we're going to destroy you. You can say almost anything else. You could be like, 'I eat humans,' and they'll be like bien, bien."

Letters to Palestine: Writers Respond to War and Occupation, edited by Vijay Prashad, is a collection of personal essays, letters, and poems to and for Palestine from some of the most prominent writers, thinkers, and activists of our time, including Junot Díaz, Teju Cole, Mumia Abu Jamal, Robin Kelley, Noura Erakat, and Corey Robin.

To mark the book's release, we bring you Junot Díaz's foreword to the collection.

Americans Are So Deranged About Palestine

I grew up in the '80s in Central New Jersey, and every single kind of colonial settler calamity was present in my community. I was friends with an Irish kid, the only white kid in our community, and a hard-core Irish Catholic republican. His family used to pass the hat around in church to raise money for the IRA. My other friend was an Egyptian kid whose family extended into Palestine, and throughout the '80s, while everybody else was watching John Hughes movies, this kid had me on point on Palestine. And then of course this was at the height of the apartheid movement. So all of my African American friends, well, two of them, not all of them, had parents who were part of the leftwing, pro-ANC, anti-apartheid movement. I'm in this poor community and this is all just getting beamed into my head.

So by the time I was in college, I could give you chapter and verse on anti-Zionist projects. And look, for many people it's a really tough issue. It's like we've kind of gotten deranged, so that there are certain areas we can't discuss. And of course the situation in Palestine is an utter taboo in this country. Our ideas of terrorism, our ideas of Arabs, are over saturated with the most negative, weirdly perverse racist ideologies. I can't even turn on the news for five seconds without hearing the most racist shit about Arabs or Muslims. And so in that kind of atmosphere, it's just a shouting match. If you say, I think the occupation of Palestine is fucked up on forty different levels, people are like, you're the devil, we're going to get your tenure taken away, we're going to destroy you. You can say almost anything else. You could be like, "I eat humans," and they'll be like bien, bien.

On the basic, basic level: If you are occupying other people's shit, guess what—you are fucked up. That's that. And that's a tough thing for people to stomach. Because we live in a country that's currently occupying people's fucking land. Perhaps Americans are so deranged about Palestine because Americans are thinking, if we give up here, these fucking Indians are going to want their shit back. Well, maybe they should get their shit back. Since 90 percent of us don't own anything, I don't know how much it would hurt us.