40% off ALL books for May Day!
1 day left
Vijay Prashad
comments 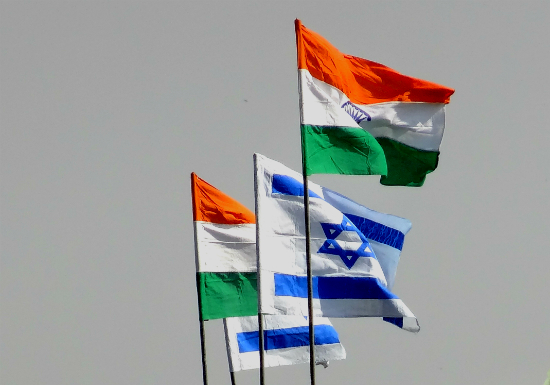 The UN Human Rights Report (the Davis Report) on Israel’s conduct in the war on Gaza last summer is forensic and clear. It points the finger directly at Israel’s alleged war crimes. Criticism of the Palestinian resistance is obligatory. But it says little. The asymmetry of the war is such that Israel bears the greater responsibility for the crimes. That is why the UN Human Rights Council voted overwhelmingly to move the process to the International Criminal Court.

India, strikingly, voted to abstain in the Council. This is a major departure for India, which is why the Palestinian Ambassador to New Delhi was “shocked” (as he told Suhashini Haider, the Hindu’s Diplomatic Editor, today). In the Hindu today, I have an assessment of India’s vote – I ask, Is India bending towards Israel? LeftWord Books published a fine collection earlier this year, edited by the novelist Githa Hariharan, entitled From India to Palestine: Essays in Solidarity. It offers a clear-cut analysis of why India has drifted from its internationalist pro-Palestinian position to the narrower orbit of Israel and the United States. I strongly recommend that book. Of that book, Reem Kabbani writes in Biblio, “With India’s growing strategic cooperation, increasing trade relations and new found military partner in Israel, readers are left with a vivid image of the extent of which India is complicit in assisting the Israeli state maintain occupation and oppression.” The book, she notes, “is a call for global solidarity with the people of Palestine.”

Indeed, the book comes out of the work of the Indian Campaign for the Academic and Cultural Boycott of Israel. In response to the Indian vote, the Indian Campaign joined with the Palestine Solidarity Committee in India and the All-India People’s Solidarity Campaign to release a sharp statement. Here’s the sharp comment at the end: “We demand that India not be party to whitewashing Israel’s flouting of international law and its occupation of Palestine.” The only political party in India to retain its firmly pro-Palestine commitment is the Communists. The CPI-M noted, for instance, that abstain vote “appears to be preparing the ground for appeasing Israeli interests in view of the upcoming visit of Prime Minister Narendra Modi to Israel.” The linkage between the Hindu Right and the Israeli establishment is an old one – as I have been writing for two decades now (most recently last year at Mondoweiss). It is now up to the rest of us to hold off their natural alliance becoming official Indian policy.