Those Children, That Gaza 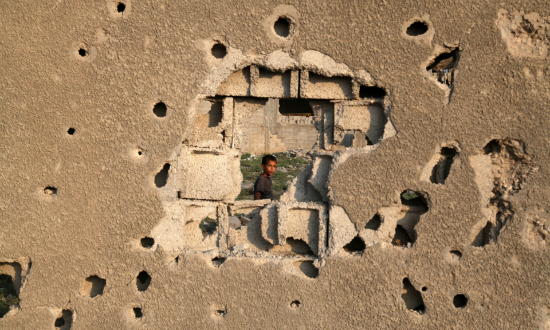 Four children playing soccer or perhaps hide and seek amongst the fishing boats on a beach in Gaza. Israeli bombs target them. Journalists, who were in a hotel within sight of the children, see them running and then watch the Israeli ordinance mow them down. Among the journalists was Peter Beaumont of the Guardian. He wrote movingly about their death. Israel conducted an inquiry on the killings and debunked suggestions that this was a war crime. The Israeli military said that the children looked like Hamas’ naval unit.

No wonder that on the anniversary of that 2014 bombing, Peter took to the Guardian to report in empathetic detail on dead Palestinian children and those who remember them. It is important to underscore that five hundred Palestinian children died in the Israeli barrage. Peter looked at the Doha School, which lost six of its students. Each of the stories is poignant. Here is Mahmoud Hussein Mahmoud Muamar said this of the murder of his son Anas:

“It was two o’clock in the morning. We weren’t sleeping here. It was too dangerous. So we were staying in another place we thought was safer. There was a very loud explosion. Anas had been sleeping but woke up and went to the balcony to see what had happened. After a while they went back inside. That’s when the house was hit again. His two brothers were killed and Anas was injured. We took him to the hospital … but he died. He was a good boy. He was a good student who liked football and followed Barcelona. He was religious, like his brothers. This year he was supposed to have been in the twelfth grade. I wanted him to go to university and become a teacher.”

The children who survived the bombing continue to suffer its terrible effects. UNICEF in Gaza continues to play a significant role in the aftermath. They released a video that should be seen widely.

Pernille Ironside and her team in Gaza have worked tirelessly to bring attention to the violence visited upon the children and their communities. It is the reason why UNICEF honoured them recently.

Pierre Krähenbühl, Commissioner General of the UN’s main agency for the Palestinians (UNRWA), said on the anniversary of the war, “There also needs to be accountability for international law violations to the 2014 conflict. Investigations must be carried out in accordance with international standards. Victims of violations should be promptly and adequately compensated and have access to an effective remedy.” Accountability is in short supply. The Davis Report from the panel created by the UN Human Rights Council has now been referred to the International Criminal Court by a majority vote (only the United State voted against the motion). Will there be accountability for the children of Gaza who were murdered and those whose lives continue to be compromised?
Tagged
Israel-Palestine
Guest Editor
July 8 - Gaza Conflict